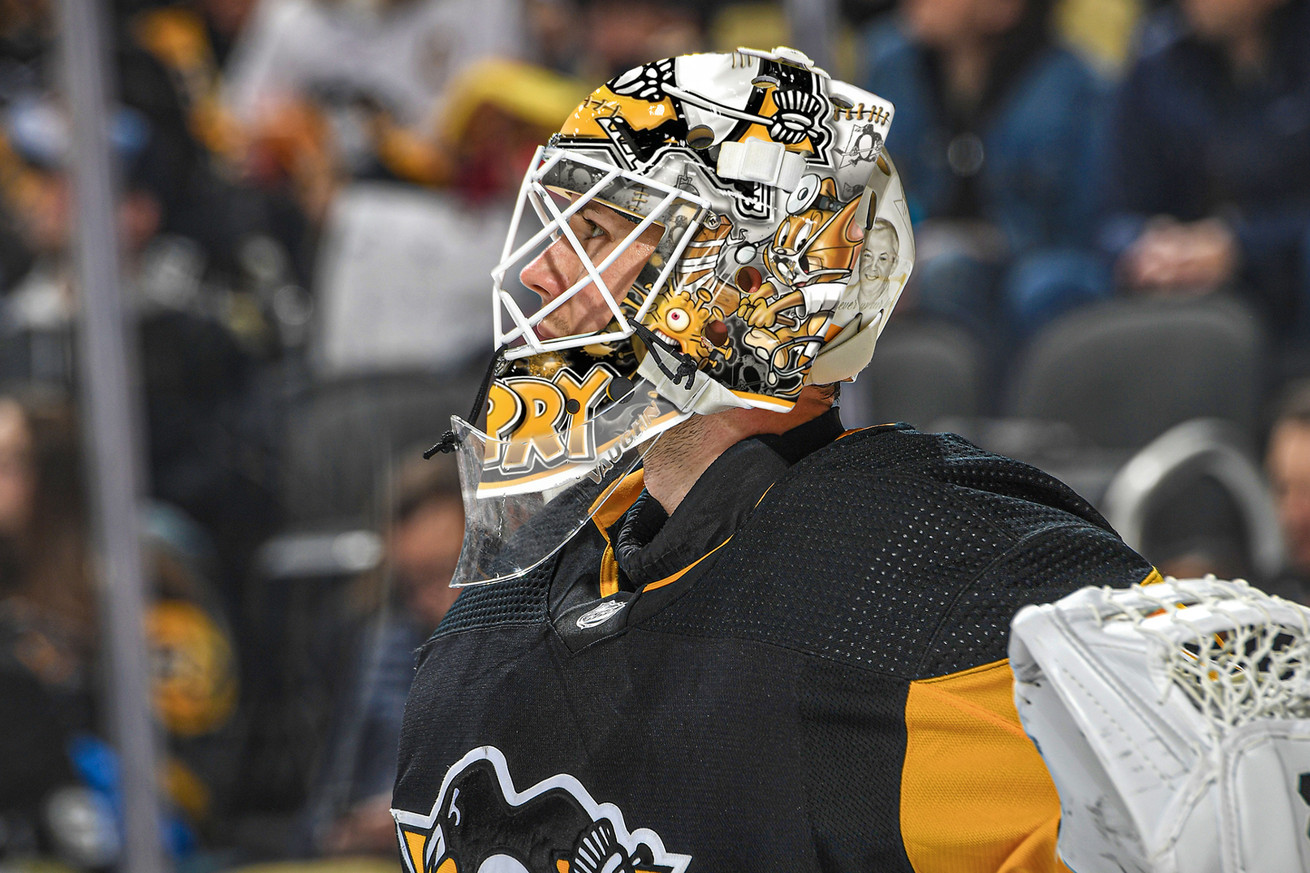 The goaltender shared in detail why he chose to display what was on his mask.

Tristan Jarry recently spoke at length about some of the decisions behind what he has chosen to wear on his helmet and mask.

Jarry spoke with Michele Crechiolo of the Penguins and talked about the Tom & Jerry characters featured as well as his decision to honor frontline workers amid the Coronavirus pandemic.

Jarry mentioned how the use of Tom & Jerry came up when he was playing with the Edmonton Oil Kings and had two European teammates who would often who often had fun with Jarry’s last name and how it sounded similar to the cartoon character.

When Jarry started working with a new artist Dave Fried last season, he said that Fried likes to feature current events in his designs.

That’s when the decision came to honor frontline heroes as the Coronavirus pandemic continued.

Still featuring Tom & Jerry, the pair was wearing facemasks and using hockey sticks and a syringe to “fight off” the virus.

Jarry also referenced wanting to thank and honor frontline heroes as it hits home with his parents owning a grocery store in British Columbia.

What Jarry ends up featuring on his next design will be something to keep an eye on, now that we know that current events may be featured at any given time.