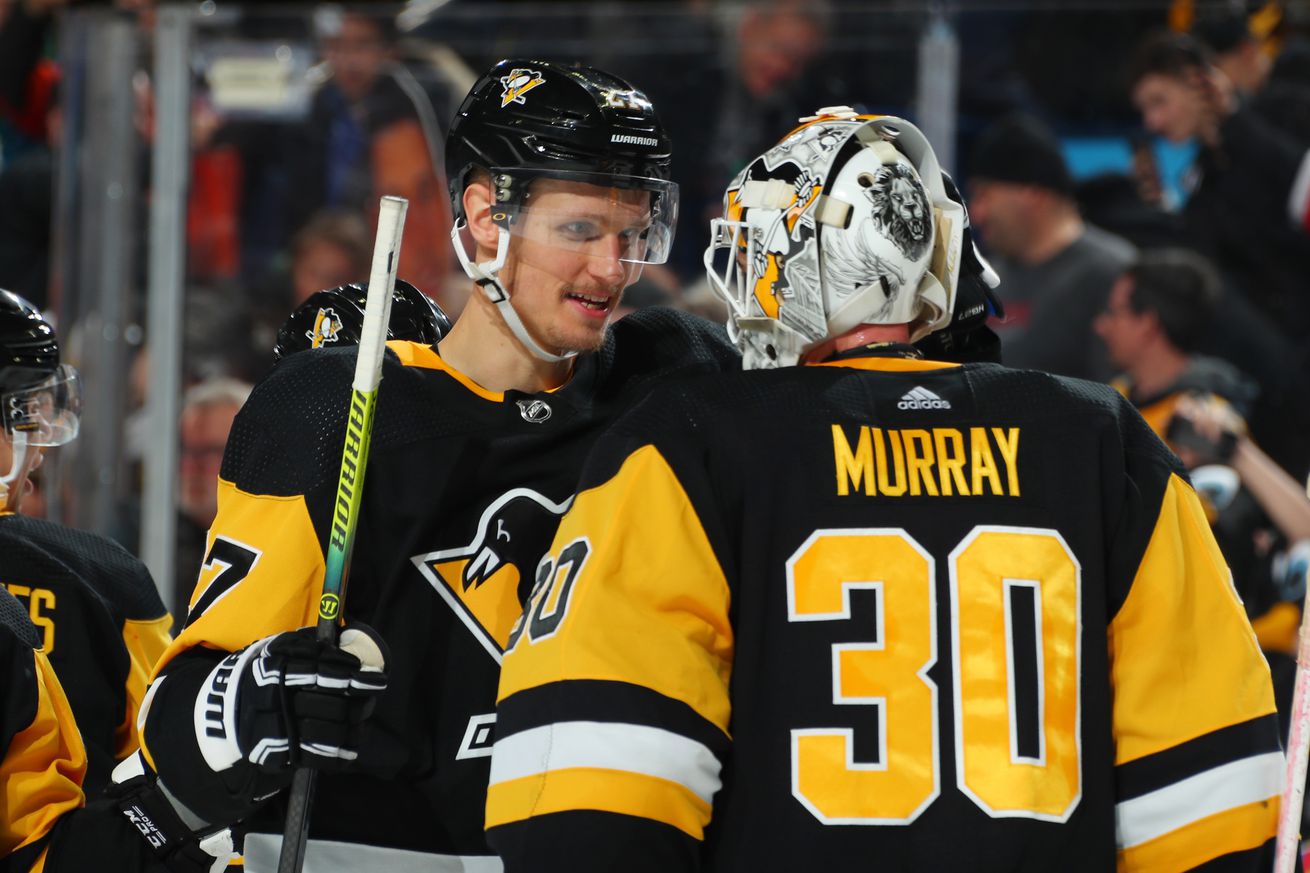 Plenty or rumors floating around involving the Penguins the last few days and another trade happened last night.

We’re now closing in on one year since training camps opened for the 2019-20 season. Yet the NHL Playoffs continue to chug along because it’s 2020. Get up to date with the happenings for the Penguins and the NHL with today’s Pens Points.

The Penguins made another trade last night by trading Nick Bjugstad (well, 50% of Bjugstad) to Uncle Bill and the Minnesota Wild for a 7th round pick. [PensBurgh]

General Manager Jim Rutherford announced several weeks ago that the Penguins are planning on limiting expenses next season. How can they find ways to do that? [PensBurgh]

Steve Mears has had a lot of free time since the Penguins were eliminated. He added a new sport to add to his portfolio. [PensBurgh]

Tim Benz also tackled some rumors about Matt Murray. He addressed the rumors that Matt Murray is number one on Colorado’s list of targets this offseason. [Trib Live]

The promotion of Mike Vellucci from WBS to Pittsburgh opened the door for a new bench boss. GMJR announced AGM Jason Karmanos has taken over managing duties for the AHL and he announced J.D. Forrest as the new head coach, promoting Forrest who was an assistant coach. [PGH Hockey Now]

The Islanders finally got one in the win column against the Tampa Bay Lightning. They didn’t do it they way you’d expect. Instead they outscored the Lightning en route to a 5-3 victory. [NHL]

Losing is never fun but the Lightning haven’t experienced that feeling since August 23rd in Game One in their series against Boston. Here’s the game from the Lightning’s perspective. [Raw Charge]

The NHL announced that the Draft will take place on October 6-7 with free agency opening on October 9th. There won’t be an interview period between the draft and free agency, so it could be a pretty wild first day in free agency again. [yahoo!]

Ranking the top 12 UFAs available this offseason. Some big names could possibly be wearing new sweaters next season. [Bleacher Report]

The NCAA wasn’t immune to a Covid shut down, announcing that the hockey leagues will not be playing this season on time but it’s not a death sentence as they will re-evaluate at a later date. [The Hockey News]

You may have heard of the “six degrees of Kevin Bacon”. Meet the NHL’s version – Rick Bowness. [yahoo!]