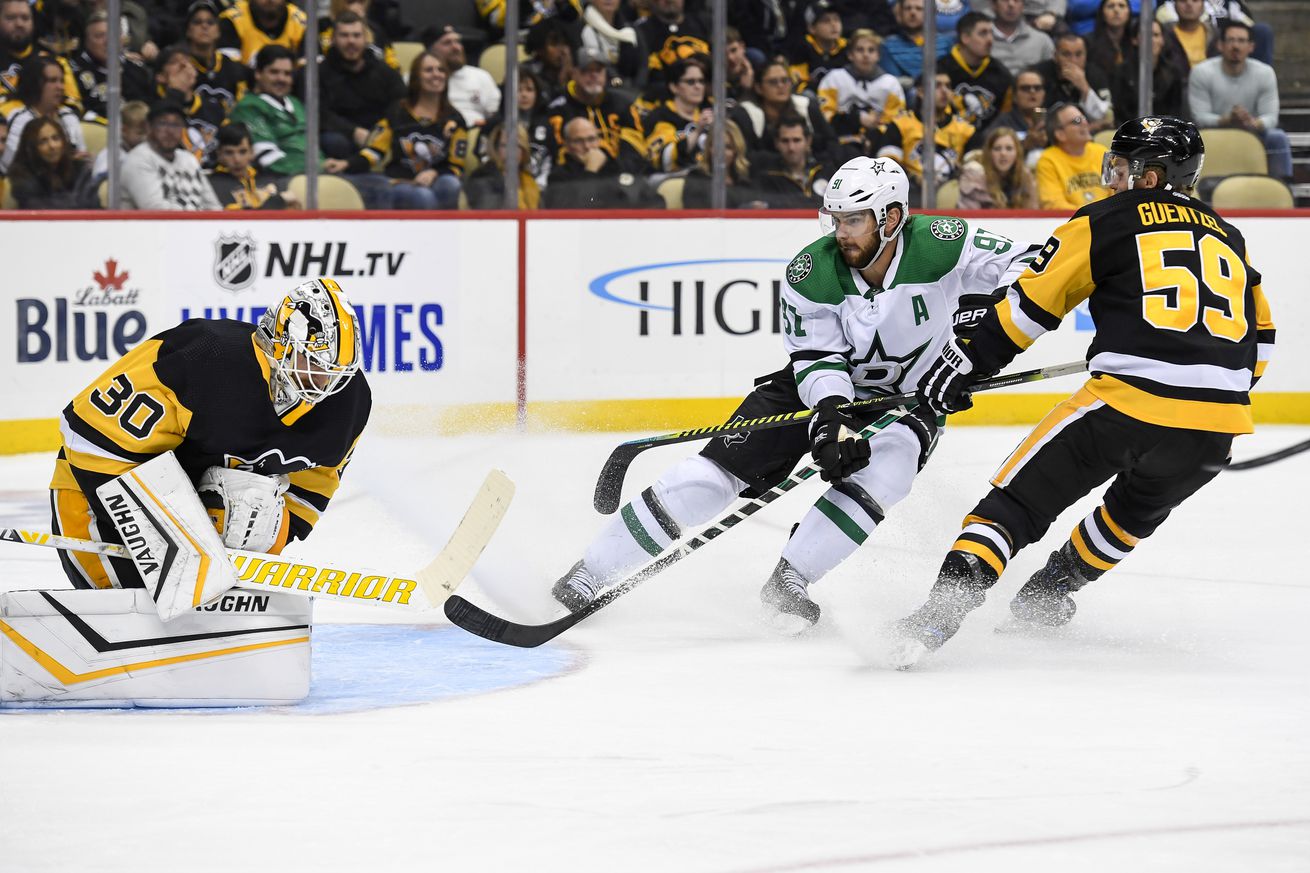 A good point in the week to step back and talk about regression. One aspect of hockey that is very interesting is the variability involved. Real life isn’t a video game where a player is an 85 overall and consistent every second of every shift. For most players there are huge swings of strong performances ebbing and then invariably evening out and crashing back to true talent levels.

This focus attempts to point out at least what to watch for in terms of some regression based off of the 2019-20 season results. It doesn’t necessarily mean a terrible performance is up coming, but when certain areas get too unsustainably out of line, trends and predictions — or at least areas to keep an eye on — can be established, We did this last year based off 2018-19, so let’s check in on the results from then.

It’s sacrilege to doubt Guentzel, right? But 2018-19 saw Guentzel go off the charts scoring 33 even strength goals, and 64 ES points. Unfortunately a major shoulder injury derailed any hopes of getting close to those raw numbers before the pandemic would have had the chance to finish it off. Guentzel ended up with 14 ES goals and 33 ES points in 39 games.

After going from 22 goals in 2017-18 up to 40 goals in 2018-19, the natural question would be just how much Guentzel could maintain. Obviously with his skill and lineup placement he was a good bet to maintain a lot of that, and he did just that.

There weren’t really many doubts at all, but more data just makes it clear that Guentzel’s reliable form, given health, is a lot closer to his 40 goal output in 2018-19 rather than his 22 goal season in 2017-18.

The reason for this was the performance of Matt Murray.

While it seems to be a common narrative or fan perception in some quarters that “Murray hasn’t been good in years”, that isn’t accurate. Murray hasn’t always been consistent, his start to 2018-19, for instance, was not great — but his overall numbers in 2018-19 were very impressive.

Murray finished tied-6th in the NHL (minimum 1,000 minutes) with a .934 5v5 save% in 2018-19. Of the five who finished better than Murray in that category, two were Vezina finalists (Ben Bishop, Robin Lehner; the winner) and another rode a hot wave to win the Stanley Cup (Jordan Binnington).

Thus the great goalie volatility conundrum when the starting goalie goes from one of the very best in the league one season to one of the very worst the next season, for no apparent rhyme or reason other than goaltending is voodoo and consistent performances are almost impossible to predict or rely on, outside of a handful of very elite top-end netminders.

The good news for the Pens is that rookie Tristan Jarry finished tied-9th in 5v5 save% at .927% and helped boost the team back up to middle of the pack.

But goaltending performance, namely Murray’s, was a huge issue for Pittsburgh this year. As a result of his subpar 2019-20 and being up for that new contract, it is expected that Murray will be traded and Jarry will be given the opportunity to be the new starter.

2019-20 results support this as not only smart but the only choice to make. However, expand back a bit and it’s clear that Matt Murray is still a quality netminder and could very much positively regress next season in 2020-21 and re-find his form as one of the better goalies in the game.

After four seasons from 2015-18 of being an average of a 45.4% Corsi For% player that only controlled 43.7% of scoring chances, rugged defenseman Erik Gudbranson flashed in Pittsburgh with a surprisingly strong 54.8% CF% and 58.4% Scoring Chance% in 18 games in 2018-19. The player whose teams surrendered 2.83 Goals Against/60 in previous stops had improved that number to just 1.51 with the Pens!

Had the Penguins found a new player that could shine in their system and live up to his high draft pick billing?

Gudbranson’s play in 2018-19 with the Pens, while impressive, admirable and unexpected, was also a complete mirage. A trick of a fast start and short sample. Fun but a blip in the radar before a return to form.

That return came mostly in Anaheim, after a trade shipped the defender out of the organization about as quickly as he had entered. Gudbranson played seven games wit hthe Pens in 2019-20, with his Corsi numbers dipped back under the 50% mark (48.3%). He was actually OK on a poor Ducks’ team — a 49.7% Corsi% is one of his strongest individual seasons, but the regression bit hard. A 59.1% xGF in that brief Pittsburgh stint last year turned back into the cold reality of a 46.3% xGF% with the Ducks, more in-line with career norms.

The Pens used the excuse of being up against the salary cap and needing to trade Gudbranson to free up the space to activate Bryan Rust from the IR — which isn’t an excuse so much as a valid explanation of what happened — but that was also a convenient cover to get out from a bad player and bad contract before the regression bit too much.