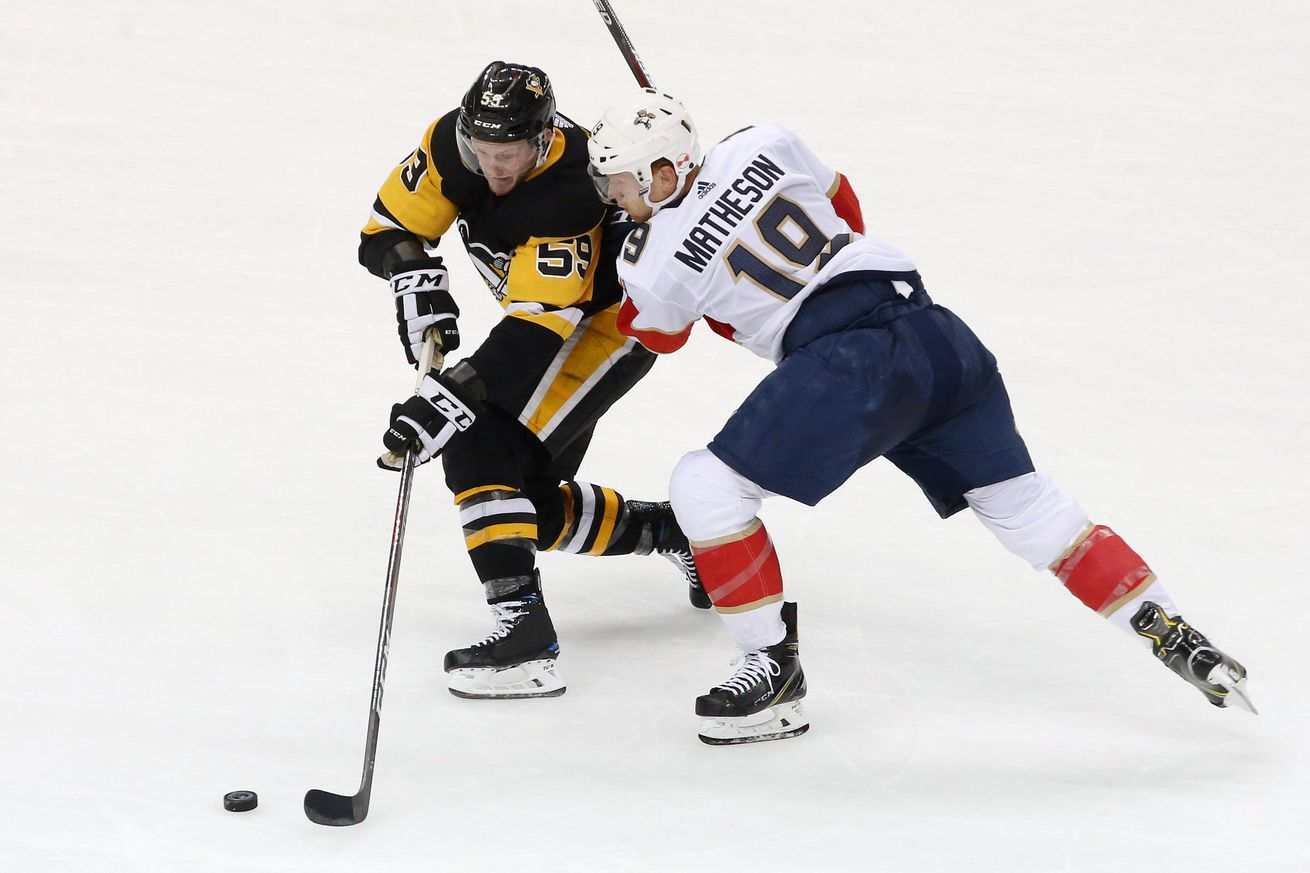 For only being a little under 24-hours-old, the Mike Matheson — Patric Hornqvist trade saga has already been filled with approximately seven billion twists and turns.

From rumors of Jim Rutherford not notifying Hornqvist about waving his no-trade clause, to issues regarding insurance in the case of a Hornqvist injury while playing for the Panthers, this potential trade has already had more storylines injected into it than an afternoon soap opera.

Now, there are even murmurs about the trade being “stuck” or called off altogether.

But in the event the trade does find a way to be completed, as it stands now, the Penguins would be shipping off longtime fan-favorite Patric Hornqvist for 26-year-old defenseman, Mike Matheson.

Who exactly is Mike Matheson, and could he help the Penguins capture another Stanley Cup?

First, let’s get a description of the player from Todd Little, the managing editor of SB Nation’s Florida Panthers website, Litter Box Cats:

“He struggles with positioning, decision-making in his own end and turnovers. He either lost confidence along the way after looking pretty good earlier in his career or just became uncoachable when he got a long-term deal. Not really sure what went wrong…”

“The Panthers aren’t a model franchise when it comes to developing young talent, so maybe part of the blame lies there, but a lot of the mistakes Matheson makes are just simple things that a defenseman with his experience should absolutely not be making.

[Matheson] is a really good skater and has all the tools to be a good player, but man, he single-handedly lost the Panthers games at times and was brutal in the first two games of the [2020 playoff] series against the Islanders. Lots of raw talent there – maybe the Pens can mine it. It wouldn’t shock me, but I won’t lose any sleep about moving out the rest of that contract.”

Ho boy, there is a lot to unpack there. Not exactly a ringing endorsement from Todd, who has watched Matheson on a nightly basis.

Matheson’s career stats and advanced metrics are as follows:

Being a first-round pick in the 2012 NHL Draft, Matheson was given chances to succeed, as evidenced by his deployment and ice time throughout his career, but things looked to have cooled down quite considerably, and he has found himself on the third pairing throughout this past season.

While Matheson was not asked to be the anchor on the defense in Florida, the fact that the team performed better without the player on the ice is not a very welcoming sight.

In short, Matheson is an okay (at best) defender who can definitely chip offensively, but his possession metrics don’t light the world on fire.

While playing in 59 regular season games this year, it appears Matheson fell out of favor with the coaching staff by the time the playoffs were in full swing, as the Pointe-Claire, Quebec native was a scratch in the Panthers’ final two playoff games before the team was eliminated by the Islanders, which would add up to what Todd said above.

The coast-to-coast goal was very impressive. Not sure if Matheson would be asked to join the rush like that if he comes to Pittsburgh, but his offensive instincts are still there.

Judging from everything above, acquiring Matheson doesn’t seem to be the right move for the Penguins, at least in my view. He is a subpar possession player with decent point totals who has fallen out of favor with the Panthers and makes almost $4.9 million. There are too many issues for me to justify a trade, especially if Matheson is coming here to play bottom-pair minutes.

Shedding Hornqvist and his salary may be a necessity if the Penguins want to get younger, faster, (and a bit cheaper), but doing so to bring in yet another below-average left-handed defender does not fill me with much positivity heading into free agency.