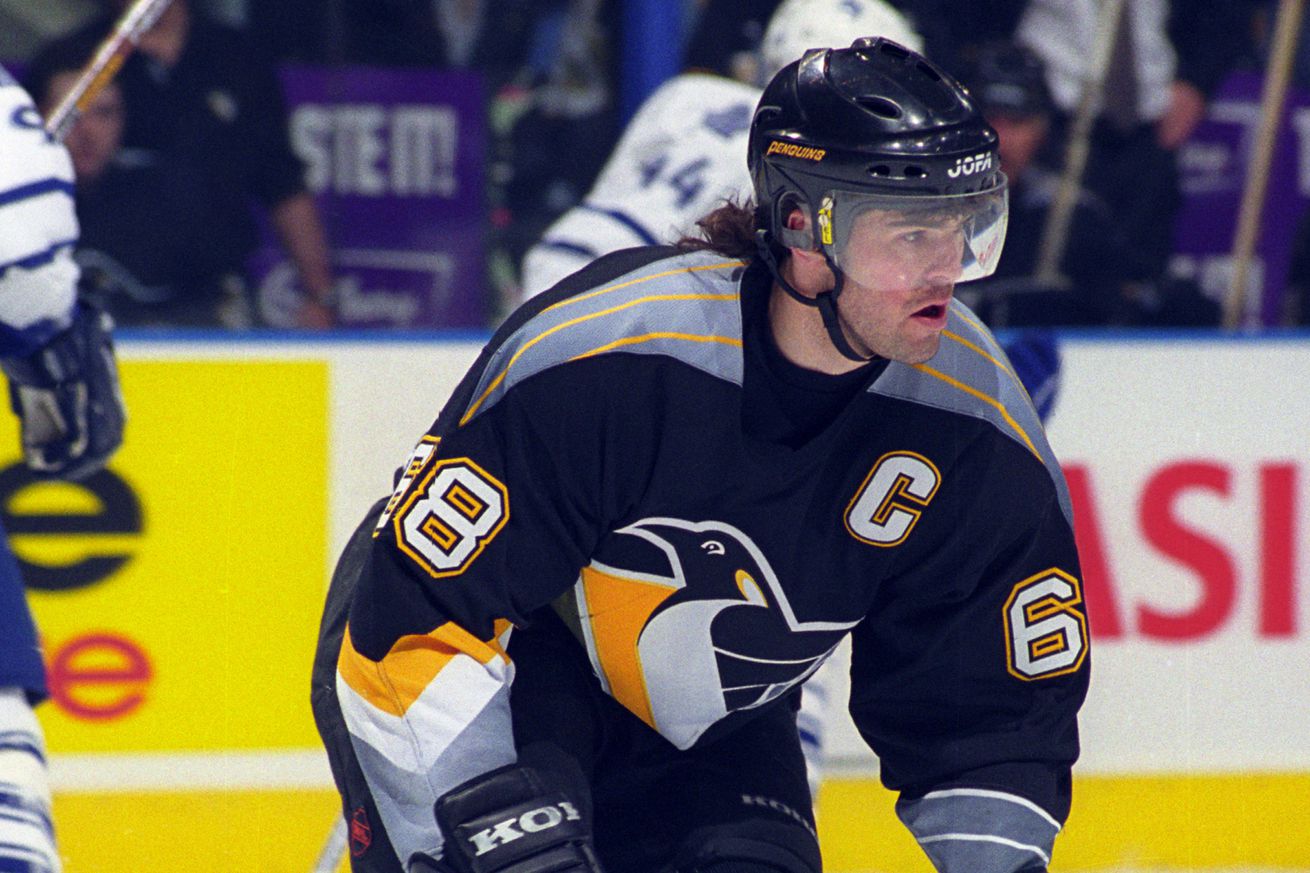 They have had their share of alternate jerseys over the years and we were introduced to the newest one on Monday.

The NHL unveiled its “Reverse Retro” jersey line on Monday, showcasing what each team’s alternate jersey will look like for this season.

Some of them look really good. Others not so much.

When it comes to the Pittsburgh Penguins’ jersey it is a play on the early 1990s look (and also the original jersey from the expansion era) that spells the city name diagonally across the front. Personally? I am not a huge fan of the look or the color scheme. So I wanted to take a look at where it stands among the Penguins’ past alternate jerseys.

These rankings are all my own so do with them what you please.

My favorite Penguins jersey of all time. This is the one we saw them wear when they won their first two Stanley Cups and when it was brought back as an alternate in 2014 it was the start of its reintroduction to the primary look.

This eventually became the Penguins’ full-time road jersey, but it was introduced during the 1995 season during a league-wide push for alternate jerseys. I call this the Jaromir Jagr jersey because I associate with him (and also because I have a Jaromir Jagr jersey in this style from my childhood).

While technically speaking these are two different jerseys, the 2017 Stadium Series and current alternate are similar enough that I am going to include them together as one entry. When going back through the Penguins’ uniform archive the yellow jersey from the 1980s always stood out to me as a sharp look, and I think that is why this one has always drawn me in. I like it.

A throwback to the early days of the franchise with the powder blue, Also love the crest on this jersey.

A lot of people did not like this look, but I love the way the bright yellow pops against the black background. A rock solid jersey, and a very underrated jersey.

7. The skating Penguins gets reintroduced

After nearly a decade of the “corporate” Penguin, the team began to reintroduce the skating Penguin during the 2000 season, but with a different color scheme. This would eventually become the basis of their regular uniform for a few years. Probably my least favorite of the full-time logos in franchise history.

The worst jersey in franchise history, and one that probably everyone would love to forget. Including Sidney Crosby given what happened in the first game these jerseys were worn. Let us never speak of these jerseys again.