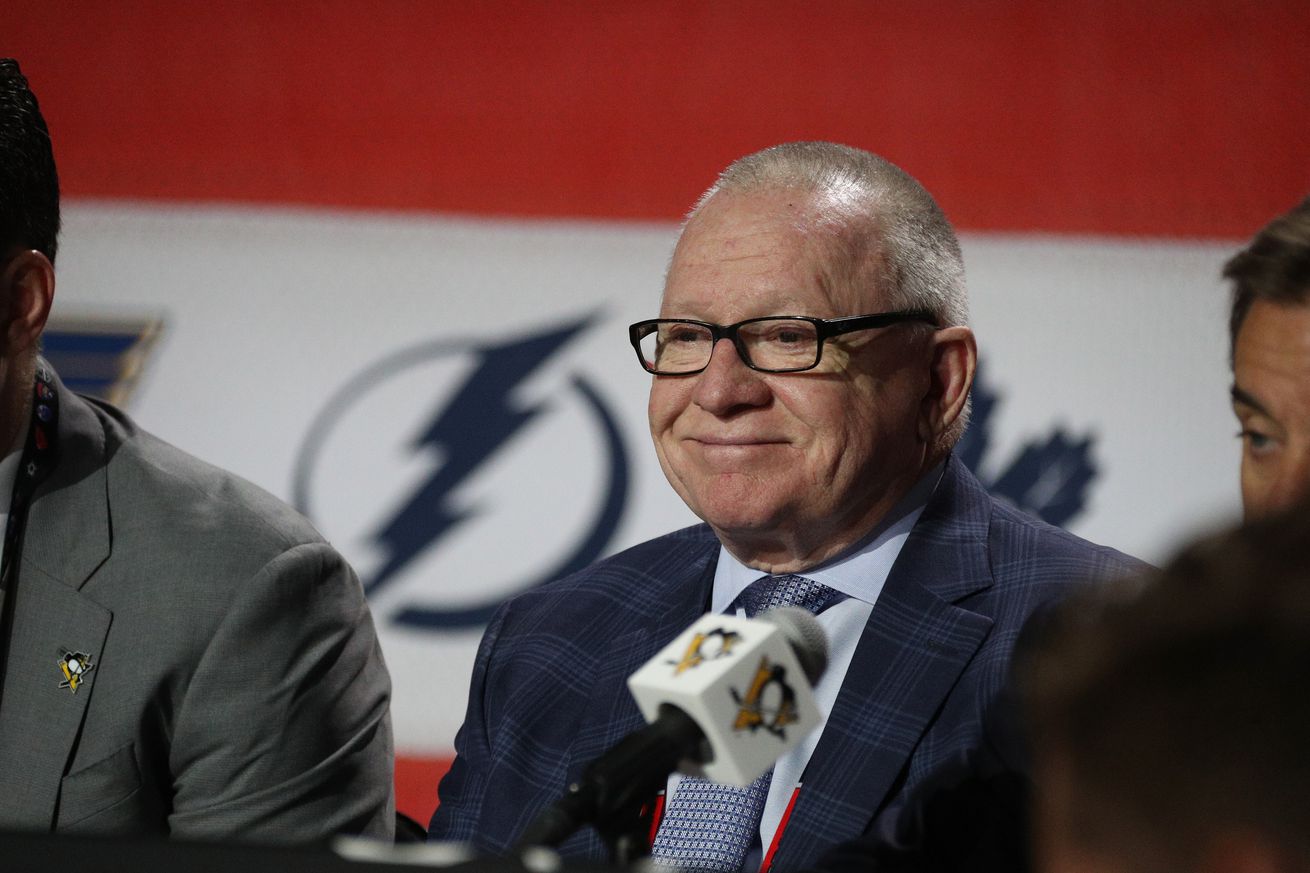 Could it be the last piece to his puzzle?

The initial buzz of free agent frenzy has come and gone. Teams may still be on the lookout for potential diamonds in the rough or players that can help round out an already-built roster.

In the case of Jim Rutherford and the Penguins, the latter may be the route the team takes in order to put the final touches on a roster that has seen its fair share of transactions over the last several weeks.

When projecting the Pens’ opening night squad, seemingly every position is locked in. With one minor exception: the third defense pairing.

Presumably, recent trade acquisition Mike Matheson is penciled in as the team’s #5 defenseman on the left side of the third pair. And the Penguins have Juuso Riikola as a valuable depth piece on the left side as well.

But switching over to the opposite side, that’s when things may get a bit murky. Right now, Chad Ruhwedel is set to be the team’s #6 d-man. Ruhwedel is a fine defenseman for the role he has played in the past, coming in as an injury/depth replacement, but what will happen when the Penguins inevitably get struck with the injury bug? Ruhwedel may be moved up in the lineup, leaving the current third pair in question.

This is why I have scoured the remaining free agent defensemen to see who could be a valuable RHD depth signing for the Penguins to round out their roster.

Former Nashville Predators defenseman Yannick Weber is the oldest player in this group at 32-years-old. But with age comes experience. Weber is a 12-year veteran with 497 NHL games under his belt.

Weber’s best statistical season came with the Vancouver Canucks in 2014-15 where he played in 65 games, registered 11 goals, 21 points and was a +4.

Fast forward to present day and Weber has taken on more of a bottom-pair/depth role. In his four most recent seasons, all with the Preds, he’s averaged only 12:20 in ice time.

When looking at Weber’s advanced metrics, he has a career CF% of 49.0 and a FF% of 48.8. There are definitely worse options out there when compared to Weber’s resume.

With only $2.5 million in projected cap space currently, the Penguins could bring Weber in on a 1-year deal at league minimum — $700,000. It would be cutting it close to the cap ceiling, and possibly going against what the team had previously said about not spending to the max limit, but if you bury a contract or two in the minors, the team could find itself with a bit more flexibility.

A native of Kingsbacka, Sweden, Christian Folin last played with the Montreal Canadiens during the 2019-20 season, appearing in 16 regular season games.

To date, Folin has seven years and 244 NHL games of experience, totaling 44 points in those contests. The 29-year-old has bounced around teams, playing games with the Minnesota Wild, Los Angeles Kings, Philadelphia Flyers and the aforementioned Habs.

In his 35-game sample size with Montreal, although somewhat small, Folin has been a positive possession player, earning a 52.4 CF% and a 51.1 FF%.

Folin’s last contract was a one-year, $800,000 deal with Montreal signed in April of 2019. Now looking for a new team, Folin would not be commanding much more than that.

30-year-old Jan Rutta is coming off a 2019-20 season with the Tampa Bay Lightning where he appeared in 33 games and racked up seven points.

For his efforts, Rutta was crowned as a 2019-20 Stanley Cup champion along with the rest of his Tampa teammates.

The champion Lighting are also in a bit of a cap crunch and may have to let a player like Rutta find employment elsewhere. He was last signed to a one-year deal worth $1.3 million for the 2019-20 season. Given the current state of the league and its finances, Rutta may have to take a bit of a pay cut to latch onto a new team.

***
What do you think? Could one of these players join the black-and-gold in the future? Is there another player you had in mind to help round out the defense? Vote here and let us know down below!