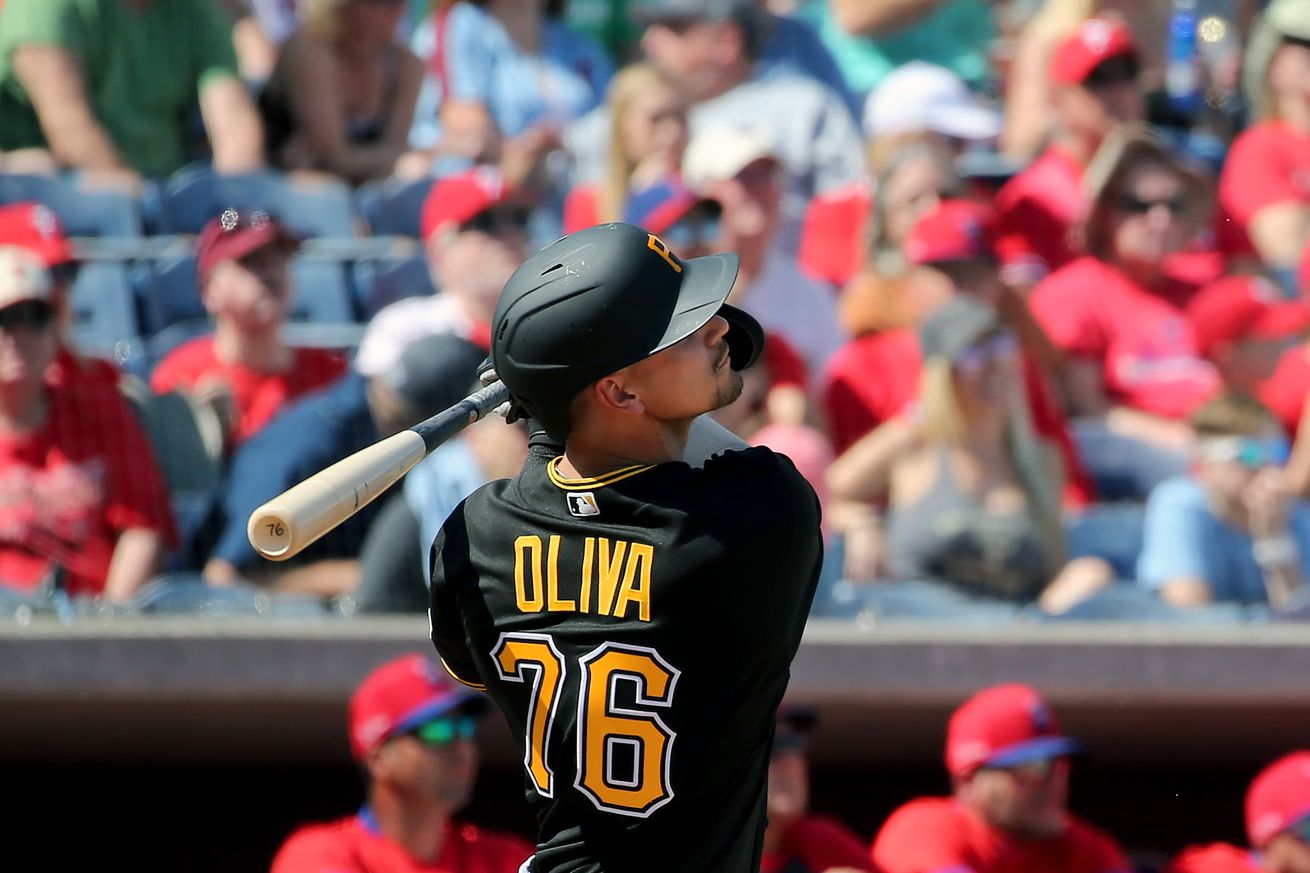 Last week, I asked you for questions regarding the new regime in terms of both management and the coaching staff, as well as questions regarding the first weeks of spring training. Thank you all for the awesome questions—as always, you all deliver some great insight and opinion as well as ask questions I myself seem to gloss over. That being said, let’s dive right into some of the highlights from last week’s comment thread.

How likely is it we see any prospects have an awesome ST and then get to start in April? As a follow-up, who among the NRI do you expect to get cut first? Who do you see as having a good chance at breaking with the team? @Pensburgh Pirates

This question comes with a lot of opinion and conjecture on my part, but I think if we’re going to see any prospect get the nod for opening day, it’ll most definitely be shortstop Cole Tucker. Guys like Jared Oliva and Ke’Bryan Hayes are going to need more time in the minors for both service time reasons (on the part of Hayes) and just overall development (Oliva after all is a AA guy at this point). All three are on track to be up soon with Hayes and Tucker leading the pack, but I think given Cole’s early appearance in the first half of last year and the looming prospect of Adam Frazier’s departure gives him the best shot.

As for NRIs making the team and getting cut, after Tuesday’s shaky performance, I’m not sure how long Williams Jerez may make it. That’s about as best as I can tell in the way of cuts for pitchers thus far as spring training tends to get volatile that way. But I think both Derek Shelton and Ben Cherington would both like Derek Holland and Robbie Erlin to be with the team in some capacity for their experience and lefty arms. For position players, just because he hit a homer today, I wouldn’t count on John Ryan Murphy (aka “Choir Boy”???) to stick around too long with his 2019 batting average of .175.

Who is the closer by August 1st? @Buccofan21

This connects perfectly with another question about Kyle Crick bouncing back. I think Crick is the obvious answer to fill in with the stuff he has in his arsenal. I imagine Oscar Marin will work with Crick to identify what works pitch-wise and in what combinations do those pitches work best (according to BaseballSavant, Crick is at around 50% usage with his four-seamer and 37% usage with his slider). A dark horse candidate in ever-nasty Chad Kuhl or high-heat Edgar Santana could also be considered. Don’t count on Michael Feliz; I think that ship has sailed.

What % chance does EGon have of being the regular 3B instead of Column to start the season? @Bishop1973

I think we’re going to see a lot of experimentation with Erik Gonzalez in spring training, only because he appears to be the odd man out in terms of having a bona fide future with the Pirates. Kevin Newman is settling in as a sophomore everyday player; Tucker will likely be the shortstop of the future who eventually pushes Newman to second after Frazier’s departure; Hayes is the long-term answer at the hot corner with Moran poised to be a bench bat or off this team in 2021. I imagine Shelton slides EGon to third to boost the defensive output from the position should he prove he’s capable of handling it at least slightly better than Moran. Spelling Frazier at second base or Newman at short also isn’t out of the question, but things get complicated when thinking about J.T. Riddle’s place in all of this; is he a shortstop with the team or an outfielder or both? All in all, I think it’s a strong possibility (maybe 50/50 at this point) Gonzalez proves his worth at third in spring training should the coaching staff give him a chance at the position.

Why not Polanco in left instead of right? Outfielders with strong arms belong in right… @bmcferren

Thank you kindly BMac—that arm isn’t what it was after labrum surgery. I’ve had it; I haven’t thrown a pitch 100% since (mostly due to lack of confidence/fear of reinjury). In Polanco’s case as he is fully rehabbed at this point, the strength may not be what it was prior to the operation, but I still believe it’ll be passable for right field. I also don’t trust his long limbs patrolling PNC’s rather large left field—I think what you may lose in arm strength in RF you gain back in the relatively small area to which he has to tend (less likelihood of misreading balls).

Thanks again everyone! Feel free to leave closing arguments and follow-ups in the comments below…