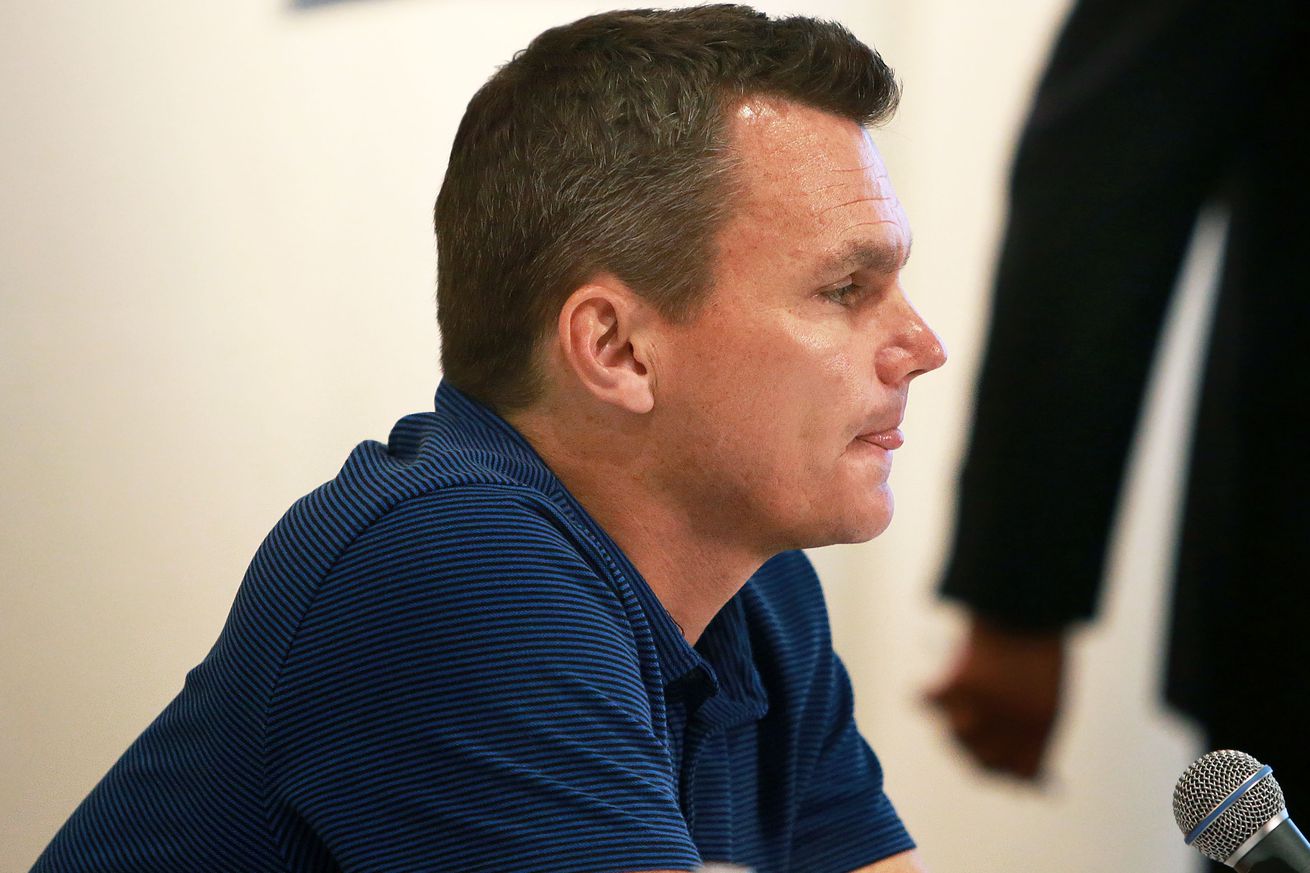 Well, it is #TongueOutTuesday after all. | Photo by Jim Davis/The Boston Globe via Getty Images

This past Sunday marked the first anniversary of the hiring of Ben Cherington as the Pirates’ general manager.

Since these days Normal is just a small town in Illinois, an analysis of GMBC’s first year at the helm of the Pirate Ship is going to have an asterisk tacked onto it just like everything else about the 2020 season, iincluding the Dodgers’ World Series win because I hate them. However, it’s not like he didn’t do anything, so let’s take a look back at the year that was REALLY WEIRD.

Cherington’s initial move was bringing in manager Derek Shelton. Granted, Shelton’s name was always at the top of the short list of Bucs managerial candidates, but it helped that he was a quality control coach with the Toronto Blue Jays in 2016, when Cherington was the Jays’ VP of operations. Maybe not an audition per se, but Shelton’s willingness to delve into territories other than hitting undoubtedly made an impression on Cherington. A 60-game season in which the Pirates didn’t even win a third of its games shouldn’t be a yardstick of success or failure as much as fans want it to be, though the team’s performance at the end should be looked at as encouraging. I’ve never liked those who gloat about their team’s record in the first couple months of the season (aka April Derangement Syndrome) anyway. I still believe that Shelton is a solid hire at this point.

Then there was the draft. Considering that Cherington made his bones with drafts and prospects in his past positions, Bucs Nation was eagerly anticipating his moves here. It was a no-brainer on his part to pick up New Mexico infielder Nick Gonzales, even with the semi-embarrassment of trade bait infielder riches the Pirates already have. The other draft picks, unsurprisingly, were pitchers. The Cole Tucker-in-the-outfield experiment along with Gonzales’ acquisition leads me to believe that Tucker isn’t in long-term Pirates plans. Gonzales reportedly did very well at the Altoona satellite camp too, so while it’s way too soon to tell, again, it’s encouraging.

Looming over everything, as it always does, is the specter of Bob Nutting clinging to his wallet until there are claw marks in the leather. I’ve been saying all along that there’s no way Cherington—or Travis Williams, for that matter—would have agreed to take the job if there hadn’t been some indication on Nutting’s part that he’s willing to spend under the right circumstances, and that’s becoming a consensus around other Pirates-related media. It’s quite possible that the Bucs may dip the tip of a toe in the free agent pool, but it’s more likely that new faces will arrive via trades of old faces.

In short, Ben Cherington has generally moved in the right direction without the DUDE WTFs Pirates fans were used to uttering during the Neal Huntington Era. Let’s see what he does with a real season.