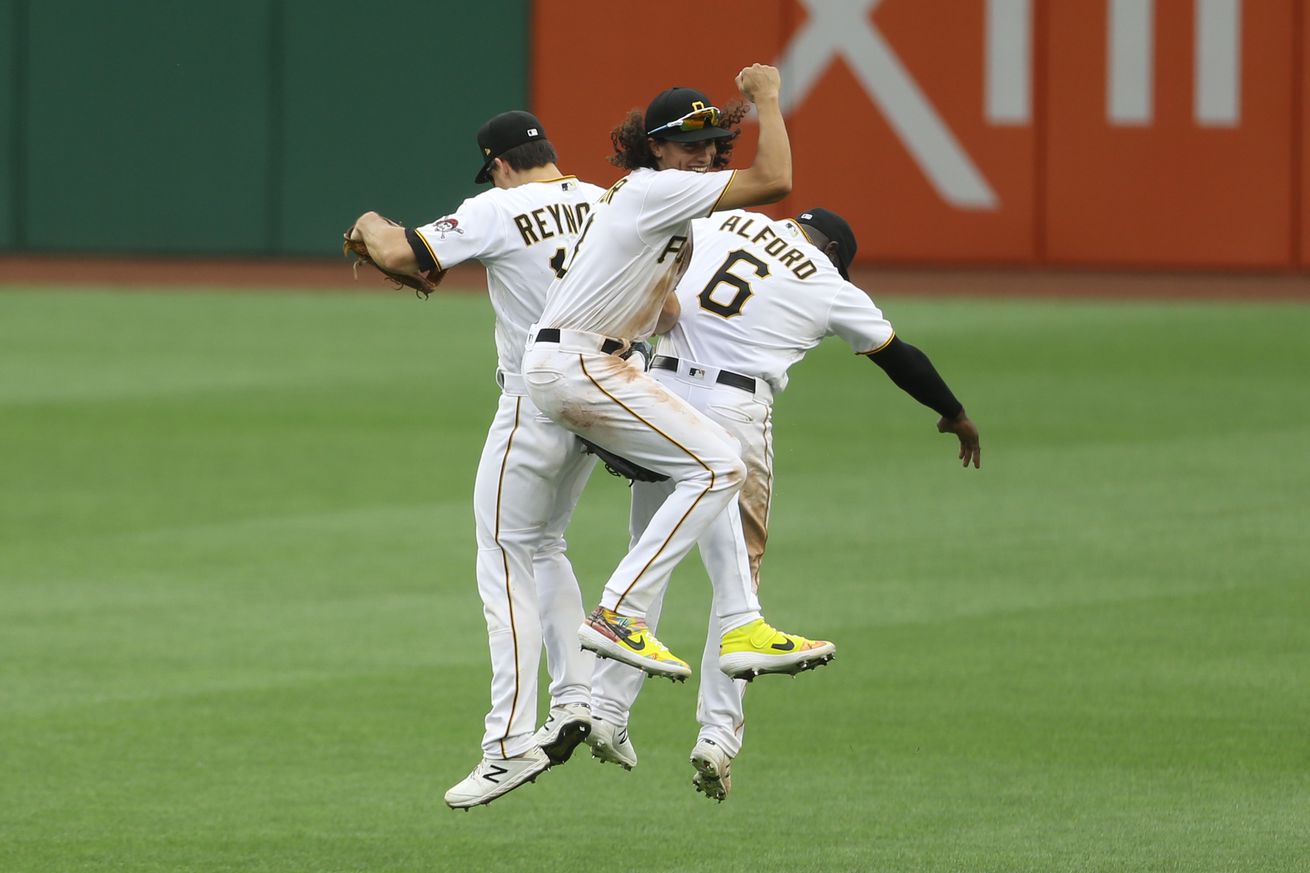 This morning, it looked like the Pirates’ series-closing game against the Cubs at PNC Park might be a literal wash in addition to the figurative one.

Instead, the rain held off, new father Bryan Reynolds put on a potent display of Dad Strength, and JT Brubaker notched his first MLB victory as the Bucs beat the Cubs 6-2 this afternoon.

The Bucs’ lineup didn’t include Josh Bell, Kevin Newman, or Ke’Bryan Hayes; the latter’s absence caused some grumbling within Pirates Nation, particularly since recently (and much) maligned JT Riddle was manning third base. It didn’t help that the Cubs got on the board first courtesy of Kyle Schwarber, who singled, advanced to second on a Brubaker wild pitch, got to third when Jason Heyward walked, and came home when Victor Caratini singled. It really didn’t help in the next inning when Jason Kipnis singled to Riddle, Ian Rupp doubled, then Riddle made a throwing error to get Kris Bryant on first and Kipnis across the plate to increase the Cubs lead to 2-0.

The Pirates stirred in the bottom of the third after a John Ryan Murphy double and a Cole Tucker single. Erik Gonzalez sacrificed to get Murphy home, and Gregory Polanco singled enough to get Tucker to third. Jacob Stallings was chatting with announcers Joe Block and John Wehner, and when Reynolds came up, he made a joke about “dad strength.” Reynolds had already doubled in the second, complete with a baby-rocking motion as a nod to his new son, Reese, but no sooner had Stallings spoken then he smacked a homer to right field to give the Bucs the 4-2 lead.

Brubaker looked steady if not spectacular over five innings, giving up one earned run, walking one and striking out five. His replacement, Sam Howard, got into a bit of a jam in the sixth, loading the bases, but Geoff Hartlieb, as is kind of becoming his thing, managed to get out of the inning without anyone scoring.

Cubs starter Alec Mills didn’t fare so well, giving up four earned runs with one walk and two Ks in his five innings. Reliever Jason Adam only lasted two-thirds of the sixth inning, making a costly error after walking Adam Frazier to let Frazier advance to second, then allowing Riddle to redeem himself somewhat by stealing second. Tucker’s bloop single into left scored Frazier and Riddle for the insurance runs that saved the Bucs from a sweep. With Keone Kela still out, Nik Turley and Richard Rodriguez performed efficient mop-up duties.

The Pirates still have a dismal record, but the sense that something good is stirring in the clubhouse is getting a little stronger.

We’d still rather have Hayes at third, though.