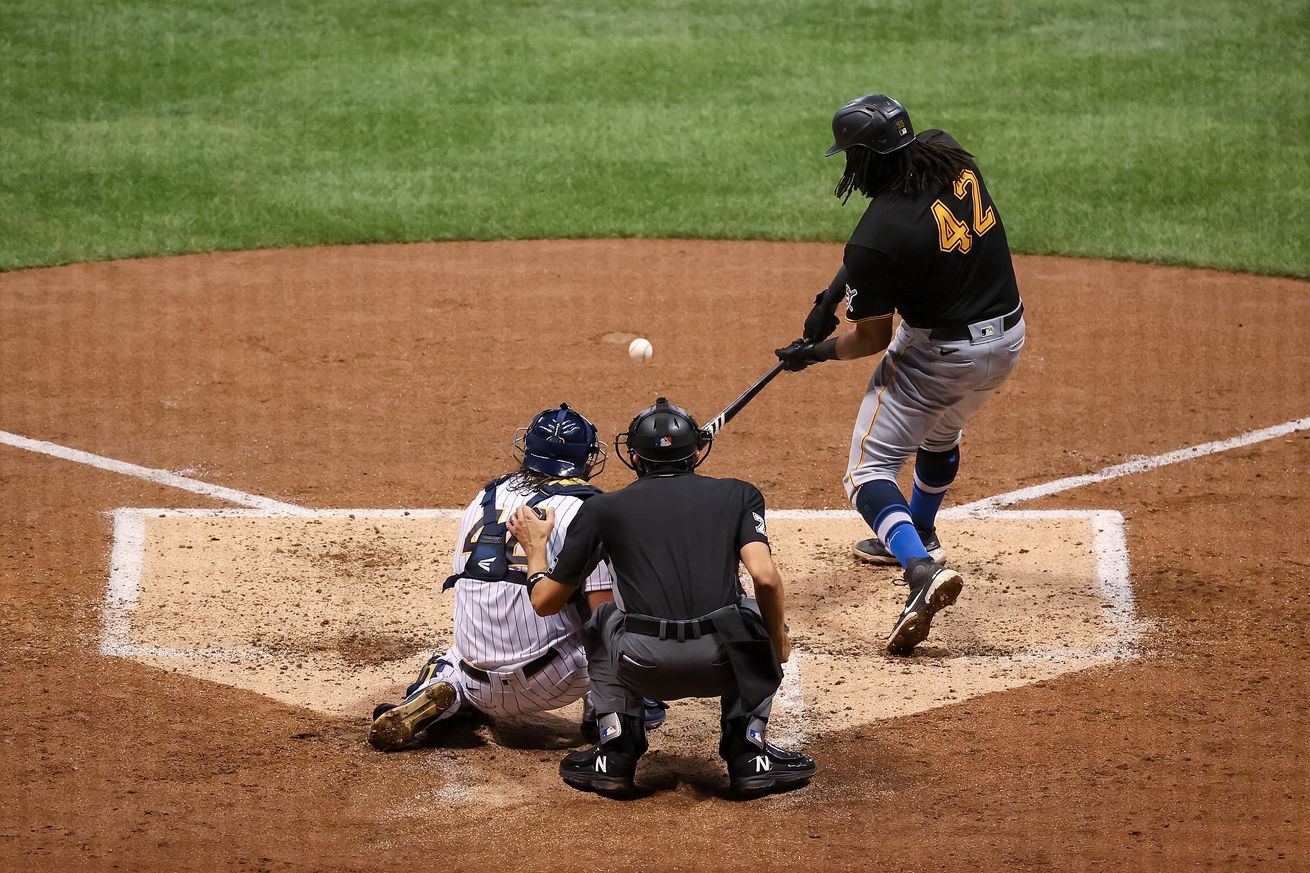 After dropping game one, 9-1, the Pittsburgh Pirates (9-20) were in Milwaukee to take on the Brewers (14-17) for game two of a three game weekend series. The Pirates trotted out JT Brubaker (0-0), while the Brewers sent out Brett Anderson (2-2).

Josh Bell got the Pirates on the board early when he hit a sacrifice fly scoring Cole Tucker in the top of the first inning, making the score 1-0.

But the Brewers got the run right back when Christian Yelich (8) belted a 3-1 pitch to right-centerfield and bringing the score to one apiece.

Brubaker would go onto walk Luis Urias with the bases loaded in the bottom of the second inning, scoring Orlando Arcia, pushing the Crew ahead 2-1 early on.

In the top of the third inning, Jacob Stallings doubled in Tucker to draw even, 2-2.

A couple innings later in the fifth, Kevin Newman hit a sacrifice fly to center to score Erik Gonzalez, giving the Pirates the lead. Josh Bell homered (3) to stake Pittsburgh to a 4-2 lead in the middle innings.

The Brewers’ Anderson finished his night with five innings pitched, nine hits, four runs, and three strikeouts. On the other side, Brubaker also pitched five innings, giving up three hits, two runs, three walks, and six strikeouts. He left the game in line for the win, but that mark would later be relinquished.

Orlando Arcia brought the Brewers within one when he homered (2) to centerfield in the bottom of the seventh inning. Then, with Nik Turley on the mound, Avisail Garcia doubled in a pair to recapture the lead for the Brewers, 5-4.

Josh Hader came in to close down the ninth for Milwaukee. Erik Gonzalez walked to kick off the inning. Tucker struck out on a fastball at the letters before Kevin Newman also drew a walk. That brought up Josh Bell who, despite his struggles this season, was 2-for-3 on the night with a home run. The Brewer battery got crossed up, with the ball ricocheting off to the side, prompting Gonzalez and Newman to move up a base. Bell drew the walk to load the bases.

Hader issued his fourth walk of the inning to Jacob Stallings, tying the game 5-5. With Adam Frazier at the plate, Hader’s walk-a-thon continued, resulting in a Pirates’ lead, 6-5. Craig Counsell brought in Devin Williams to attempt to get out of the inning. Bryan Reynolds struck out after getting to a 3-0 count and Gregory Polanco lined out to right. By the time the inning concluded, the Pirates had taken the lead despite failing to register a hit in the inning.

Richard Rodriguez entered the game to secure the win for the Pirates in a bid to push the team to double digit wins on the season — the last team to reach that mark. But Rodriguez kept with the theme of the inning, walking Jace Peterson to start the bottom of the ninth. To end the game, Eric Sogard homered to right (1).

The two teams are back at it again tomorrow afternoon at 2:10 EDT. Steven Brault is scheduled to pitch for Pittsburgh, while Brandon Woodruff is slated for Milwaukee.