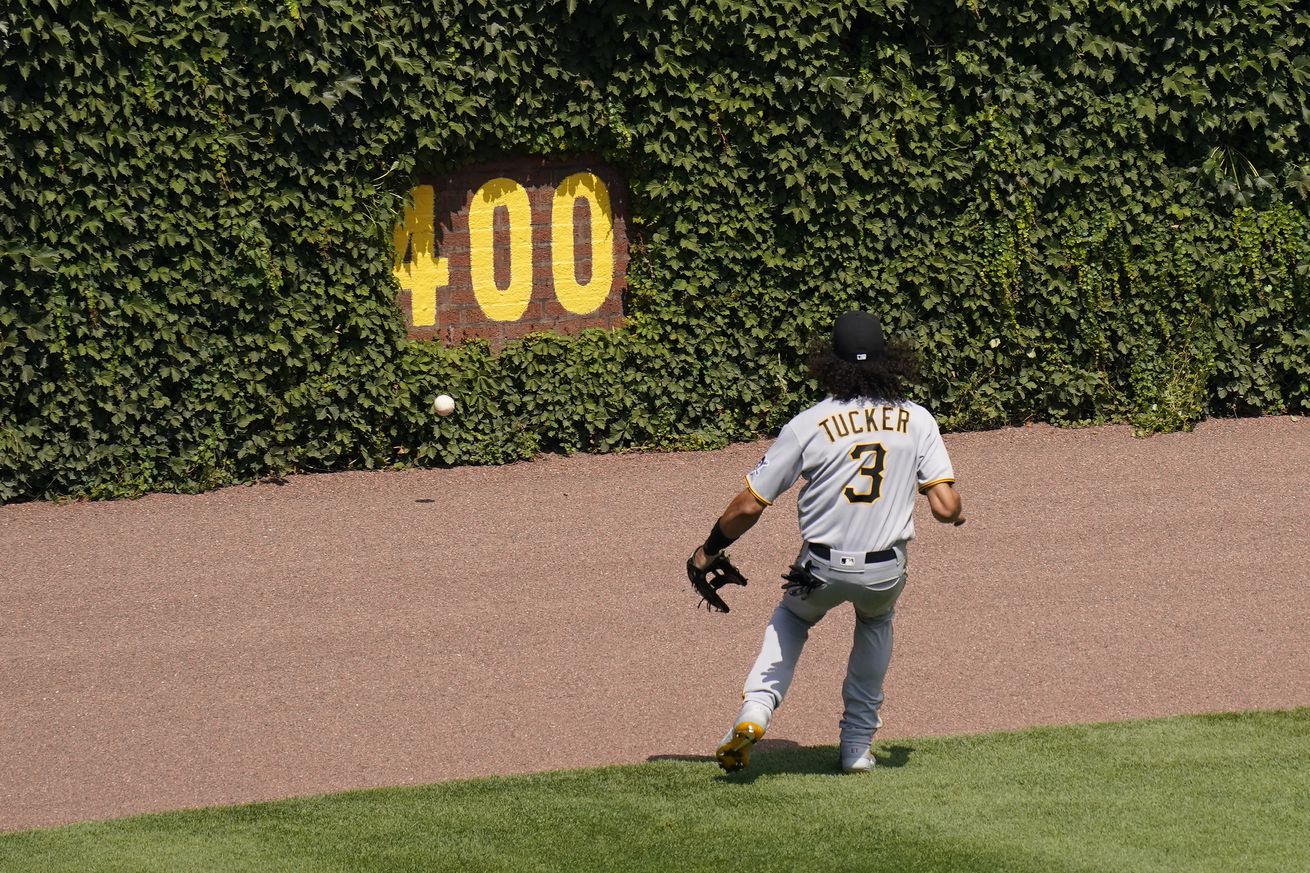 The Pittsburgh Pirates wrapped up a three-game set against the Chicago Cubs at Wrigley Field Sunday afternoon, looking to salvage one game after dropping the first two.

Unlike the first two games of the series, the Pirates were able to get a run on the board before the end of the game when Kevin Newman pulled a ball into the left field bleachers to stake Pittsburgh to a 1-0 lead in the top of the first inning.

Brault was ultimately relieved of his duty after three innings, striking out four batters and giving up nothing to the Cubs. Chad Kuhl made entry in the fourth inning, and the Pirates didn’t give up anything to Cubs hitters through the first four innings until a Willson Contreras double in the bottom of the fifth inning.

Kyle Schwarber laced a double over Cole Tucker’s head in center, which compelled Contreras to head to the plate in a bid to tie the game. The relay throw beat the runner, but Contreras was able to knock the ball out of Stallings’ mitt on the slide, tying the game 1-1.

After an inning and a third, Kuhl exited the game with an apparent hand injury. With two men on and one out, Derek Shelton was forced to replace the injured pitcher with Geoff Hartlieb to face Nico Hoerner. Hartlieb got Hoerner to ground into a force out before inducing a 5-3 groundout off the bat of Albert Almora to get out of the fifth inning jam.

Dovydas Neverauskas and Nik Turley managed scoreless six and seventh innings. Former Pirate Casey Sadler entered the game in the seventh and set down the Pirates one, two, three. In the eighth inning, Adam Frazier singled and José Osuna walked. With two outs and Colin Moran due up, Chicago made a pitching change to Dan Winkler. He promptly struck out Moran on three pitches.

The bottom of the eighth triggered the sixth Pirates’ pitcher on the afternoon with the introduction of Richard Rodriguez to face the eight, nine, and one spots in the lineup. Rodriguez issued a free pass to David Bote, but managed to retire the Cubs without allowing anything else.

Winkler returned to the mound for the Cubs and issued a leadoff walk to Phillip Evans. A move to the bench saw Jarrod Dyson enter the game as a pinch runner. Cole Tucker’s sacrifice bunt put the go-ahead run in scoring position with one out. Bryan Reynolds pinch hit for Heredia and struck out on a high fastball. Stallings’ 4-3 groundout ended the inning.

After a one hour and four minute rain delay heading into the bottom of the ninth inning, newly called up relief pitcher Sam Howard entered the game to try to keep the Cubs in check. Apart from a walk to Schwarber, Howard tossed a strong tenth.

Stallings started the top of the tenth on second base with Josh Bell at the dish. Bell singled into left and Stallings attempted to score. The throw beat Stallings by a mile and there was a collision at the plate. After a crew chief review, the plate stood as called and Stallings was out. Ultimately, the Pirates failed to plate a run in the 10th.

With Howard still on the mound, Steven Souza began the inning at second with Ian Happ at the plate. Happ walked in what appeared to be a work-around plate appearance. Hoerner failed to put a bunt down and ultimately struck out. Meanwhile, Souza was able to move up to third when Osuna charged the bunt attempt, putting the winning run 90 feet away from home plate. Happ followed suit, eliminating the double play possibility. In a difficult situation, Howard struck out Almora on the same pitch Hoerner went down on. Bote stood in the way of continuing to the 11th or ending the game in the 10th. Unlike his walk-off grand slam heroics in 2018, Bote popped out in foul ground to Bell at first.

After a Kevin Newman base running blunder in the top of the 11th, the Pirates went without much fuss. Cody Ponce made his major league debut in the bottom of the eleventh to face the two, three, and four hitters with Bote beginning the inning on second base. A fly ball to right advanced Bote to third on the tag and the Pirates were 90 feet away from losing for the second inning in a row. Báez ended the game on a ground ball up the middle, 2-1.

The Pirates fell to 2-7 on the season Sunday afternoon and will begin a two game set in Minnesota Monday night.