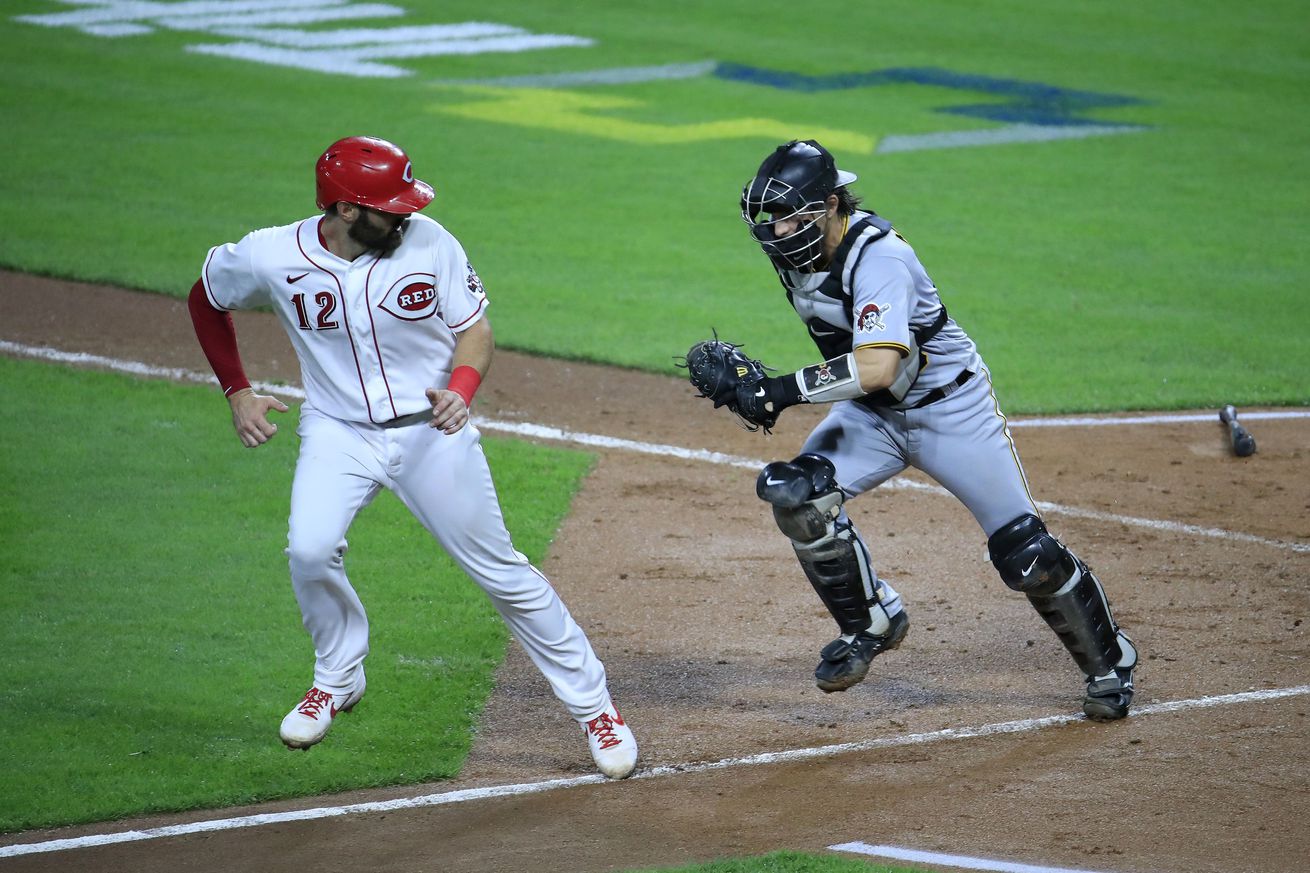 The Pittsburgh Pirates and Cincinnati Reds met for the final game of four on Wednesday night at Great American Ballpark. The Redlegs took the first three games of the series, so the Pirates were looking to leave Cincinnati on a high note.

JT Brubaker (1-1) received the assignment for Pittsburgh, while Luis Castillo (2-5) was tasked with starting duties for Cincinnati.

Both pitchers started strong. Brubaker didn’t allow much until the fifth inning when the Reds finally pushed across the first run of the game on a Shogo Akiyama single, scoring Jose Garcia. Curt Casali got caught in a rundown to end the inning on the same play.

Brubaker ultimately pitched 5.1 innings, allowing five hits, one run, one walk, and picking up four strikeouts. Sam Howard replaced Brubaker and managed to navigate 0.2 innings scoreless before Chris Stratton pitched a scoreless 1.1 innings, striking out three of the four hitters he faced. Nik Turley also made an appearance, picking up a strikeout.

Castillo, on the other hand, was even sharper. Through his seven innings, he allowed only three hits, walked one, didn’t allow a run, struck out 10, and left in line for the win. Archie Bradley came in for relief in the top of the eighth inning.

Raisel Iglesias made an appearance in the ninth to try to secure the save for a Reds’ win. Due up to face him was the top of the order for the Pirates. Adam Frazier lined out to left, Ke’Bryan Hayes grounded out back to the pitcher, and Colin Moran struck out to end it.

The Reds bounced the Pirates in the finale, 1-0. Luis Castillo got the win, improving to 3-5, while JT Brubaker took the loss, falling to 1-2. Iglesias earned his eighth save of the season.

The Pirates will shift their attention to the St. Louis Cardinals for a five game weekend series that will stretch into next week, concluding on Monday, and including a makeup game for a date that was postponed earlier in the year (August 12). Steven Brault (0-3) and Dakota Hudson (3-2) are the two pitchers slated to kick off that series.