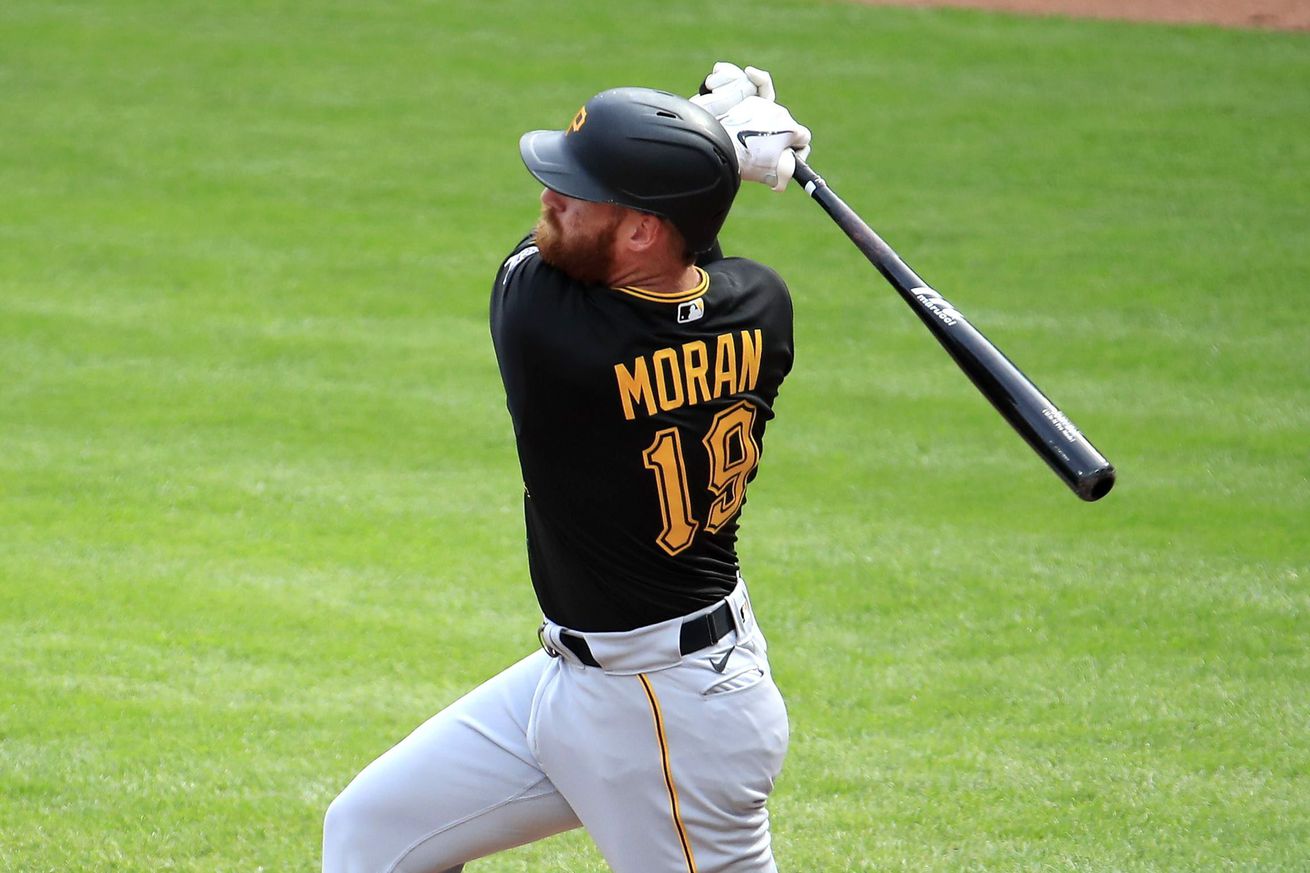 Pinch hitter Tyler Stephenson extended the Pirates’ losing streak to four Monday by clubbing a two-run walk-off homer in the bottom of the seventh inning, lifting the Cincinnati Reds to a 3-1 victory in the first game of a doubleheader at Cincinnati’s Great American Ballpark.

The Pirate ran into a right-handed buzz saw named Trevor Bauer in Monday’s first game, but thanks to a strong performance from call-up Cody Ponce, they made a game of it.

Bauer, who came into the game with a 1.72 ERA, yielded just one hit through the first six innings – a leadoff single by Erik Gonzalez – and struck out 12, and the Reds owned a 1-0 lead on the strength of Joey Votto’s solo shot off Ponce in the fourth inning.

But Colin Moran pulled the Pirates even in the seventh when he led off with a home run to right center. The Bucs then got singles from Josh Bell and Kevin Newman sandwiched around Bryan Reynolds’ strikeout, putting runners at first and second.

But Polanco, mired in a season-long slump, struck out swinging and John Ryan Murphy struck out looking to leave the game tied at 1-1.

The Reds didn’t take long to settle the matter. Reliever Sam Howard, on for his second inning of relief, retired the first two batters in order but gave up a single to Jose Garcia and Stephenson followed with a two-run home run to win the game.

Ponce, added to the squad as the 29th man for Monday’s doubleheader, worked the first four innings and gave up only the solo homer to Votto and a pair of walks. He struck out three before giving way to Chris Stratton, who worked a scoreless fifth, and Howard, who blanked the Reds in the sixth.

The Pirates finished with just four hits and no one had more than one.