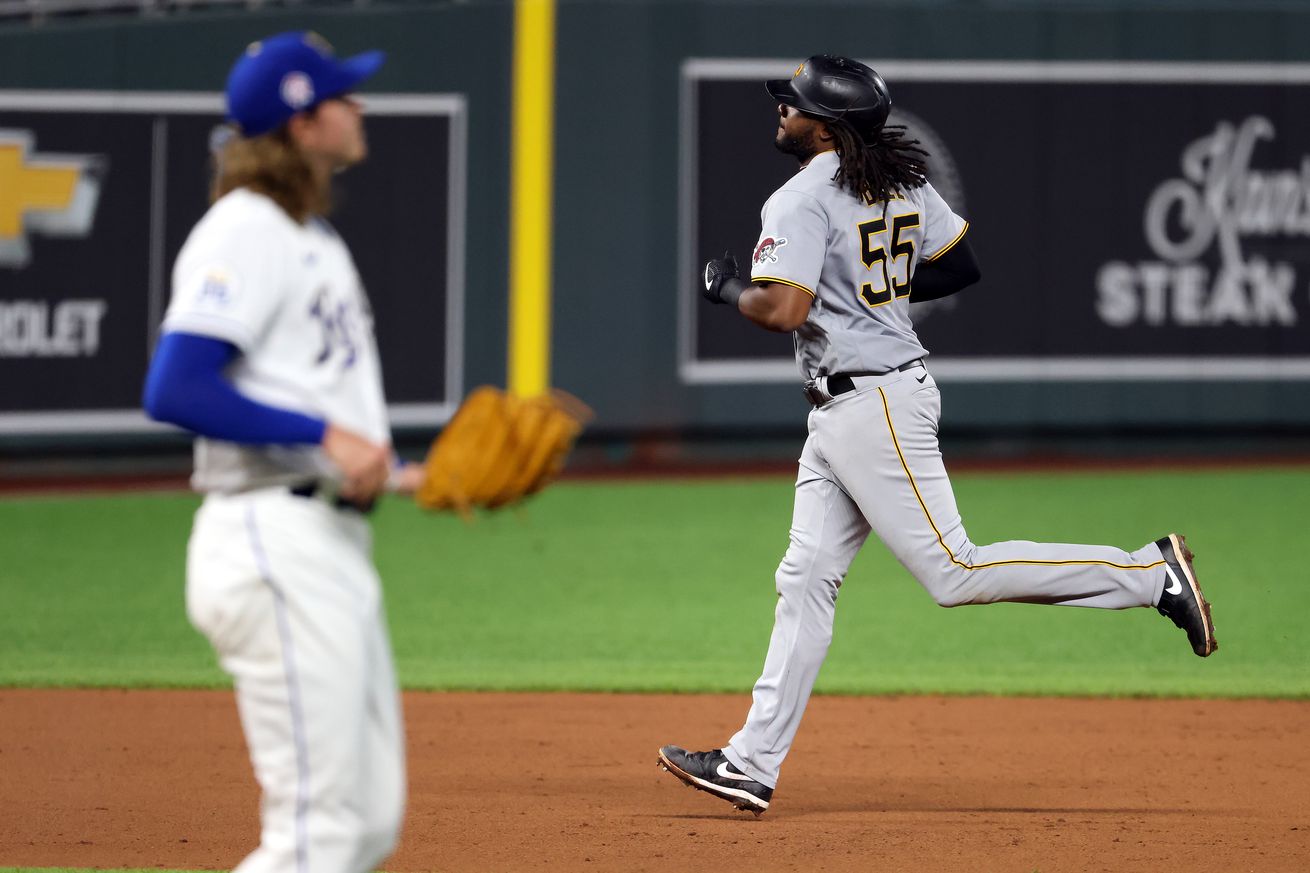 The Pittsburgh Pirates (14-27) and Kansas City Royals (17-28) met Friday night at Kauffman Stadium in Kansas City. Steven Brault (0-2) took the ball for the Bucs. He would eventually throw four innings, allowing five hits, three runs, three walks, and picking up four strikeouts. On the other side, Kris Bubic (0-5) was the starter for the Royals. He tossed five innings, allowing one run, walking a pair, and striking out six.

Adalberto Mondesi (3) homered to get the scoring started in the bottom of the first before Maikel Franco singled in a run in the third, pushing the Kansas City lead to 2-0. A Brault wild pitch would allow another run to score, making it 3-0.

The Pirates plated their first run in the top of the fourth inning when Jacob Stallings doubled, scoring Colin Moran. Pittsburgh was able to cut the lead to 3-1 at that point.

In the bottom of the seventh inning, Franco extended the Royals’ lead off Chris Stratton when he singled in Mondesi, making it 4-1 Royals.

A two-run homer in the eighth inning for Josh Bell (5) brought the Pirates within a run, the closest they’d been since the early innings, 4-3.

Greg Holland entered in the ninth to try to nail down a Royals victory, with Gregory Polanco due up to begin the inning. He would go down swinging for the first out. Erik Gonzalez wouldn’t have much success, either, also striking out swinging. Kevin Newman was the final hope for Pittsburgh, but he would ground out, second base to first to end the game.

The Royals dropped the Pirates in the opening game of the series, 4-3, pushing their record up to 18-28, while Pittsburgh fell to 14-28. Bubic took the win, his first of the season; meanwhile, Brault fell to 0-3 on the year. Holland notched the save, his fourth.

These two teams will meet again Saturday night with first pitch scheduled for 7:05 ET. Trevor Williams (1-6) and Carlos Hernandez (0-0) will get the start for their respective teams.