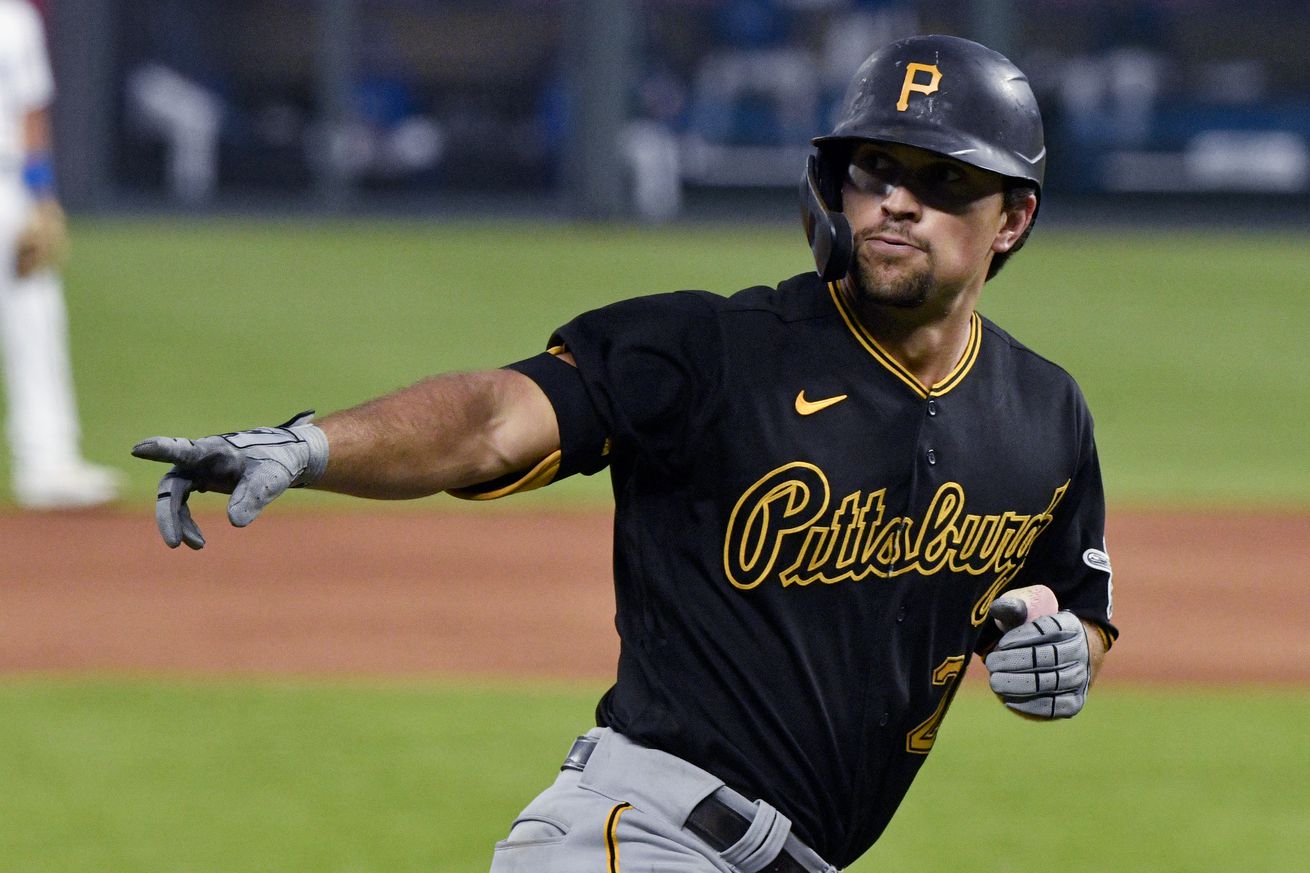 What started out as Pirates Homerfest turned into Royals BucsDeniedFest as Kansas City took the second game of this series from the Bucs, 7-4, at Kauffman Stadium.

Actually, the Homerfest was started by the first Royals batter, Whit Merrifield, who deposited a 2-2 pitch off Trevor Williams into left field to put Kansas City ahead 1-0. Williams’s recent propensity for giving up bombs made this one nearly commonplace, sad to say, but he managed to get out of the inning with just the run.

Josh Bell, whose bat has warmed up considerably as of late, lined a round-tripper into left field after Colin Moran flew out in the same direction. Gregory Polanco lined one to second, and Bryan Reynolds hit a towering fly that Royals center fielder Edward Olivares didn’t even bother to turn around for, giving the Bucs the 2-1 lead. Adam Frazier, obviously ticked about his hitting streak ending last night, got his revenge in the top of the third inning with his fifth homer of the year to make it 3-1 Pirates.

The joy was shortlived, however, because Williams gave up a single to Merrifield, then a home run to Adalberto Mondesi in the bottom of the third to tie the game, although he did manage to get out of a two-men-on-base jam after that. The fourth inning was 1-2-3 for both teams, but Mondesi came back to haunt Williams again in the bottom of the fifth, reminding him that he leads the majors in stolen bases after a bloop single, then coming home on a Salvador Perez single. Perez advanced on a Maikel Franco single-turned-out at second. Williams then walked Hunter Dozier and fumbled an Alex Gordon softie to put Gordon on base and get Perez home. A Olivares sac fly had Dozier crossing the plate and Williams out of the game.

As has become custom, the Pirates bullpen held on, at least with Austin Davis, who got the Royals side out in order in the sixth. Kyle Crick wasn’t so lucky, dealing two singles and two walks that got Gordon over home plate to make it 7-3 Royals.

In the eighth inning, Erik Gonzalez showed off some nifty baserunning moves of his own, stealing third after a double before scoring on a Frazier groundout. That would be the last gasp of the Pirates offense tonight.