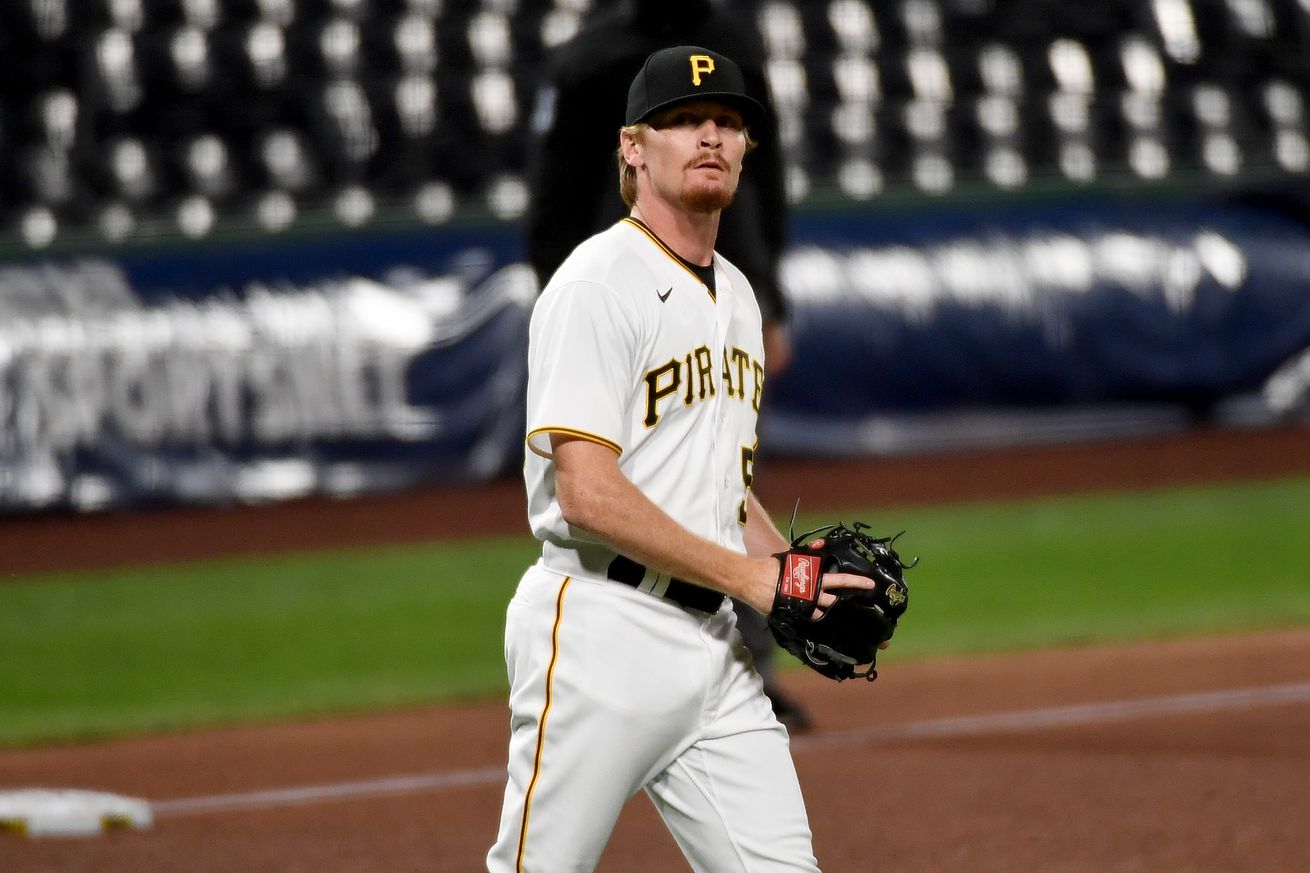 The Pittsburgh Pirates (15-36) and St. Louis Cardinals (24-24) met Saturday night at PNC Park in Pittsburgh. Mitch Keller (1-1) took the ball for Pittsburgh, while Kwang Hyun Kim (2-0) was the starter for St. Louis.

Ke’Bryan Hayes opened up the scoring when he homered (3) in the bottom of the first to claim a 1-0 lead for the Pirates. Jose Osuna would go on to hit his second home run of the season in the third, which pushed the Pirates’ lead to 2-0.

In the bottom of the sixth inning, the Pirates were able to tack on two more runs. Colin Moran singled in a run, then Jacob Stallings brought in another on a sacrifice fly, extending the lead to 4-0.

Meanwhile, Keller was largely cruising for the home team. Through six innings, he had walked a pair, struck out six, hadn’t given up a run, and most noticeably, hadn’t given up a hit. But with 84 pitches under his belt, Derek Shelton decided that was enough for the young pitcher, concluding his night.

While the choice to remove Keller is understood, I expect many won’t be pleased with it — especially considering the outcome. Geoff Hartlieb entered in the seventh inning trying to nurse a four run lead, but he would exit the game without recording an out. He walked the first two batters he faced before hitting Yadier Molina on a 2-2 pitch.

The bases were loaded when Sam Howard was brought in to try to navigate a precarious situation. On a 1-0 pitch, Tyler O’Neill doubled down the left field line, picking up the Cardinals first hit of the night and scoring a pair in the process, meaning the tying run was on second base. Dylan Carlson hit a sacrifice fly which advanced both runners and brought St. Louis within one, 4-3.

Howard proceeded to hit Harrison Bader before Kolten Wong singled, bringing in the tying run, 4-4. But that wasn’t where the inning ended for the Redbirds; they’d go on to to plate the go-ahead run off Howard before he was removed in favor of Chris Stratton, the third Pirate pitcher of the inning. He managed to squeak out before any more damage could be done.

Still trailing by a run entering the bottom of the ninth, the Pirates had Jacob Stallings, Kevin Newman, and Adam Frazier due up to try to make something happen. They were to face Genesis Cabrera, who came on in the eighth inning. Stallings went down on strikes. On a 2-2 pitch, Newman was clocked in the knee with a 97-mph fastball and had to be lifted from the game. JT Riddle entered to run for the injured Newman. Frazier rolled into a double play to end the game.

The Pirates dropped the game, 5-4, to the Cardinals after the seventh inning comeback, dropping their team record to 15-37, while the Cards improved to 25-24 in search of a playoff appearance. Jake Woodford (1-0) got the win after tossing 0.2 innings, Howard (2-3) took the loss, and Cabrera finished off the save (1).

These two teams meet each other again Sunday afternoon for a 4:05 start time, with Joe Musgrove (0-5) slated for the Pirates and Jack Flaherty (3-2) scheduled for the Cardinals.