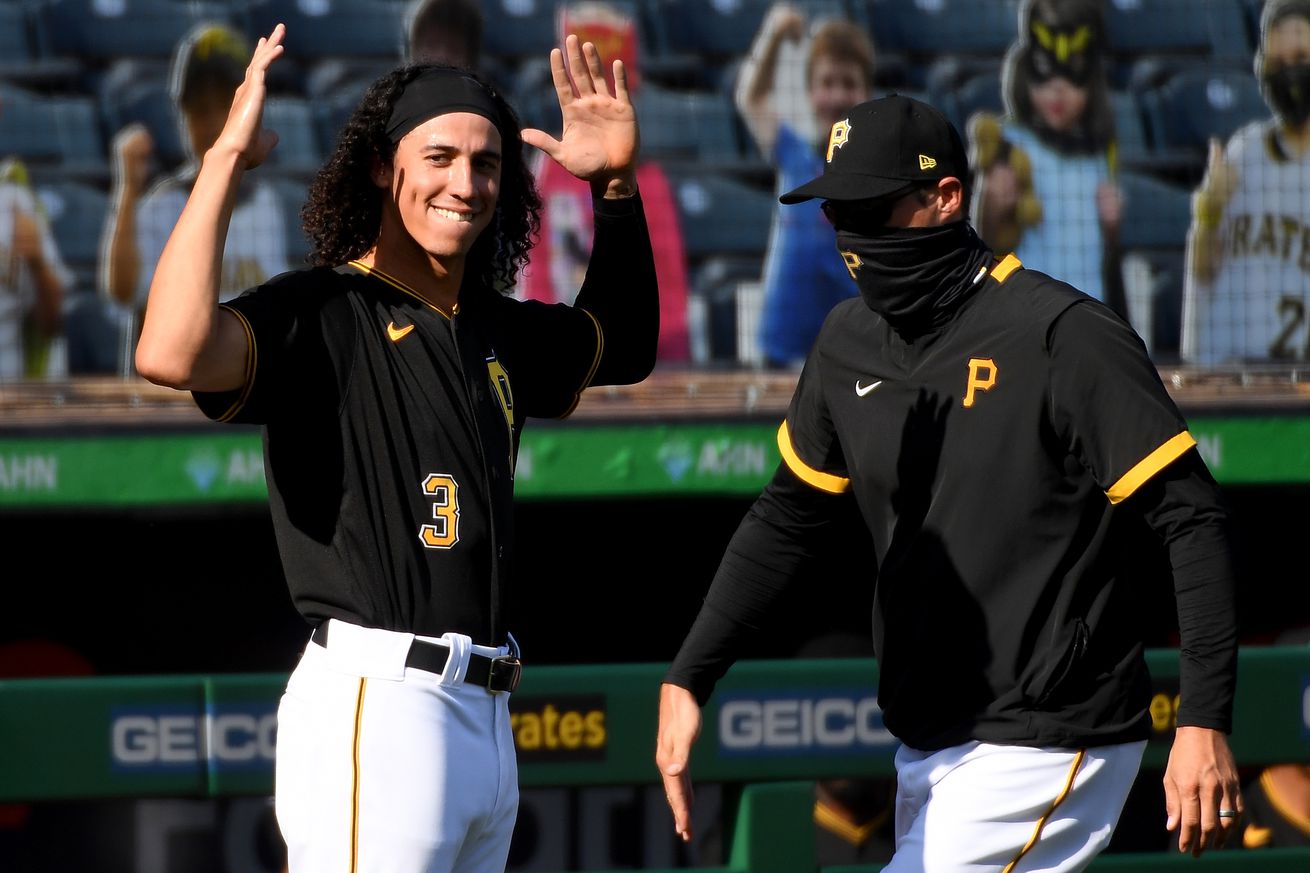 HA HA REDS I DID TOO TOUCH THIRD! | Photo by Justin Berl/Getty Images

Erik Gonzalez may have played the last-minute hero, punching a sac fly to right field in the bottom of the ninth inning that brought Cole Tucker home.

The Bucs’ 3-2 win over the Cincinnati Reds this afternoon at PNC Park, however, showcased a bullpen that’s become surprisingly reliable and gives its still-struggling battery a fighting chance to get back into games.

Derek Shelton stated in his postgame press conference that starter Chad Kuhl was going to be limited to 65 pitches regardless of his performance. That limit got hit in the third inning, Kuhl struck out five with two hits, he walked four and gave up a two-run banger to Nick Castellanos that scored one of his walks, Joey Votto.

Reds starter Tejay Antone worked five innings, dealing out five hits and one run after Bryan Reynolds singled in the third inning and Adam Frazier came in from second, where he’d landed after his own single and an Antone wild pitch. Also, shh—Frazier has a ten-game hitting streak going on, don’t tell anyone.

With the score 2-1 in favor of the Reds, Shelton brought in Geoff Hartlieb in the top of the fourth inning. Hartlieb allowed a single to Kyle Farmer. That would prove to be the last hit the Reds would get in this game. No, really. Hartlieb went two innings, then Sam Howard, Chris Stratton, Nik Turley, and Richard Rodriguez (who would get the win) pitched one solid inning apiece.

Here came the ninth inning. The Reds had brought on reliever Raisel Iglesias, and the Bucs must have interpreted his name as RaiseIt. Josh Bell promptly singled, as did Ke’Bryan Hayes. So did Tucker, with the result that Bell crossed home to tie the game. John Ryan Murphy got pulled in favor of Kevin “King of the Walkoffs” Newman, but Newman ended up on first on a fielder’s choice and Hayes got thrown out at home, with Tucker advancing to second. Gonzalez wasn’t swinging for the fences because he didn’t have to—in fact, he didn’t even run to first base because he knew he’d brought Tucker home. The Reds challenged that Tucker didn’t touch third. Well, they tried, anyway, but the safe call was held up and the Jolly Roger flew.