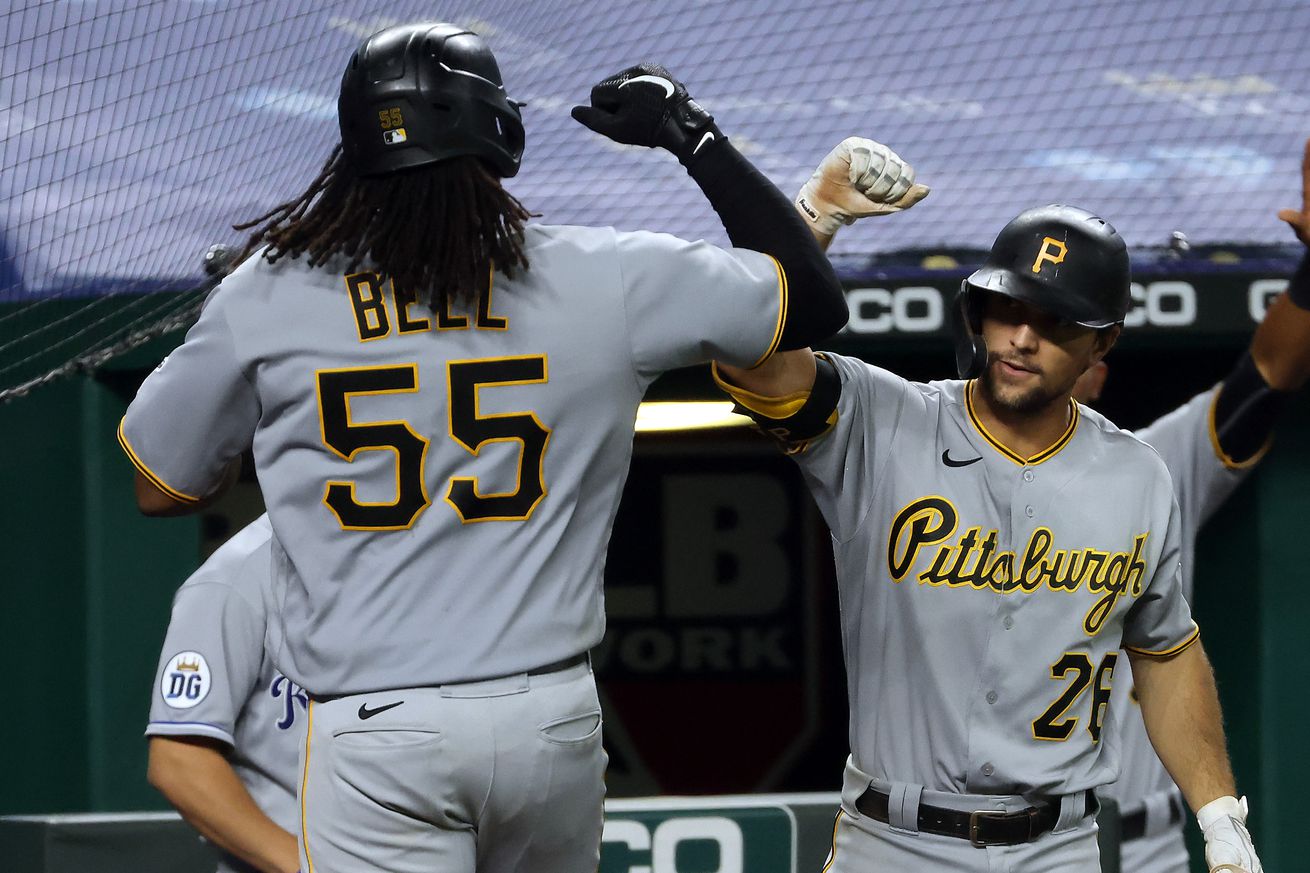 Well, that was exciting. | Photo by Jamie Squire/Getty Images

Let’s get the normal stuff out of the way first: tonight the Pirates, still smarting from last night’s close loss, take on the Royals in the second game of a three-fer at Kauffman Stadium. Trevor Williams (1-6, 5.80 ERA, 38 K, TOO MANY &%$& HOMERS) takes the mound for the Bucs, while rookie Carlos Hernandez (0-0, 1.42 ERA, 4 K) will make his MLB starting debut for the Royals.

Now for the not-so-normal stuff: the game will be broadcast by AT&T SportsNet, but will start at 7:35 EDT instead of 7:05. This is due to a standoff with a gunman at Arrowhead Stadium which as of this writing (6:20 p.m.) is still ongoing. Thankfully, no injuries have been reported, but the Pirates were held up at their hotel until the situation de-escalated. Also, this game thread was a little delayed because the Pirates website literally just posted today’s lineup. Slackers.

So here are the lineups (finally), and, as always, LET’S GO BUCS!