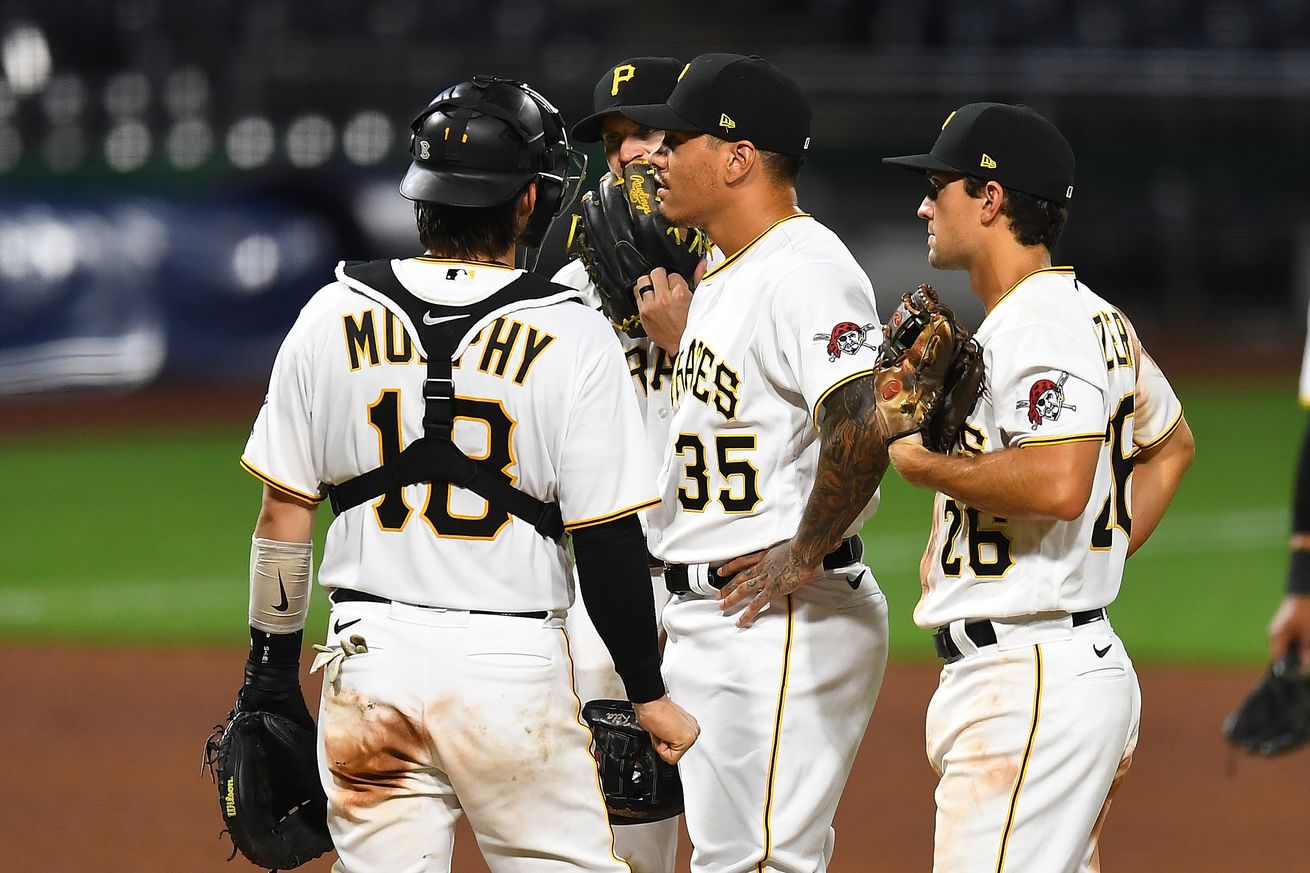 The Major League Baseball trade deadline is always a fun day for fans, whether their club is a buyer, a seller or somewhere in the middle. When the club is scuffling, as is the 2020 edition of the Pirates, it’s fun to predict who might be on the block and what those players might bring in the way of hope for the future – rebuilding blocks, so to speak. When the club is contending, it’s a different ballgame. In that scenario, you might be taking those so-called future hopes and cashing them in for players capable of helping to secure a playoff spot or even a championship.

We’ll know by 4 p.m. today whether the makeup of the Pirates will be significantly altered, but with a few hours remaining, it’s fun to speculate on who might be sent packing.

One report last week had Pirates general manager Ben Cherington willing to clean house, but on his 93.7 The Fan weekly show Sunday, he didn’t seem intent on a holding a fire sale. “We don’t need to make trades to make trades,” he said.

Instead, Cherington said, there are other avenues to upgrade the club’s roster. In addition to acquiring talent through trades, teams can add talent through the draft, through international signings and through free agency and waiver claims. “Trading is one of those avenues,” Cherington said, “and it’s an important one.” Understandably, given the trading deadline, it receives lots of attention right about now, “but impact has to come from all of those avenues,” he added.

In recent weeks, much of the talk centered on one player – closer Keone Kela. The hard-throwing right-hander proved he could close with the Rangers a few years back and did nice work in that role for the Pirates a year ago. But he got off to a late start this year due to issues with COVID-19, and then an episode of forearm tightness put him on the shelf again. As a result, he’s thrown just two innings this year, spread over three games.

So, it’s not likely the Pirates will be able to fetch much of a return for Kela. Still, if anyone is willing to take a chance on him regaining his health in time for postseason play, I’d let him go because it’s highly unlikely he would re-sign with the Pirates for 2021.

Speculation also swirled around Adam Frazier, who – despite a slow start in 2020 – has proven to be a capable second baseman and a streaky hitter who also can do a satisfactory job in a corner outfield spot and perhaps even third base or shortstop in a pinch. I’m not the biggest Frazier fan – his slow starts have always left me frustrated – but he has turned out to be a better big leaguer than I thought he’d be while he was making his way through the system.

In my armchair GM universe, I always envisioned Frazier suiting up at second base in Oakland, helping to solidify one of the few A’s trouble spots. And in return, I saw the Pirates getting one of Oakland’s trio of solid young catchers; not Sean Murphy, who would be untouchable, but perhaps Jonah Heim, the least-known of the bunch. But those hopes were dashed a few days ago when the A’s sent Franklin Barreto – the last piece they received in return from Toronto for Josh Donaldson in 2014 – to Anaheim for second baseman Tommy La Stella.

I’m not sure about a logical landing spot for Frazier now, although I do believe whoever obtains him likely will do so for his versatility and not his potential as an everyday second baseman. But if I were Ben Cherington, I’d move Frazier for even a modest return, just to loosen up the middle infield logjam in Pittsburgh.

There’s also been talk about moving Josh Bell, but I don’t see that happening at this point because of Bell’s terrible start. If you move him, you’d be moving him with his value at a low point, and because he still has two more years of control, the club would still have time to deal him. Perhaps he’ll heat up during the month of September and regain some of his lost luster. In that scenario, an offseason trade would make more sense and could bring a better return.

A few other trade chips worth noting are Colin Moran and Erik Gonzalez. Moran, everybody’s whipping boy, has shown he’s a capable pinch hitter and his versatility – he can at least stand at third base and play a decent first base – would make him a valuable bench piece on a contender. Gonzalez has shown, albeit in a small sample size, that he is more than a capable infielder, and he hasn’t gotten embarrassed at the plate this season. I’d endorse dealing one or both of them, insert Ke’Bryan Hayes as your everyday third baseman, bring Cole Tucker back from his outfield exile and install him at short, and move Kevin Newman to second. I don’t mind the Pirates moving Tucker around a bit to see what he’s capable of, and for a guy who never played an inning of outfield in his life, he has adjusted rather well, a few bumps notwithstanding. But I’d still rather have him as my everyday shortstop, unless he’s completely overmatched at the plate, and let Newman play second.

All of this must be offered with a qualifier that these guys – with the exception of Hayes – are likely not your infield of the future. Waiting in the Altoona camp are several infield prospects with seemingly higher ceilings in Nick Gonzales, the club’s first-round draft pick this year; Oneil Cruz, the highly touted skyscraper shortstop (whom I can’t see playing shortstop in the big leagues) and Liover Peguero, the 19-year-old infielder obtained from Arizona in the Starling Marte deal. To me, Tucker and Newman – and whoever survives today’s trade deadline – are just placeholders until those guys are ready for big league competition.

The Pirates also have a few starting pitchers who might make nice additions to contending clubs in Derek Holland, Trevor Williams, Chad Kuhl and Joe Musgrove. I don’t know what they could get for Holland; he’s not horrible and could be an effective long man or spot starter. Maybe they could deal him for some additional international bonus pool money, as they did when they shipped Jarrod Dyson to the White Sox. I have no qualms with them trading Williams and Musgrove; to me, they’ll never be more than middle or back of the rotation guys. Kuhl, though, is a different story. I’ve already said I’d like to see him move to the back of the bullpen because he could make a lights-out closer. But he’s also shown to be a more than capable starter, so I’m not sure where his future lies. But I’d like to see it remain in Pittsburgh. I’ve heard arguments that it might be wise to sell high on Kuhl now because by the time the Pirates are ready to contend, Kuhl’s contract demands will be more than the Pirates are willing to meet. And that argument has merit. But I’d still hang onto him for now, unless someone completely blows the Pirates away with an offer.