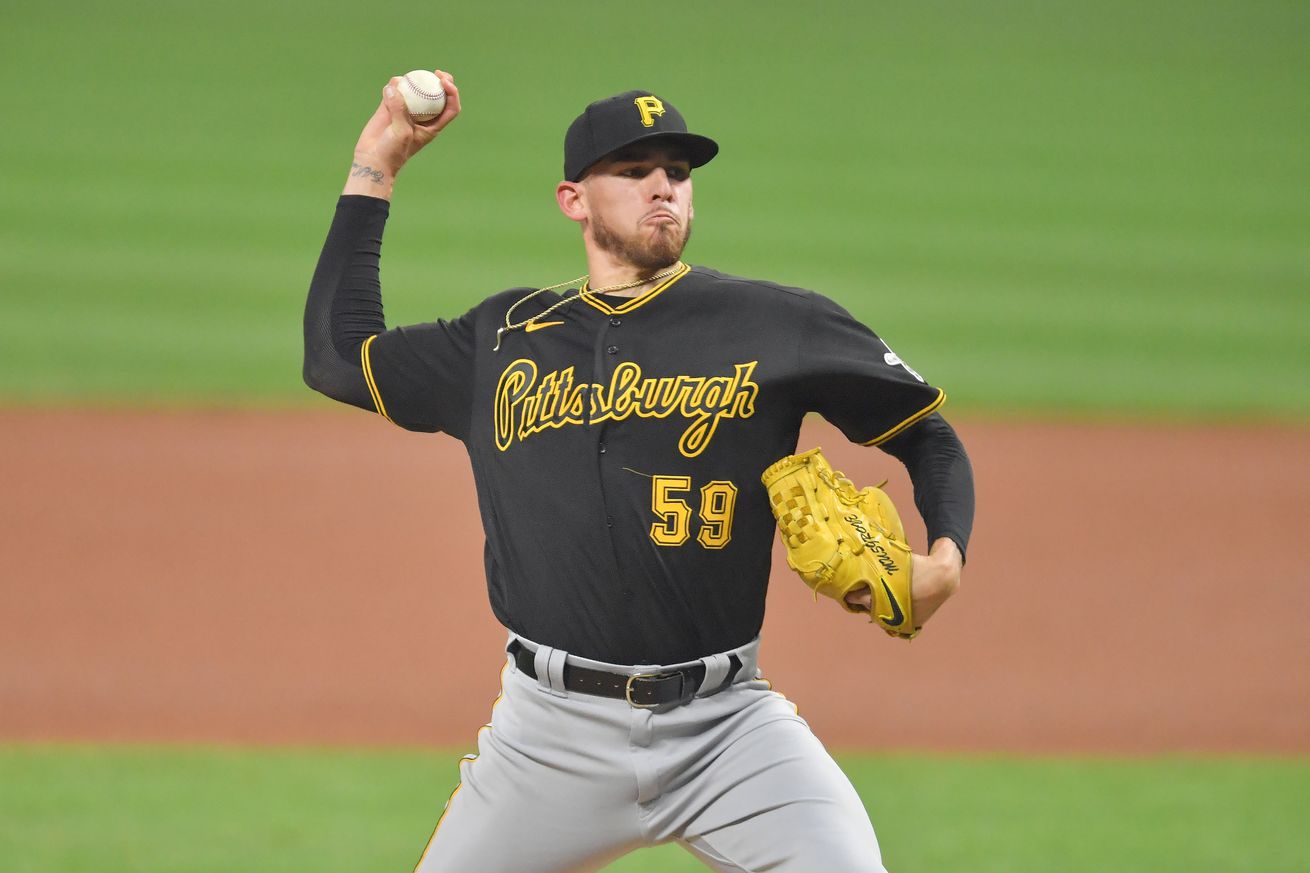 One of the many drawbacks of following a team as bad as the Pirates is knowing that things aren’t likely to turn around anytime soon. I tend to be a bit more optimistic than most, though, so I truly believe some of the key pieces are in place to turn the Bucs into contenders in the not-too-distant future.

Those pieces include some young prospects such as Nick Gonzales, Liover Peguero, Oneil Cruz and pitchers Quinn Priester, Brennan Malone, Tahnaj Thomas and Carmen Mlodzinski. And I’m also a believer in Ben Cherington, Steve Sanders and the staff they’re building at 115 Federal St. Call me crazy, but I think the Bucs might be on to something here.

The problem, though, is that there is plenty of baseball to be played – God and the vaccine willing – between now and the time the Pirates can be considered ready to challenge for a playoff spot. And by baseball I mean potentially bad baseball. The 2020 season was bad enough, but it’s anyone’s guess if it was the proverbial rock bottom. The 2021 season – in terms of on-field performance – could even be worse than this past season. That’s particularly true if the Pirates pitching looks as bad as it did the first 80 percent of the season. That stretch, which covered 46 of the club’s 60 games, saw Pirates pitchers get rocked to the tune of a 5.19 ERA, yielding 4.5 walks and 8.2 hits per nine innings.

Things got a little better in the season’s last two weeks (or at least the last two weeks MINUS the final game of the season) when the club’s staff fashioned a combined 2.54 ERA and trimmed the walks to three per nine innings while maintaining a 9K per nine rate.

A key part of that turnaround, as my colleague Nathan Hursh pointed out in an Oct. 25 post, was Joe Musgrove, who rebounded from a right triceps injury to make five outstanding starts in the season’s final month. During that stretch, the soon-to-be 28-year-old right-hander allowed 18 hits in 25 innings, walking just five and striking out 38 for a 2.16 ERA.

Musgrove has teased us before with strong stretches, only to revert back to something more along the lines of a No. 3 or 4 starter. Hursh pointed out that it was Musgrove’s fastball that got him into trouble in 2020, and that relying more on his curve would make more sense going forward, given the numbers.

So what if Musgrove has finally found the secret? Sometimes it takes pitchers a while to realize what their real strength is. Many Pirates observers have promoted the idea of dealing Musgrove, saying that he’s far and away their most valuable trade chip and noting that the Bucs nearly parted with him at the trade deadline. Some point out that it would make more sense to cash in on any return that Musgrove might bring now because by the time the Pirates are ready to contend, the San Diego native might be on the downside – and even more importantly in the case of the Pirates, too expensive for owner Bob Nutting’s taste.

I’m torn on this one. I’d love to see the Pirates give Musgrove a full season to adjust to a new pitch mix, as Hursh suggested, and work with pitching coach Oscar Marin. Or at least allow him to make 20 starts or so prior to the trade deadline and then deal him to a contender for prospects. The gamble, though, is that during the first four months Musgrove fails to show the stuff he displayed in September of 2020 and proves to be just another back of the rotation starter – and therefore doesn’t fetch anything in the way of a return.

If I had to make a decision, I’d opt to see what the trade market is like this winter, and flip Musgrove for the best you can get. I’m convinced there would be suitors for him. As much as I like his makeup and his potential, I wouldn’t mind seeing the Bucs take a chance on a high-risk, high-reward pitching prospect and suffer through another long season in 2021. If that helps bring another top 3 draft pick in 2022, I could live with that.