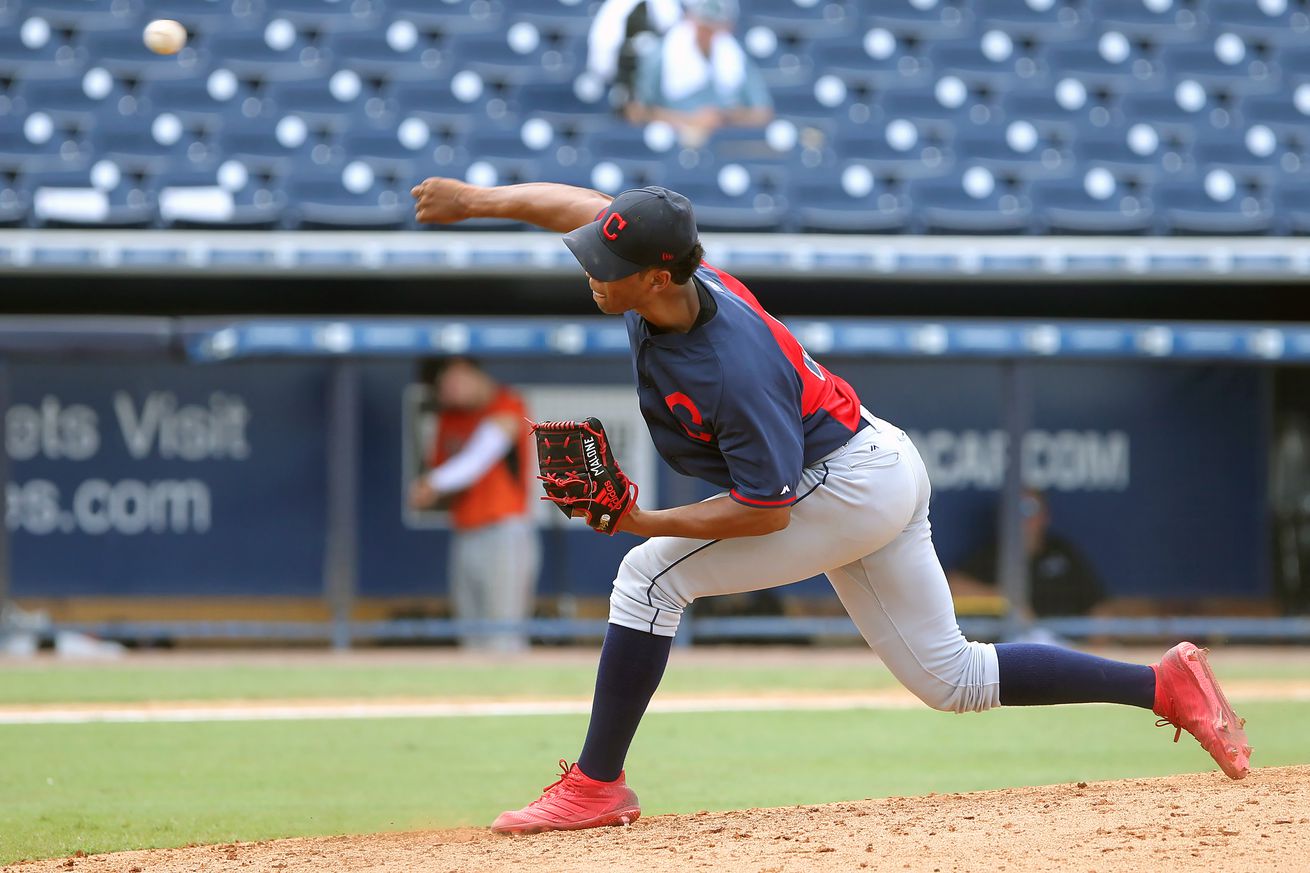 With the Pittsburgh Pirates mired in what has been a miserable Spring Training so far in 2020, now seems to be the perfect time to examine reasons for Pirates fans to be excited for the future of the team.

One of the reasons to be excited about the future of the Pirates is a pitching prospect who was recently added to the organization by way of the Starling Marte trade. Brennan Malone was acquired along with shortstop prospect Liover Peguero in the deal that sent Marte to the Arizona Diamondbacks.

Malone was originally selected in the first round of the 2019 draft, out of IMG Academy in Florida, by the Diamondbacks with the 33rd overall selection. The 6’4” and 205-pound righty was ranked as the 19th best player in the draft but slipped due to what was considered to be a strong commitment to play baseball at the University of North Carolina.

However, he would forgo his collegiate career with the Tar Heels, instead opting to sign a $2.2 million deal with the Diamondbacks. He would end up finishing the 2019 season by playing in the short-season A-ball and with the Rookie League team of the Diamondbacks.

Between the two stops, Malone would pitch in just eight innings, going 1-2 with a 4.50 earned run average, a 1.125 WHIP and eight strikeouts on the year. The Matthews, North Carolina native is expected to begin the year with the Low-A Greensboro Grasshoppers.

Malone’s fastball is easily his best pitch, as it sits in the 93-96 miles per hour range and has touched 99 miles per hour at its peak. Also, his slider is a legitimate out pitch with swing-and-miss abilities. His curveball is above average and has an 11-to-5 break to it. Malone’s changeup is average and he will need to develop it more for greater effectiveness of his other pitches.

Currently, Malone projects as a player with a front of the rotation ceiling. If he can continue to develop his pitches, which are all above average except for the changeup, and can add velocity as he fills out, he has the potential of an ace in the future. He is currently projected to arrive in the major leagues in 2023.

It will be worth monitoring how the young righty performs in his first full season of professional baseball. Currently, he looks the part of a future ace in the organization. Pirates fans are hoping that is the case, as they are banking on the future with the present looking rather bleak.