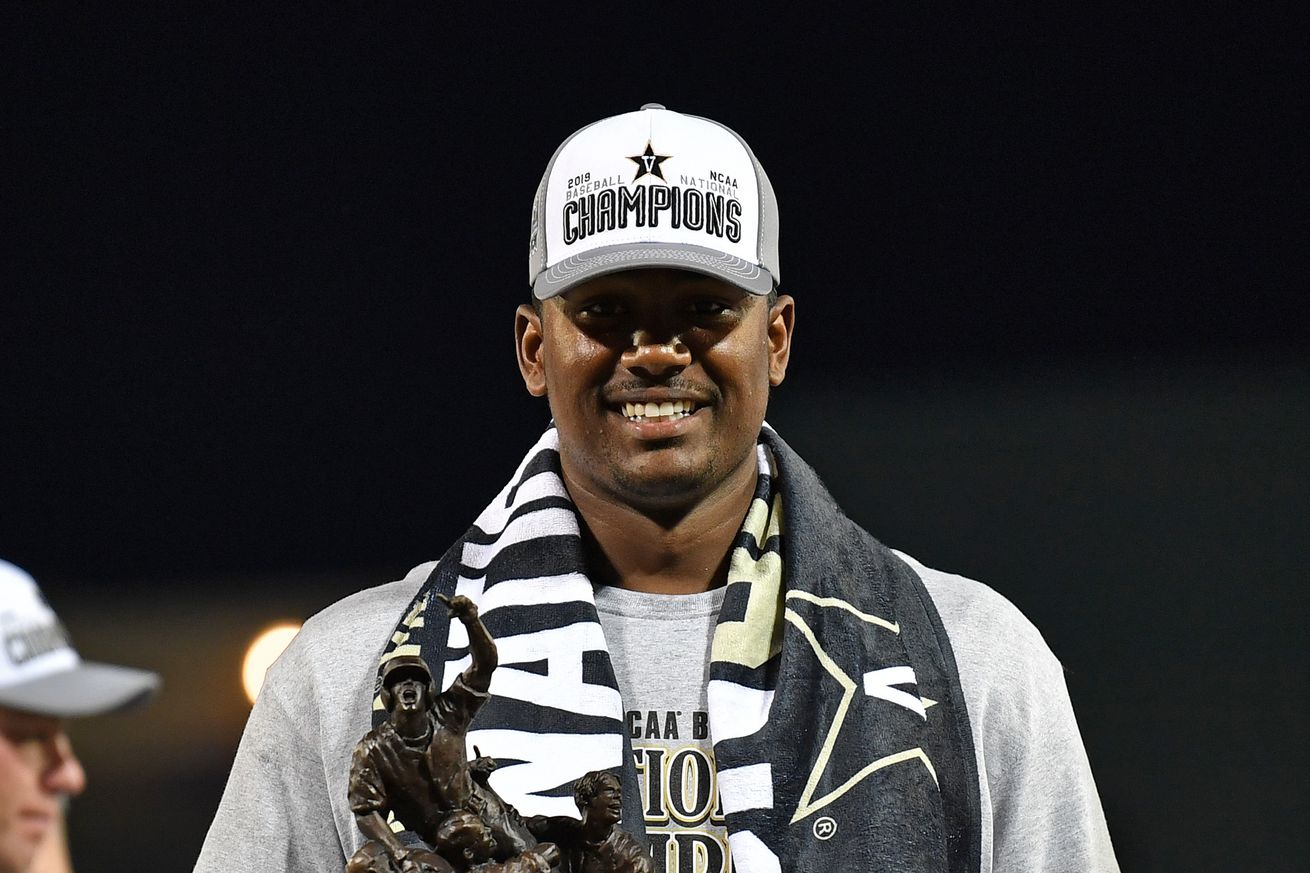 I’m sure you all remember that I was no fan of the whole #TankForKumar thing going on this past summer.

It’s not that I didn’t understand it—the Pirates suck, and the current reigning College World Series MVP, Kumar Rocker, is a 6’5” 255-pound beast with two super-filthy pitches at his disposal.

It’s just that, possibly more than any other major North American sport, baseball draft picks are lottery picks with slightly better odds than that guy in front of you at the Giant Eagle customer service desk is going to get with those Powerball tickets. Kind of like those scratch-off tickets some lazy co-worker will give you at Christmas where you might win a couple of bucks, minus that creepy flannel-wearing woodchuck from the commercials.

Suddenly, however, a challenger has appeared. Jack Leiter, Rocker’s Vanderbilt teammate, started being mentioned in the same breath as Rocker. I saw this often enough that I filed it away in the Possible Future BD Article section of my brain. I’d never registered Leiter before other than “he’s gotta be Al Leiter’s kid,” (and he is) so I knew that some research would be in order.

Now that the research is done, I’m kind of confused about how a guy who has pitched a whopping FIFTEEN POINT TWO INNINGS of Division 1 baseball is considered to be neck-and-neck in the 2021 First Pick Lottery with a guy who has a proven, dominant track record going back to high school.

The overthinkers burble about Leiter having a “greater floor” since he has a curveball and Rocker had some command issues in his otherwise phenomenal freshman season at Vanderbilt. I’m not saying that Leiter’s bad. Vanderbilt has been a Division 1 powerhouse in baseball since the mid-oughts, so naturally, it recruits the best. It is times like this that I quote that great pundit of our times, Taylor Swift:

YOU NEED TO CALM DOWN.

There are a whole lot of Ifs here. If there is a full college baseball season in 2021. If Leiter doesn’t suffer a major injury. If he can continue in the vein of his high school career. If he’s effective in the Division 1 postseason. If he can hurdle the Ifs, he has a shot of going in the first round of the 2021 draft.

It’s not going to be to the Pirates, though.