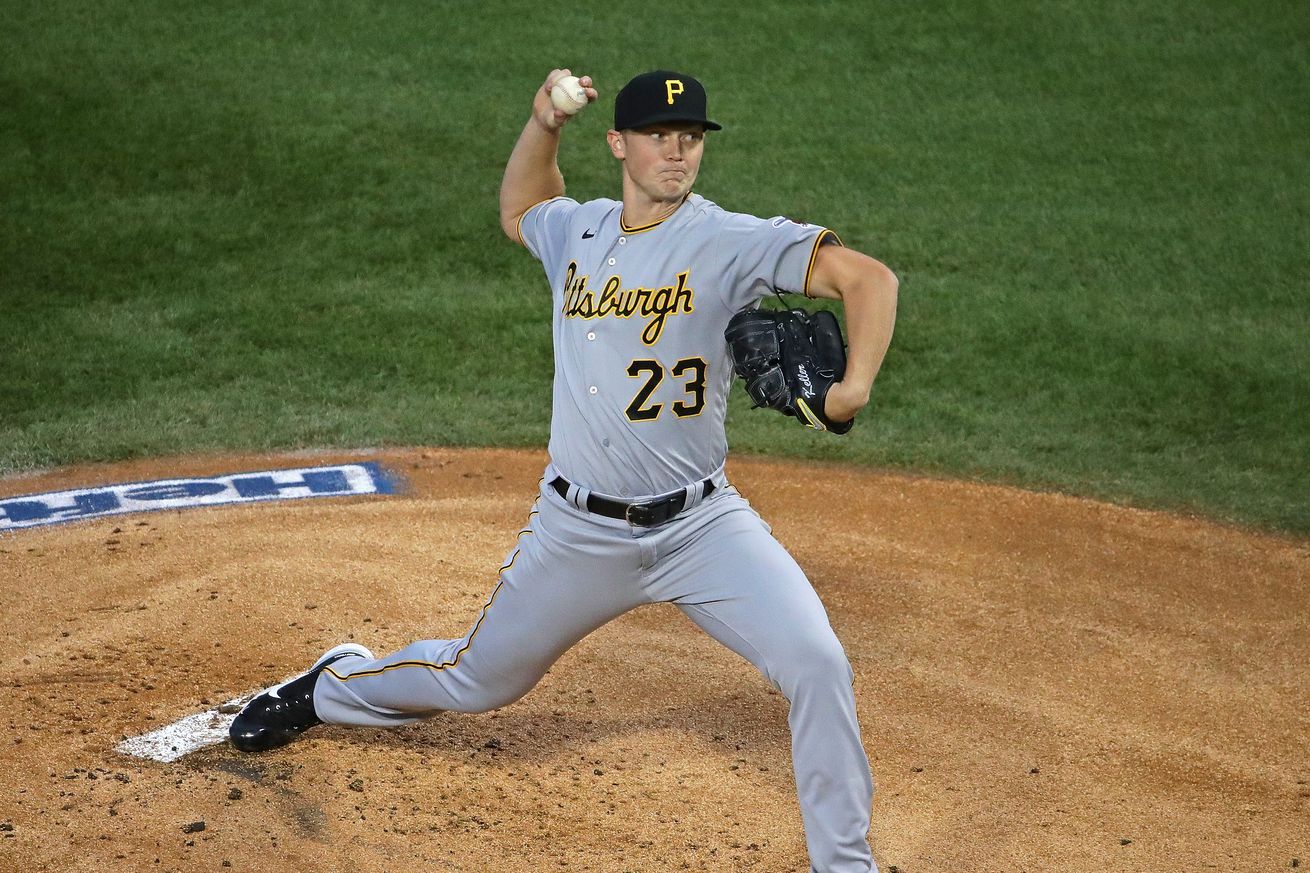 The reeling Pittsburgh Pirates, coming off a three-game sweep at the hands of the Kansas City Royals, will look for a fresh start today when they begin a four-game series at Cincinnati’s Great American Ballpark with a doubleheader against the Reds.

And so will the Bucs’ top pitching prospect.

Mitch Keller, sidelined for more than a month while recovering from a strained left oblique, will get the start in today’s second game. Keller, who compiled a 1-1 record and a 3.52 ERA in two starts, is expected to be limited to about 50 pitches today.

Keller went just 2 2/3 innings in his last start, which came Aug. 1 against the Cubs, before he experienced discomfort. In that game, he allowed five hits and two earned runs, walking one and striking out one in 49 pitches.

In his first start of the season, Keller worked five innings, allowing two hits and an earned run while walking three and striking out two in getting the win. He threw 87 pitches in that opening start, which came on July 26, and 47 went for strikes.

Wednesday’s series finale will also start at 6:40 p.m., with JT Brubaker starting for the Pirates. Luis Castillo (2-5, 3.44) will pitch for the Reds.

All four games will be broadcast on AT&T SportsNet.

Musgrove has provided one of the few bright spots over the past week or so, as he turned in a solid four-inning start on Sept. 8 in the Pirates’ 5-4 win over the Chicago White Sox.

Musgrove, who returned to the rotation Sept. 2 after missing nearly a month with an ankle injury and right triceps inflammation, worked the first four innings, giving up just three hits and two walks while striking out five in a scoreless outing.

In his first start after coming off the disabled list on Sept. 2, Musgrove yielded three hits and two earned runs in three innings while striking out four.

Brubaker’s most recent outing was his worst of the season by far, as he was lit up Wednesday for seven earned runs and seven hits in 5 1/3 innings against the White Sox. His ERA went from 3.96 to 5.34 in that start.

Offensively, the Pirates continue to struggle as outfielders Bryan Reynolds and Gregory Polanco are still looking up at the Mendoza Line. Reynolds is hitting just .176 in 136 at-bats while Polanco is at .147 in 116 trips.

The Bucs, now 14-30 heading into the final two weeks of play, were pummeled in Sunday’s series finale in Kansas City, losing 11-0.

Pirates starter Chad Kuhl suffered through his worst start of the season, as he lasted just 2 1/3 innings, giving up nine earned runs on four hits and six walks before giving way to Nick Tropeano.

Kuhl, coming back from a season of inactivity due to Tommy John surgery, uncorked a first-inning pitch that Pirates catcher John Ryan Murphy could not corral and it caromed off the mask of home plate umpire Jeremie Rehak, allowing two runs to score. It didn’t get any better from there as Kuhl walked home a pair of runs in the second.

The outing was uncharacteristic of Kuhl, who put up respectable numbers in his first eight outings this season. He took a 3.38 ERA into Sunday’s action, but by the time the Royals had finished running the bases, that mark had ballooned to 5.50.

It’s possible that Kuhl has hit a bit of a dead arm period. He lasted just 70 pitches against the Royals after eclipsing 80 in his three starts prior to his Sept. 6 outing against the Reds. In that game, he went just three innings, throwing 64 pitches.

So far on the season, the Reds and Pirates have split six games.