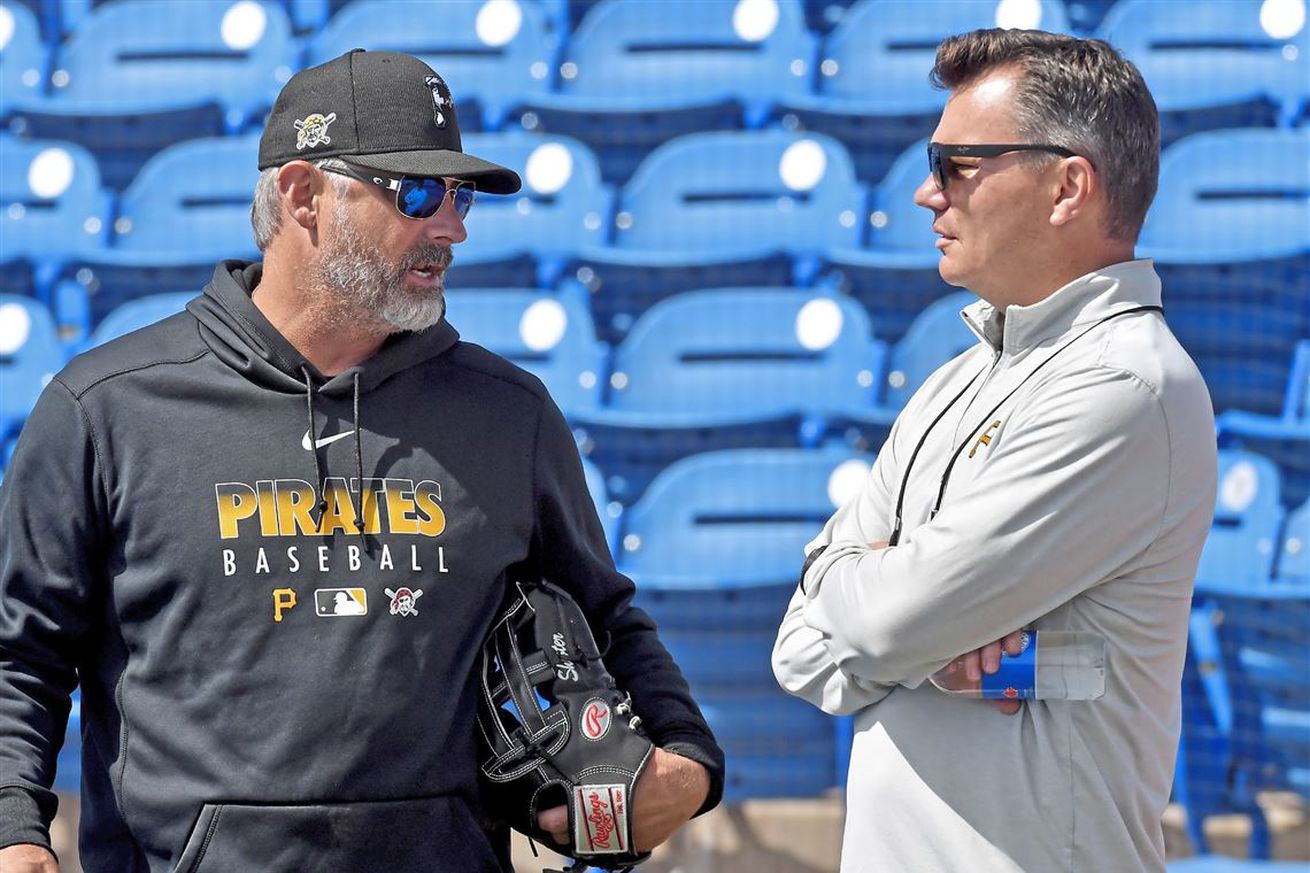 “We’re in for it, aren’t we?” | Matt Freed/Pittsburgh Post-Gazette

The auditions are over. It’s time to cast for the 2021 Pirates.

And if Neal Huntington had been your director in the past, you need to start fearing for your role.

In the past week, Ben Cherington has publicly moved farm director Larry Broadway (apt name for this article) out of that role, although at this time, he’s still with the team. Among the eight operations and training personnel that got dropped yesterday was former MLB manager and longtime player development advisor Nick Leyva.

Scouting and player development made Cherington’s MLB bones, so these moves don’t come as a surprise. Now, though, it’s getting to be time to make more visible decisions—like coaching.

Rick Eckstein, Tarrik Brock, Joey Cora, and Justin Meccage were held over from the Huntington/Hurdle regime. When you look at the bigger picture, Eckstein definitely has to be feeling the heat the most. The Pirates’ slash line was a putrid .220/.284/.357 in 2020. When you’re the batting coach of a team that already isn’t that great offensively, and everyone’s stats plunge precipitously after supposedly a lot of tweaks have been made, that doesn’t exactly bode well for you. It would be easy to blame the drop on the pandemic and the accompanying craziness, but it wasn’t a player here and there having a slump. It was just about everyone that came to bat for the Bucs, save for Ke’Bryan Hayes, and if we’re feeling charitable, Colin Moran (I feel charitable).

Brock’s main contribution to the Pirates’ 2020 season was helping Cole Tucker learn outfield defense. Tucker picked up things reasonably well, but there’s no indication that he’ll be a permanent fixture in the outfield or even a utility guy if you listen to Derek Shelton or Cherington. Add to that Brock’s responsibility to oversee the Bucs’ running game, which often seemed like the Master Guide to TOOTBLANs this year, and he should be nervous too.

Cora and Meccage, at least to me, seem the safest. One of the few bright spots for the 2020 Bucs was the at-times downright heroic bullpen, and Meccage working in tandem with Oscar Marin played a large part in that. With Hayes’s ascendance, management and the front office may not want to upset the delicate balance involved with developing a potential superstar. I’m not saying that neither of them is expendable. Still, when things are going relatively well in a particular coaching sphere, especially on a struggling team, management’s first instinct should be to leave things alone.

I don’t think that Cherington is going to pull a 1997 Marlins-type team torching, but I don’t agree with a lot of the media who claim that he’s not going to do much of anything at all as far as the old guard goes since he already has to a certain extent. He did it before with the Red Sox with pretty impressive results, which of course is the reason he’s in Pittsburgh (insert obligatory “Nutting is cheap though” complaint here).

There’s going to be new faces at PNC Park next year. The question of how many there’ll be, however, has just finished being asked.