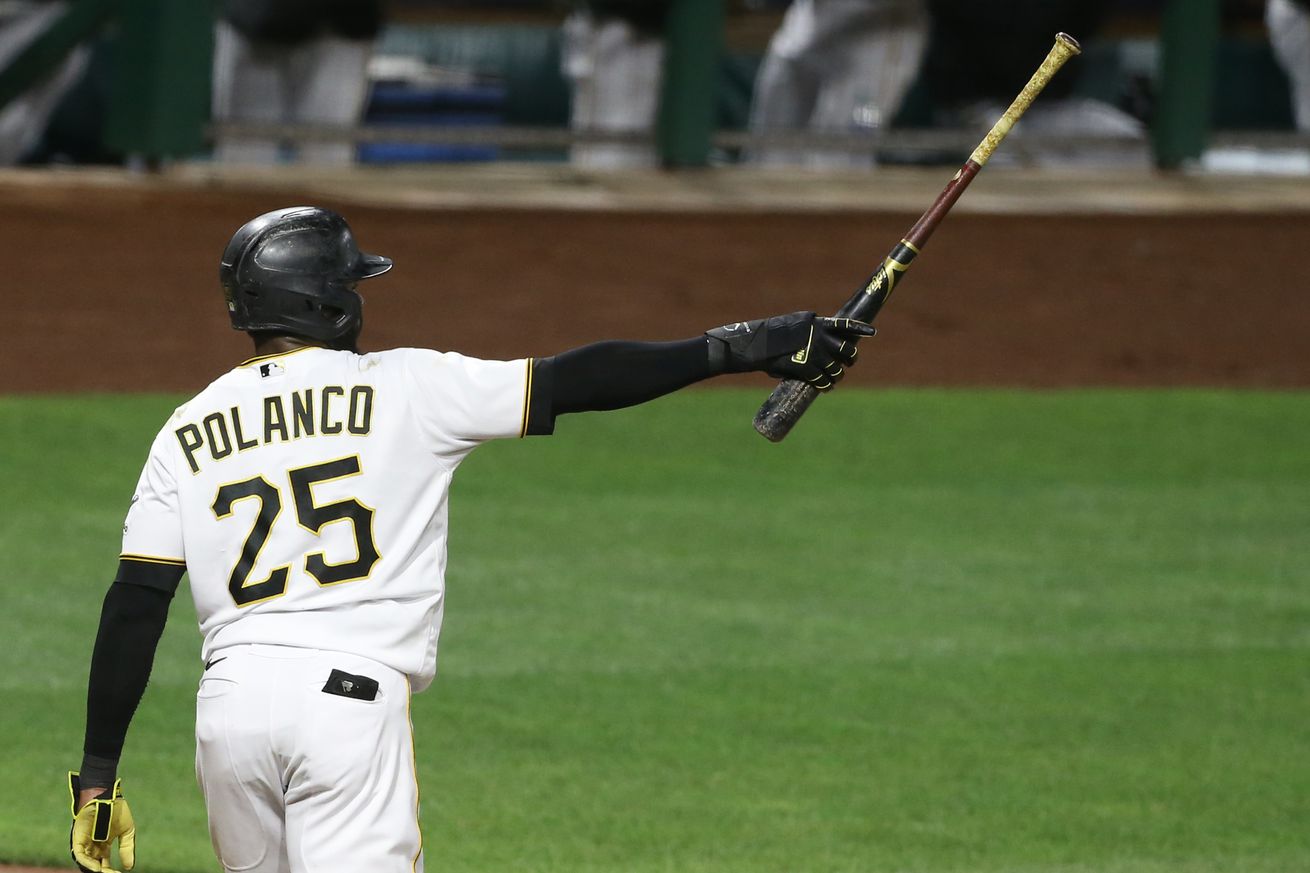 Gregory Polanco’s career with the Pirates has been underwhelming.

As a former top prospect, hopes were high for the now 29-year-old. Polanco hasn’t been a bust per se. He’s had three seasons in which he has posted an fWAR of at least two. That said, Polanco has never reached his perceived ceiling of becoming an All-Star player. Although there have been stretches in which Polanco has produced at an elite level, he has never been able to put together a full season of elite play.

2020 was a low point for Polanco. Over 174 plate appearances, he hit .153/.214/.325 with seven home runs. His K rate of 37.4 percent was eight percent higher than his previous career-high. It was also the fourth-highest rate among all MLB hitters (minimum 150 plate appearances).

His fWAR of -0.7 was a career-low and among the lowest in all of baseball. The one silver lining in 2020 for Polanco was that he hit the ball hard. His hard-hit rate of 51 percent was the 12th highest rate among hitters (minimum 150 plate appearances). You know, when he managed to hit it.

One way or another, 2021 will more than likely be the last season Polanco spends in Pittsburgh.

If he continues to struggle, Polanco will be bought out and released after the season. If Polanco can turn things around and produce at a competent level, the rebuilding Pirates would be smart to trade him for whatever they can get.