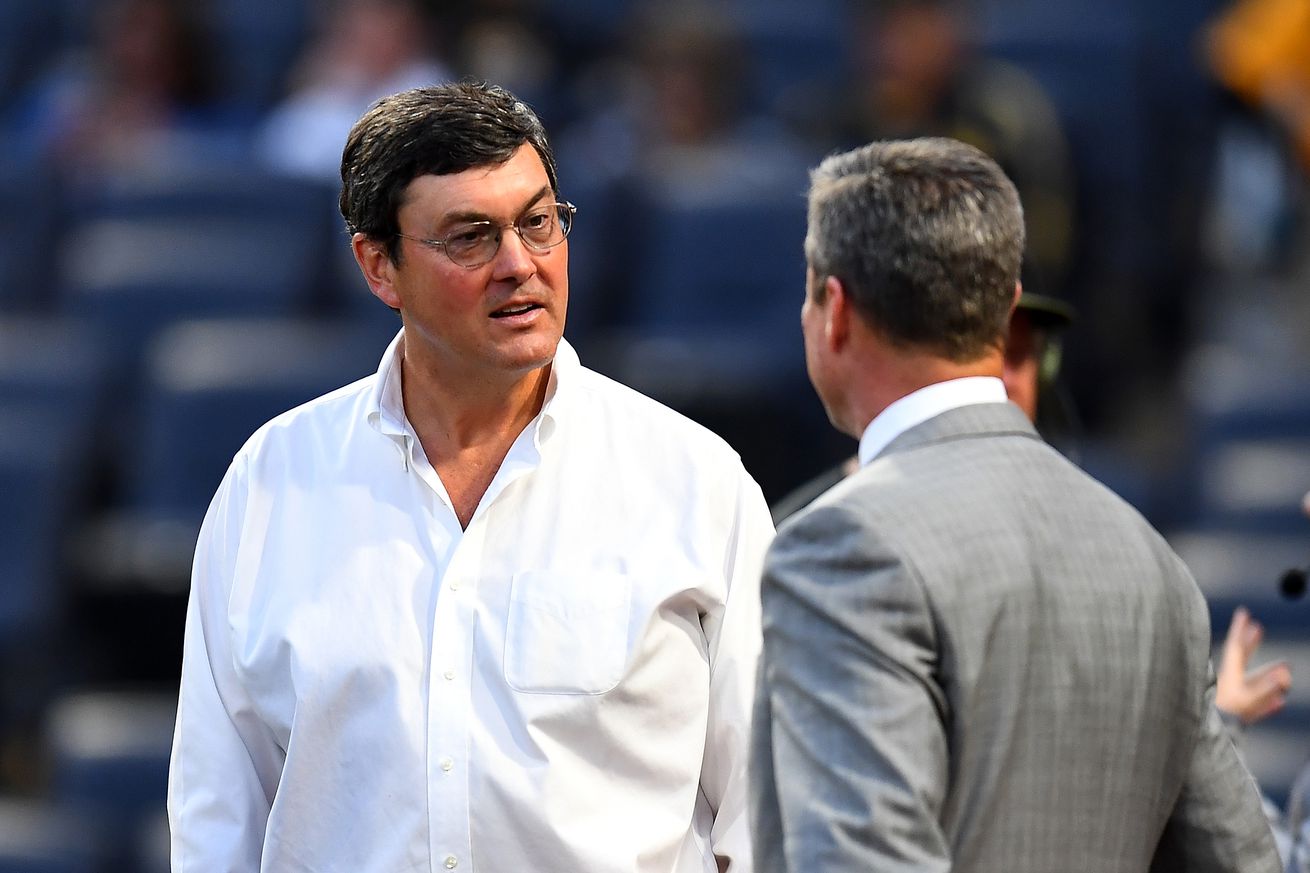 The Tampa Bay Rays are playing in the American League Championship Series. The Pittsburgh Pirates are at home. In a year where over half the teams in the sport made it into the playoffs, the Pirates hopes were dashed early on. Nobody expected the Pirates to do much this year. Many projections for the team ranged in the realm of the 26-28 win territory, with some going so low as 22. The former category might’ve meant the Pirates were on the right track. The latter track would’ve just been a bad team that might — or might not — have clinched the overall number one pick.

But we can’t ignore the obvious: The Rays aren’t in a developmental stage like the Pirates. Or, perhaps I should say, the Pirates resorted back to a preliminary developmental stage thanks to Neal Huntington and Co. at the end of their tenure. In fact, as we are keenly aware, Tampa is doing their magic on the backs of several former Pirates: Charlie Morton, Tyler Glasnow, and Austin Meadows. On MLB Network over the weekend, one analyst speculated the Meadows might wind up being the ALCS MVP. Yeah, it’s tough to watch these fellas thrive elsewhere.

As for the similarities and differences, there are plenty. For starters, both organizations are considered to be in small markets. But Tampa’s metro population is a tick over three million, while Pittsburgh clocks in at 2.3 million. These differences might not mean a ton on its face, but we know that more people generally equals more fans which equals more money. Tampa also claims the median income title, edging Pittsburghers by about seven thousand dollars. Make no mistake about it, however, the Pirates could spend money if they wanted. We know that Nutting, in most cases, is unwilling. That doesn’t mean the Pirates could afford to sign massive free agents, as that’ll never be the case, but the team could get more support from the head boss. Signing more players to supplement what the organization grows is going to be vital to the team’s success — something we haven’t seen much of.

As for the teams’ reputations, in many ways they’re similar. Just yesterday I heard Jim Rome quip that the Rays are known to be an organization that won’t spend money and fields a roster of players nobody knows. Of course, that’s somewhat of an exaggeration, but the truth is, the Pirates operate similarly. While Tampa has some bigger names in the baseball kingdom, just as the Pirates did in the mid-2010s, those on baseball’s periphery aren’t likely to be as familiar with the players that fill out the Rays’ ranks, nor will they know many of the guys in black and gold.

This means that teams like Tampa and Pittsburgh have to operate with more tact, cunning, and fiscal prudence, unlike, say, the New York Yankees. Again, we know this. The Yankees, though they have grown more talent in recent years, will always have a fat payroll and if they have to pay the luxury tax, so be it. They are a luxury brand. They are the Mercedes S-class of Major League Baseball.

The Rays have been around since 1998. Over that time, they’ve made the playoffs six times. They lost in the World Series in 2008, their first year in the playoffs, then lost four straight Division Series appearances. Now they look poised to gain entry into their second ever World Series.

Conversely, the Pirates have made the playoffs six times over the last three decades. Three of those came at the beginning of the ‘90s, and more recently, two came and went over the duration of a one-game Wild Card slotting.

These types of differentiation in success stems from the front office style of management. Over the course of the Rays first run, Andrew Friedman was the general manager. Friedman is now the President of Baseball Operations for the Los Angeles Dodgers, a position he took in late 2014. The Dodgers have made the playoffs each of the last eight years. Despite their inability to capture a title, Los Angeles has arguably been one of the best — if not the best — team in baseball over that time.

Erik Neander now heads up Tampa’s front office. Pittsburgh is hoping Ben Cherington can do for the Pirates what Friedman and now Neander did for the Rays. It needs to be said that Huntington did some good spinning at times despite being ostensibly hamstrung by the owner, but he may perhaps forever now be known for dealing Meadows, Glasnow, and Shane Baz for a severely regressed Chris Archer or, as some bitter fans might say, a bag of balls.

So, what’s the big difference between the two organizations? Well, aside from the fact that the Rays swindled the Pirates in their most recent trade negotiations, it’s development. The Rays seem to make the right moves when it comes to growing their big league club and when they get the right guys, they figure out how to use them — much like the Astros did to become the powerhouse* they now are.

On the other end of the spectrum, the Pirates have repeatedly either picked good players and largely failed them, or avoided picking the best players to instead go after players with a greater “signability.” The players who have succeeded in Pittsburgh, like Andrew McCutchen, may have largely done so in spite of the front office.

As one anecdotal example, when Gerrit Cole was moved to Houston, one of the first things they did with him, according to Travis Sawchik and Ben Lindbergh’s “The MVP Machine,” was sit down and show him breakdowns of his strengths, weaknesses, heat maps, and video. Cole conceded he’d never seen anything like that.

The Pirates have squandered player talent, only to watch those players succeed elsewhere. For a time, many thought the Pirates had a knack for sucking up untapped player markets, but those days have completely vanished. It seems the Rays were the real tricksters, either making players appear from thin air or capitalizing on the shortcomings of other front offices around the league — an ability that is a prized commodity in the sports world.

Now Pirates’ fans are hoping the ship’s course has righted its direction and hopefully players will be developed much more properly than they have been in the past. The scout responsible for Gregory Polanco claims the Pirates “ruined him.” We often blame Polanco for his lack of production, maybe we should turn our attention to the former front office. The same front office that failed to get Cole and Glasnow to find their ceiling before shipping them off for quantity over quality in Cole’s case, and perhaps a final, departing middle finger to the fanbase which chastised them so much in Glasnow’s case.

Regardless, fans are right to wonder what the Pirates will do in the future from both a developmental and acquisition standpoint. While there is new hope in the front office, doubt will inevitably creep in because of who’s running the show from the very top. Yes, the Pirates get the first pick this year. Many expected Vanderbilt pitcher Kumar Rocker to go first in the draft, but with the Pirates on the clock, anything’s possible. After all, the top slot last year cashed in over eight million dollars. Will the organization be willing to invest that amount of money? Or will it be Bryan Bullington 2.0?