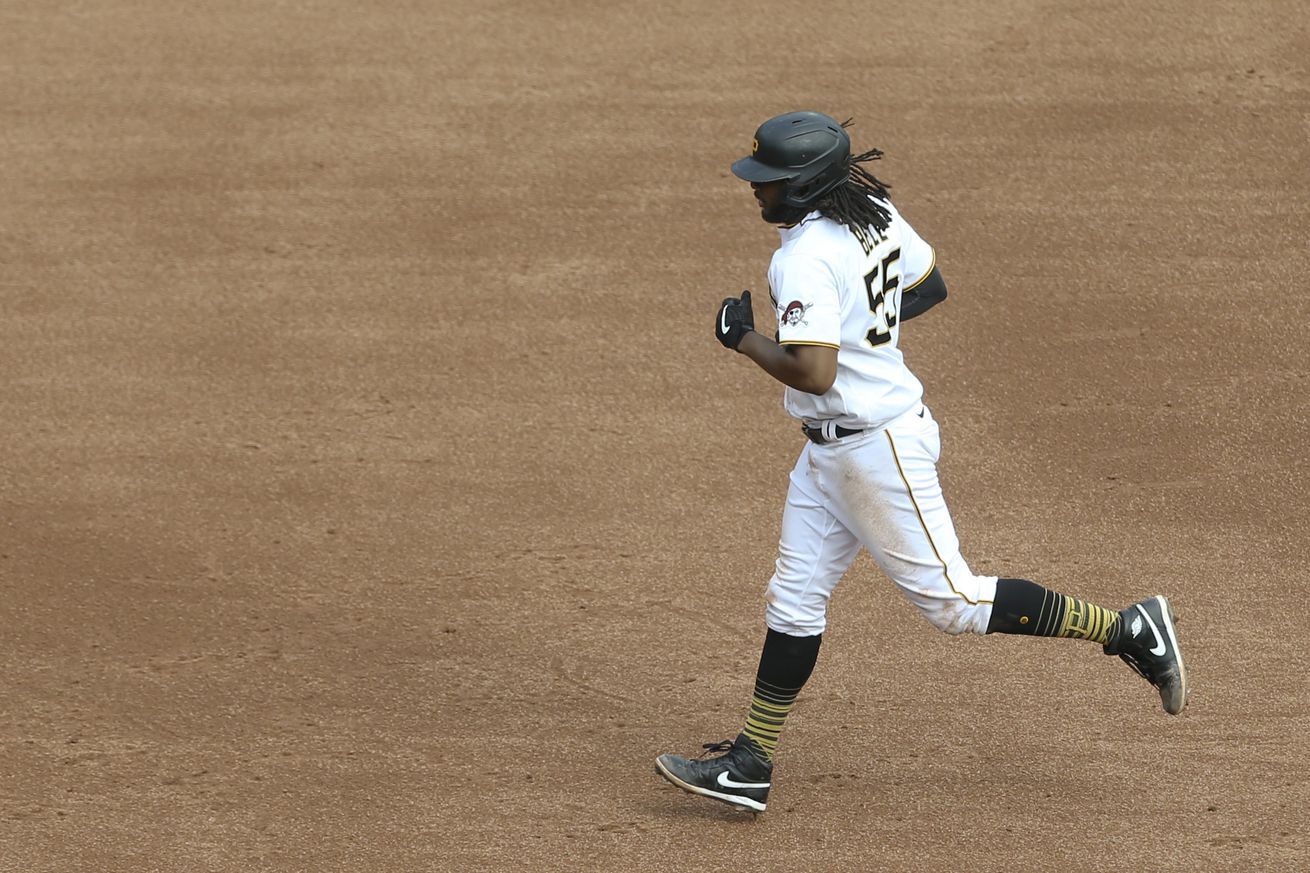 In my opinion, Josh Bell is one of the most confounding players in baseball.

Through the first two months of 2019, Bell was one of the best hitters in the league. By the end of May 2019, he was hitting .343/.405/.704 with 18 home runs in 242 plate appearances. Fans were beyond excited. Bell was regularly hitting mammoth shots into the river. It looked as though he was blossoming into the second coming of Willie Stargell.

Since then, things have not been the same. Although Bell’s 2019 numbers were impressive as a whole, he cooled off since the historic first two months. Things got worse in 2020. The 60-game season was a complete disaster for Bell (-0.4 fWAR).

Is that who Bell is now? A below-average hitter at an offensively premium position who also plays terrible defense?

During the first two months of 2019, Bell had success cutting back on ground balls (42.9 percent). In his last 594 PA though, that rate jumped back to his career norm of 48.7 percent. In 2020 specifically, his ground ball rate was an astronomical 55.7 percent. The high rate of ground balls was probably a factor in the low BABIP.

Bell is not the superstar caliber hitter shown in the first two months of 2019. But he’s also not nearly as bad as he was in 2020.

What can we expect from him moving forward?

Although Bell generally has a good eye and hits the ball hard, he’s just not consistent enough to be a star. At age 28, there is still time for him to progress as a player. For a hitter like Bell, someone who is always tweaking his approach and trying different ways to get his timing down, it might take another 1,000 plate appearances before he finally reaches a point of consistency. In the meantime, there will be stretches when everything clicks and he looks like Willie Stargell. There will be other stretches (like 2020) when he looks like Jeff Clement.

Bell has three years left of team control before he reaches free agency. For a rebuilding team like the Pirates, who will more than likely be looking to trade him in a year or two, this can be frustrating. Which Bell will they get value for? Is there another team out there who can help him reach his ceiling and ultimately make the Pirates look bad? In the last few years of the Neal Huntington era, that was the M.O..

Managing Bell’s situation will be one of the first big tests for the still-new Ben Cherington regime. They mustn’t mess it up.