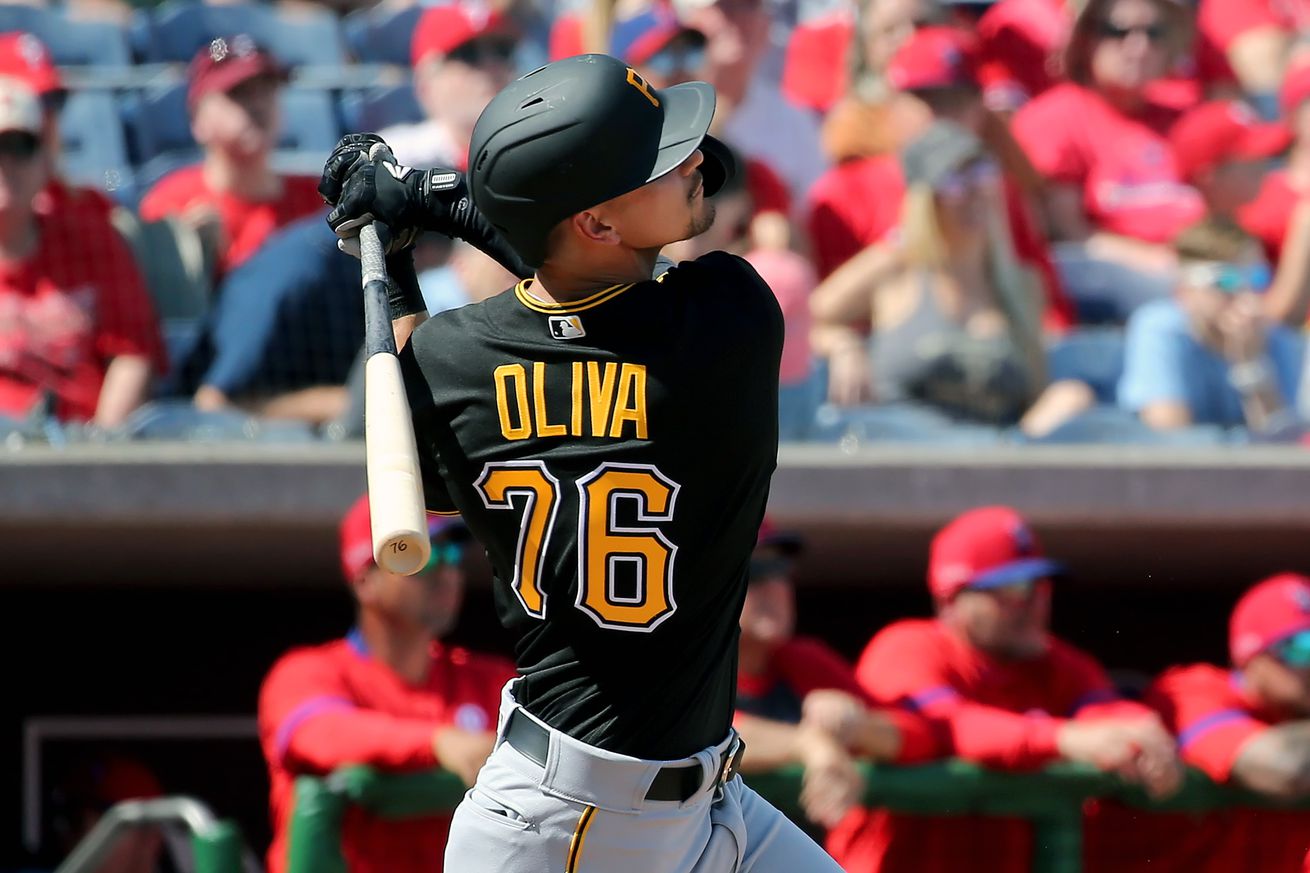 Now that Ke’Bryan Hayes, the Bucs’ top position prospect, has been called up and inserted into the lineup, fans might be wondering – or arguing about – who should be the next one to be summoned from the Altoona satellite camp.

Granted, the pickings are somewhat slim, but there’s one player in particular I could see making his way to Pittsburgh before the end of the season.

Anthony Alford’s unfortunate meeting with the outfield wall at PNC Park brought an untimely end to his season just as it was getting started. And that’s too bad. Alford was a tantalizing project, seemingly stuffed with great potential but never able to translate that potential to production at the big league level while a member of Toronto Blue Jays organization. He had barely gotten his bearings in Pittsburgh before a broken elbow put him on the shelf for the duration.

That came shortly after Pirates management had indicated that Alford would get plenty of opportunity to show what he could do in the last half of the 2020 season. He figured to share time with Bryan Reynolds, Gregory Polanco and Cole Tucker, but that rotation plan had to be scrapped.

The club recalled Jason Martin from the Altoona camp to replace Alford, but I can’t see Martin figuring in the club’s long-term plans as any more than a potential fourth or fifth outfielder, stashed away on the bench or in Indianapolis in a normal season – at least until his options are up. But one player I’d like to see the Pirates give some playing time to is Jared Oliva.

The 24-year-old California native, selected in the seventh round of the 2017 draft out of Arizona, ha steadily worked his way through the system and spent the 2019 season in Altoona, where he overcame a slow start to finish with a .277 batting average and a .750 OPS in 123 games. The 6-foot-2, 195-pound right-handed hitter proved to be a threat on the bases, as he stole 36 bases in 46 attempts.

Oliva followed that season with an impressive showing in the Arizona Fall League, hitting .312 with an .886 OPS in 109 plate appearances. Oliva stroked 11 doubles, stole 11 bases in 12 attempts and generally comported himself well in the outfield.

Oliva has never put up super-impressive numbers since becoming a part of the Pirates organization, but neither has he struggled. During his first season at West Virginia in the rookie-level New York-Penn League, he batted .266 with a .700 OPS in 254 plate appearances, and in his first full season in 2018, he charted marks of .275 and .778 at Class A Bradenton of the Florida State League. He stole 33 bases that year but was caught eight times.

I have nothing against Martin, who was part of the internationally panned Gerrit Cole trade. Martin, who is just a few months older than Oliva, actually put up numbers that were more impressive than Oliva’s at Altoona. In 289 plate appearances there in 2018, Martin hit a robust .325 with a .913 OPS – his second straight year with an OPS of better than .800 in Double-A ball. The previous season, Martin hit .273 with an .802 OPS at Corpus Christi of the Texas League while property of the Houston Astros.

Martin has never had a true opportunity to show what he could do with the Pirates. He came to the plate 40 times in 2019 after Starling Marte was hurt and batted .250 with a .631 OPS. This year, he has appeared in two games and is hitless in seven plate appearances.

I don’t want to write Martin off, and perhaps – if given a chance – he could show he’s a capable major league outfielder. And the same goes for Tucker, who has transitioned better than could be expected from his home at shortstop to the outfield. But because I’ve seen them both, like many fans I’m interested in seeing the guy whom I haven’t yet seen – and that’s Oliva.

To me, Tucker looks like a potential super utility guy, capable of handing shortstop as well as the outfield. But at times he looks completely overmatched in the batter’s box from a physical strength standpoint. He’s yet to reach his prime, physically, and maybe when he starts gaining that man strength he won’t be overmatched. I don’t deny that very well could happen. After all, he just turned 24 two months ago. And despite being physically overmatched at times, he still manages to get his share of hits – somehow. So I definitely want him on my team, and he very well might be my starting center fielder next year. It’s just that I want to see what Oliva can do now.

Oliva is not currently on the 40-man roster, so a spot would have to be opened for him to be added. But there are a number of candidates – JT Riddle, anyone? – who might be axed to allow Oliva to make the drive from Altoona to Federal Street. I realize you’d be sacrificing some service time, but why not see what he can do over the final third of the season?