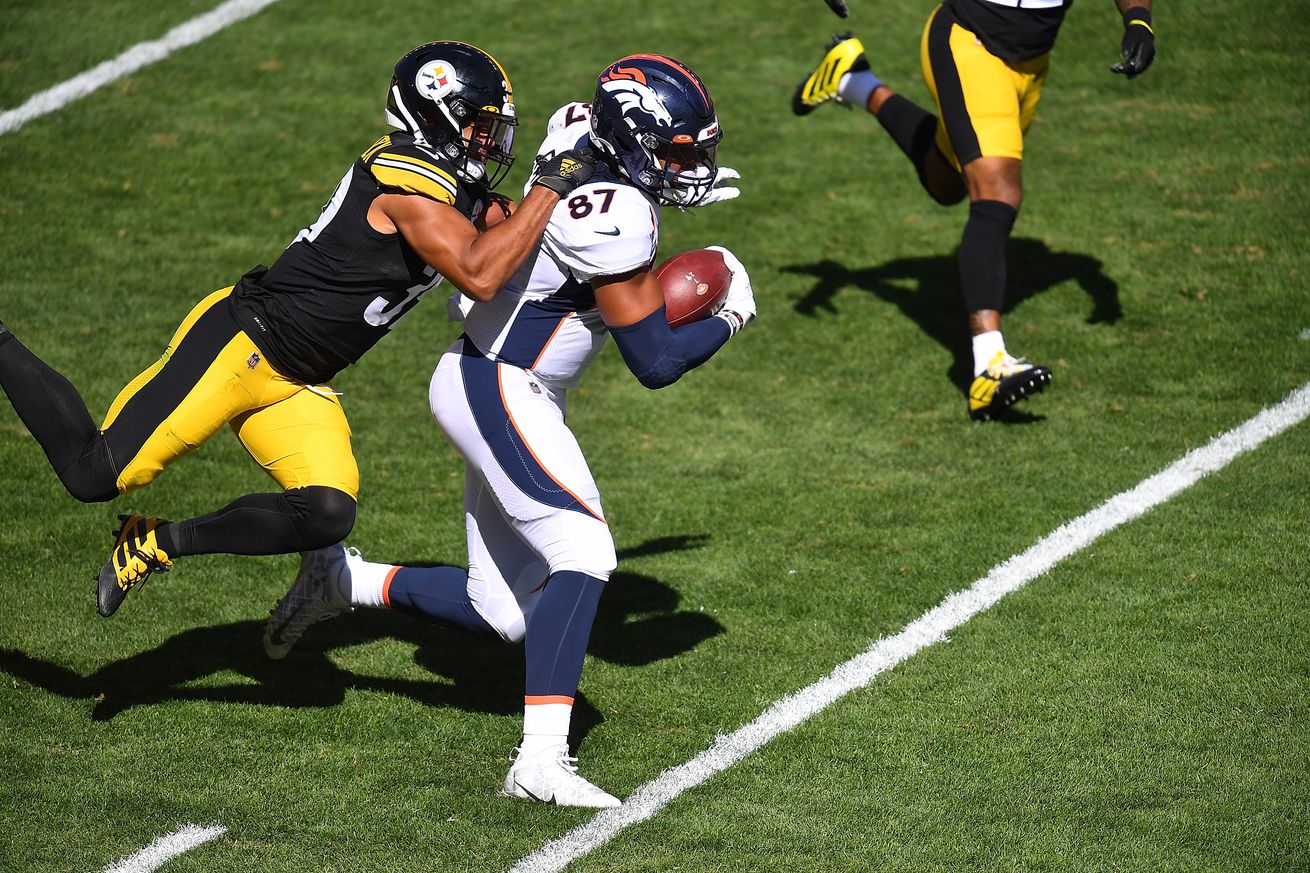 A pair of Steelers defenders are losing some money out of their weekly checks due to penalized hits in Week 2.

The Pittsburgh Steelers’ defense didn’t have their best game against the Denver Broncos in Week 2. While they peppered quarterback Jeff Driskel with blitz after blitz, this approach often left their secondary on an island with their respective assignment.

Pittsburgh’s defensive philosophy has, and always will be, built around physicality. Being able to impose your will on the opposition. With this approach often comes hits which can be penalized in-game for infractions.

The Steelers had two such hits vs. the Broncos, and the National Football League has decided to dock some pay from the pair of defenders who were guilty.

The players? None other than Minkah Fitzpatrick and Mike Hilton, and the pays came on consecutive plays.

This per Joe Rutter of the Pittsburgh Tribune-Review:

Safety Minkah Fitzpatrick was fined $11,619 for a horse collar tackle on Broncos tight end Noah Fant that led to a field goal, cutting the Steelers’ lead to 17-6.

Slot cornerback Mike Hilton was fined $15,000 for a roughing-the-passer penalty on the next drive. This play drew a 15-yard penalty, and the Broncos scored on the next play, a 20-yard pass from Jeff Driskel to Fant (and 2-point conversion) that reduced the Steelers’ lead to 17-14.

These are the first known fines dished out to the Steelers this season, and likely the last considering how fine-heavy the NFL can be from things like uniform infractions down to the ever questionable roughing the passer penalties.

The Steelers were able to overcome these penalties and win in Week 2 by beating the Broncos 26-21, but if they want to advance their record to 3-0 and beat the Houston Texans in Week 3 they will have have to play a cleaner brand of football.

After being flagged 10 times for 89 yards in Week 2, the Steelers will hope to clean up their act en route to staying perfect in the 2020 regular season.

Stay tuned to BTSC for the latest news and notes surrounding the black-and-gold as they prepare for Deshaun Watson and J.J. Watt to invade Heinz Field for a 1 p.m. kickoff.