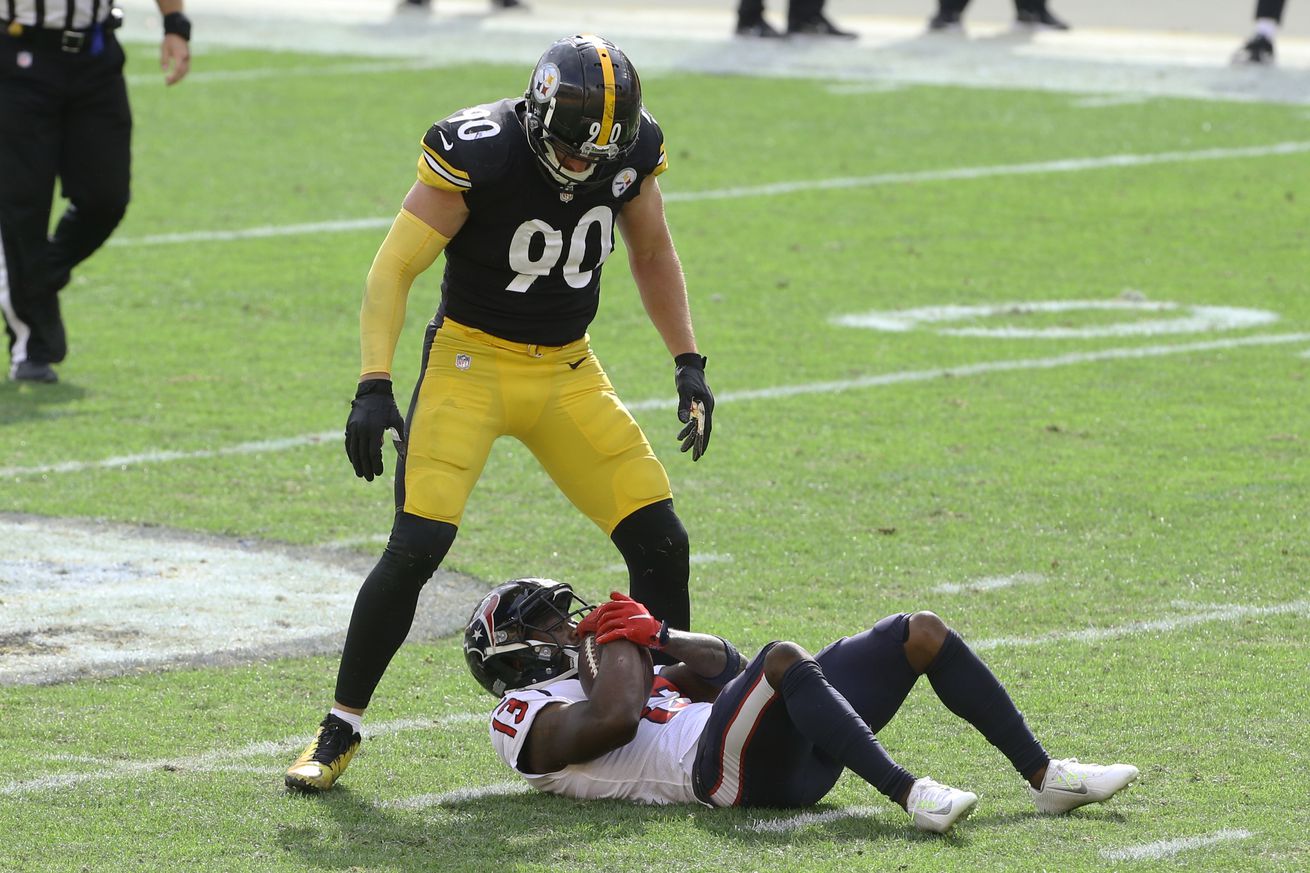 According to Pro Football Focus, two players on the Steelers’ defense are still ranked first in the NFL at their respective positions.

Only two games into the 2020 season, the Steelers had three players who carried a number-one rank at their position according to Pro Football Focus. Rookie wide receiver Chase Claypool had the top spot early in the season, but a one-catch performance with a fumble in Week 3 along with the Steelers’ Week 4 bye had him falling into the 20s before rocketing back up to 6th with his four touchdown performance against the Philadelphia Eagles last Sunday. But as for the other two Steelers’ players scoring the highest at their position, they have maintained their ranking each week heading into Week 6 of the 2020 NFL season.

To the surprise of nobody in Steelers’ Nation, T.J. Watt is still the highest-graded edge defender in the NFL. Although his overall score is 0.7 points lower than it was following Week 2, Watt still holds the advantage by 0.6 over Khalil Mack. Watt also lands in the top five of each individual category of run defense, pass rush, and pass coverage.

T.J Watt is currently tied for 5th in the NFL in sack with 4.5 despite playing one less game than most of those ahead of him. He is also tied for the league lead in quarterback hits with 13 along with Aaron Donald. Watt is also 2nd in the league in tackles for loss with 8 which is only one behind teammate Vince Williams and is two more than anyone else in the league.

Since Week 2, Tyson Alualu’s overall grade according to PFF has actually gone up 0.4 points. Alualu holds a 1.1 points advantange over Vita Vea of the Tampa Bay Buccaneers and 1.4 points ahead of the Ram’s Aaron Donald. Alualu’s run defense score is tops in the league by 6.0 points over the next closest interior defender.

Although his stats don’t jump off the page, what Alualu has done to the middle of the Steelers defense has helped them completely shut down the run game so far in 2020. In all, Tyson Alualu has one sack and three quarterback hits as well as to pass defensed and 12 tackles, three of which were for a loss.

So these are the two Pittsburgh Steelers defenders currently ranked first at their position in the NFL for the 2020 season. What are your thoughts about these rankings? Are these players deserving of the recognition they’re getting early on? Or does Pro Football Focus not really show much credibility in both who may have ranked high and who they don’t? Please let us know your thoughts in the comments below.