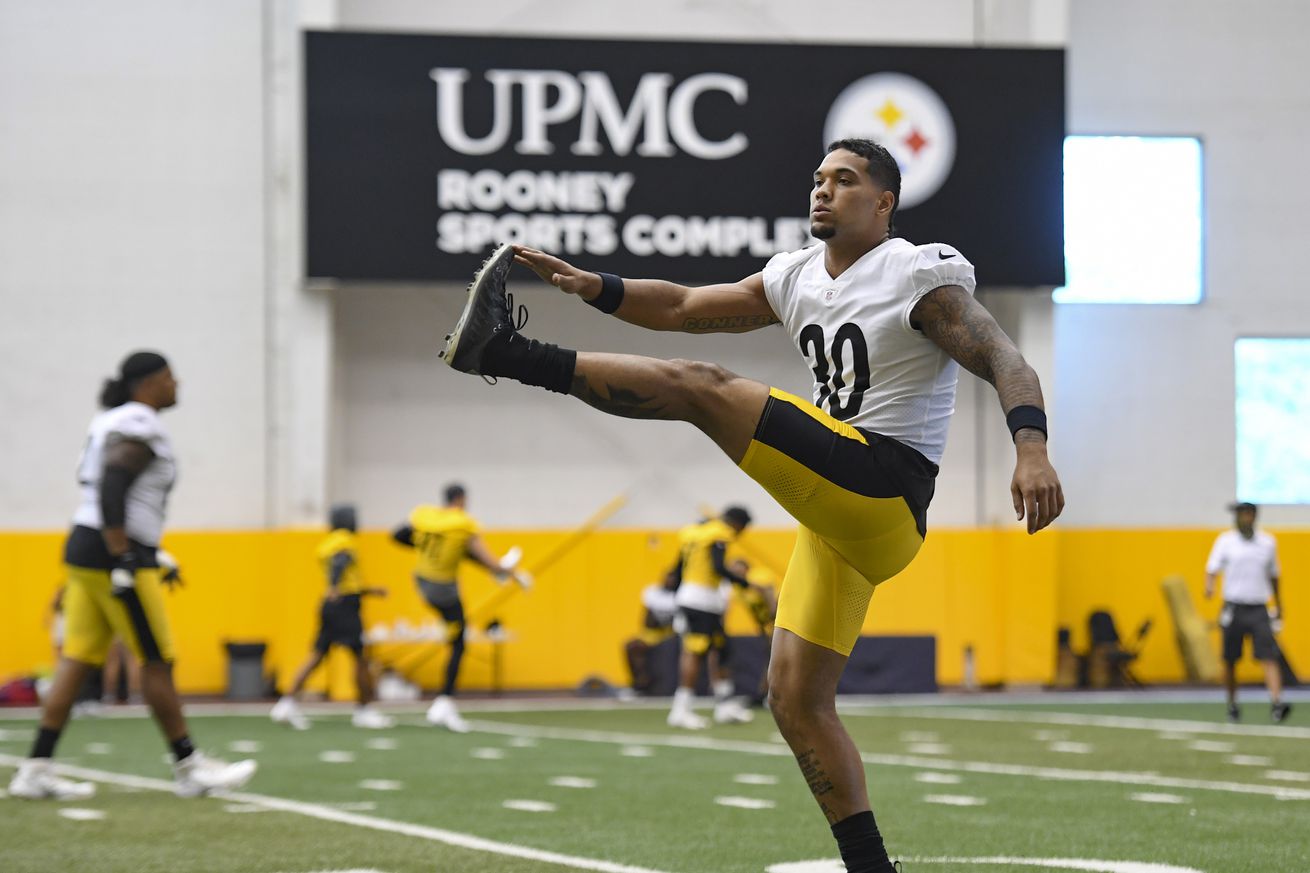 The Steelers head coach was asked a few questions following their first day of practice of the Steelers’ simulated game week.

The Steelers 2020 training camp is winding down. But as long as Mike Tomlin keeps speaking following each practice, we’ll keep looking at the players mentioned in his press conferences. Unfortunately, Wednesday’s press conference left Steelers’ fans wanting more as only three questions were asked by the media and Tomlin’s entire interview took less than four minutes. Since there was so little to go on, an extra statement from Tomlin in regards to the New York Giants will be included.

The only question Mike Tomlin was asked about any of the players on the Steelers on Wednesday was about the workload of James Conner for the day. Coach Tomlin responded with comments about additional running.

“It wasn’t anything conscious in terms of ramping up his workload. James has had a good camp and has done good work. We’ve removed him from some of the tackle football in terms of team run. But that’s not about him, that’s just to get more exposure to some of the younger guys that we know less about. To check the evolution of Benny Snell, to get to know Anthony McFarland if you will. So that’s kind of been our focus. It has been a good pre-season for him. We expect that guy to be ready to go. He came in highly conditioned. He’s a professional and we’re excited about getting him the ball.”

Since there was only one response which included players, a question specifically about the New York Giants will be thrown in for good measure. Coach Tomlin was asked if they are specifically preparing for the Giants this week and how they go about preparing for them with a new coaching staff and no preseason games.

“We weren’t necessarily focused specifically on the Giants even though we went through a mock regular season game Wednesday. We were still just focused on our high-volume things. Things that we can execute in really all circumstances. There are a lot of unknowns about the Giants. It’s the first game, there’s no preseason, they’re a new staff. So the things that we focus on in environments like this better be things that we can execute regardless of circumstance and really that was our focus. It was more about us and our ability to perform.”