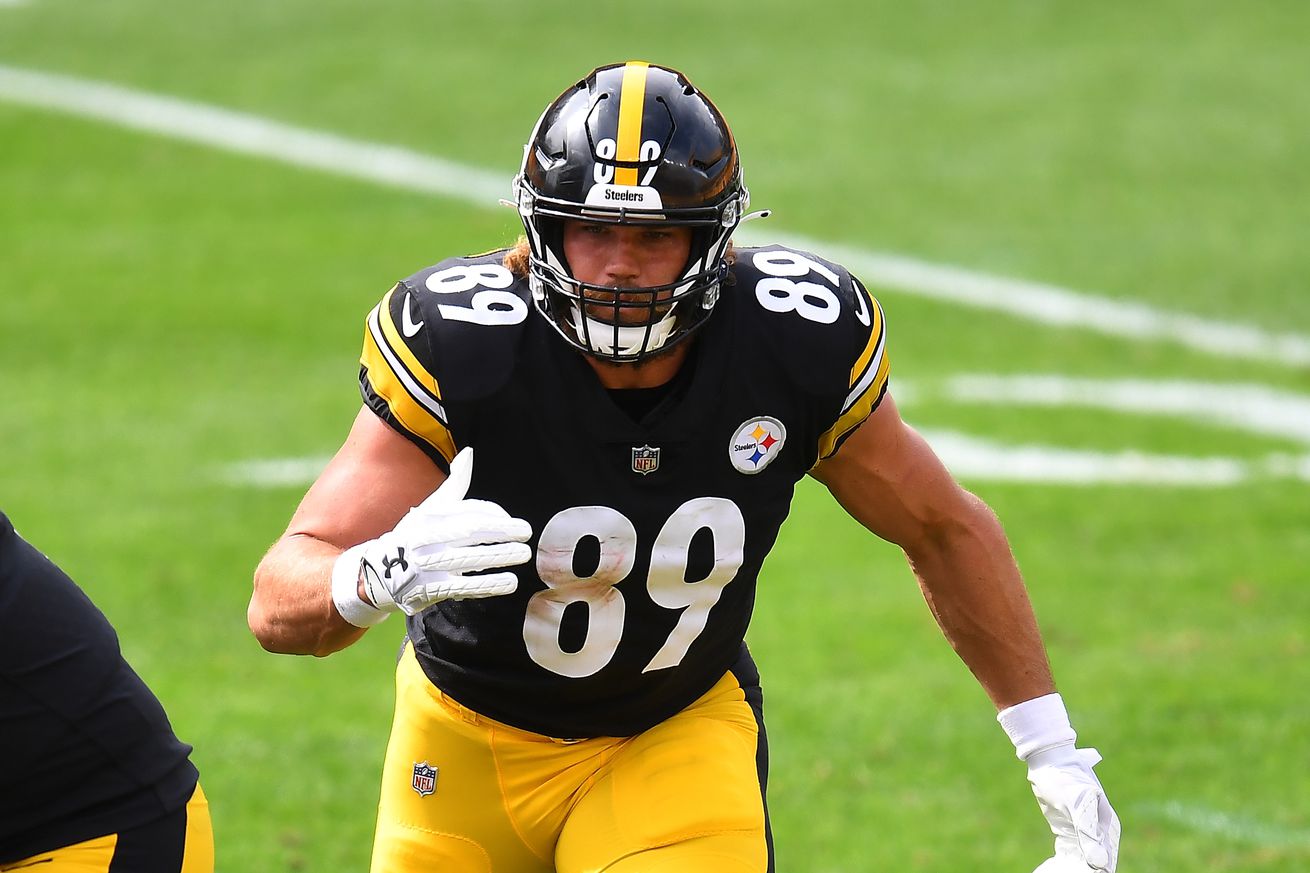 The Steelers head coach was asked lots of questions about their upcoming opponent, but he was also asked about some of the Steelers players as well.

The Steelers 2020 regular season was rolling along at 3-0 before the Covid issue with the Tennessee Titans arose putting the Steelers on bye in Week 4. Getting back into the swing of a regular work week means hearing from Steelers’ head coach Mike Tomlin on Tuesday. While not always asked about specific players, this week had several questions about players sprinkled in between others dealing with the Philadelphia Eagles, coming off the bye week, and the potential of fans in the stands on Sunday. Since Coach Tomlin gave us the material, we’ll take a look at the players mentioned in Tomlin’s press conference. Remember these players are ones brought up during the question and answer period.

One player who saw a slight increase in production before the Steelers were thrown into a bye week was tight end Vance McDonald. Only having one catch for 3 yards in each of the Steelers first two contests, McDonald had three receptions for 35 yards in Week 3. Coach Tomlin was asked about McDonald’s role in the Steelers offense in 2020.

“Vance is a very versatile player for us. We believe that he is a type of guy that can be impactful in the running game and in the passing game. He’s already displayed that to this point this year, and we expect it to continue. He’s a guy that’s a willing point of attack blocker. He’s also a capable puller in the run game. He’s really just a team-first guy. I think his attitude permeates not only through the tight end position but through our offensive unit.”

After 5 years of keeping things the same, the Steelers opted to make a change at punter following training camp and heading into the 2020 season by signing veteran Dustin Colquitt. Coach Tomlin was asked about the Steelers punting game so far this season.

“Not where we want to be. Not only with Dustin, but with the group. The collective work has to improve. We are simply concerned about raw numbers, net punting, and where we are right now is not where we would like to be.”

Ben Roethlisberger’s triumphant return to the Steelers in 2020 has made many fans forget the six quarters where he struggled to get going before losing the 2019 season due to injury. Coming back from such a long time off, it was expected the 38-year-old quarterback would have some rust he would need to shake off. Coach Tomlin was asked Roethlisberger’s rust early in the season and if the bye week helped or hindered the situation.

“My perspective on Ben hasn’t changed since last Tuesday. That perspective is going to change as we get an opportunity to step into stadiums, particularly where he is in his career. You don’t make judgements off of a practice performance. We will be excited about continually stepping into a stadium with him and watching him continually find rhythm that allows him to play at the level we know he is capable of.”

#LIVE: Coach Tomlin addresses the media ahead of our game against the Philadelphia Eagles. https://t.co/6tbHCs3NDo