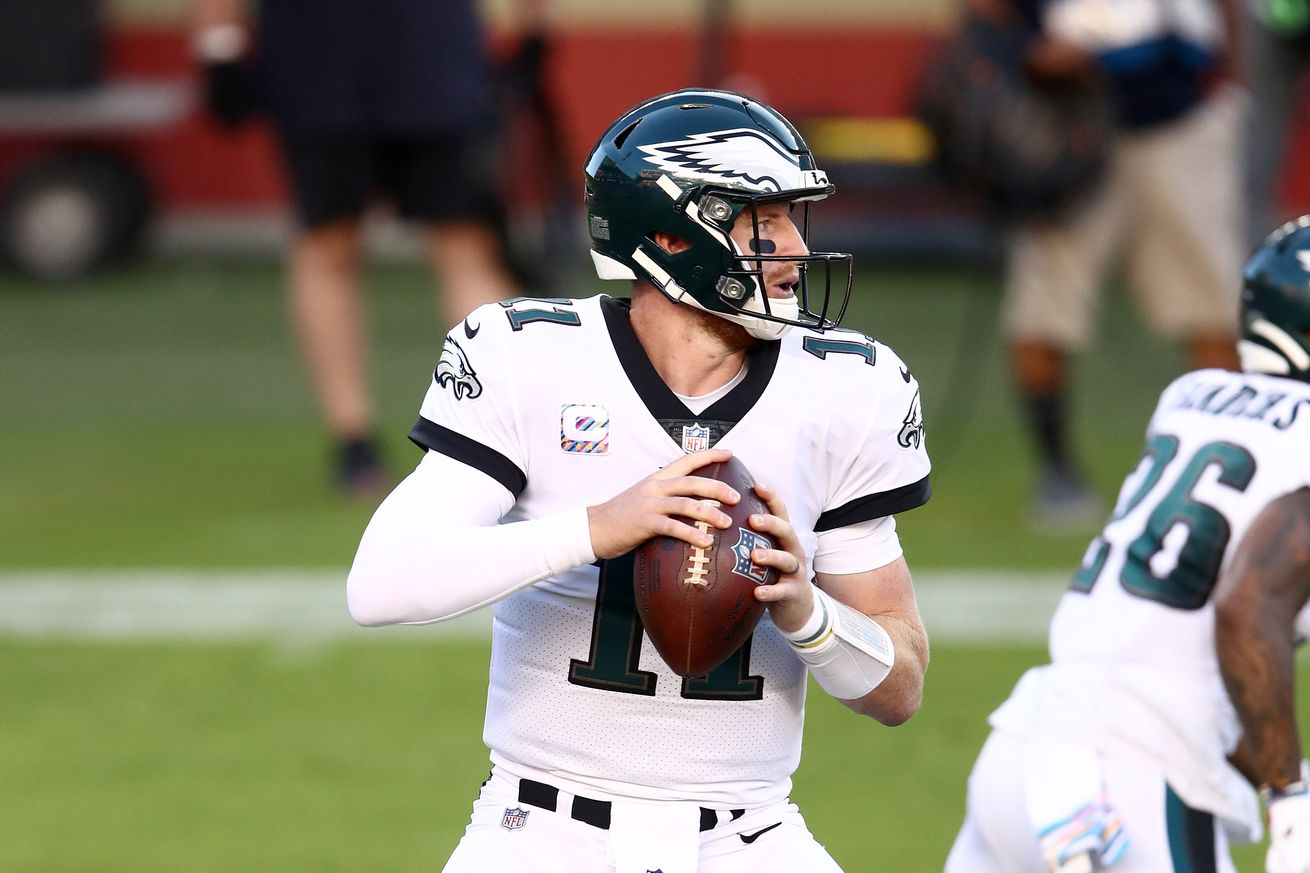 I spent some time chatting with Brandon Lee Gowton of Bleeding Green Nation, and he told me exactly why the Eagles will lose this Sunday.

The Pittsburgh Steelers and Philadelphia Eagles renew the keystone state rivalry this Sunday at Heinz Field with a 1 p.m. ET kickoff, and there is a lot of uncertainty surrounding this game.

The Steelers are coming off an unexpected Week 4 bye week after the Titans’ COVID-19 outbreak, and the Eagles are coming off their first win of the season after beat the 49ers on Sunday Night Football.

Regardless of records, the Eagles always play the Steelers tough, but when I got to talking with Bleeding Green Nation’s editor Brandon Lee Gowton, he gave me three reasons why the Eagles will lose to the Steelers in Week 5.

Check out his reasoning for the Steelers moving their record to 4-0 after Sunday’s game, and check out the reason I gave him for why the Steelers could be dealt their first loss of the season right HERE.

1 – The Eagles’ offense is going to struggle to score

The Eagles have one of the worst offenses in the NFL. They rank tied for dead last in yards per play. They only rank above both New Jersey teams in offensive points per game. They’re 31st in offensive DVOA.

I’m not so sure how things are going to be much better for the Birds against one of the NFL’s best defenses. The Steelers rank tied for second in opponent yards per play. They’re allowing the fifth fewest offensive points per game. Pittsburgh ranks third in defensive DVOA.

Talk about a mismatch.

The biggest concern with the Eagles is their starting quarterback: Carson Wentz. He’s arguably been the NFL’s worst player at his position through four games. Take a look at how he ranks in a number of key categories compared to the recently-benched Dwayne Haskins:

It’s true that Wentz had his least worst game against the San Francisco 49ers in Week 4. To his credit, he’s been able to make some nice plays with his legs. But that aspect of his game is only going to take him so far. He needs to be so much better than he’s been and especially when it comes to accuracy. He’s simply missing throws and either leaving yards on the field or turning the ball over.

It’s difficult to envision Wentz suddenly being much sharper against a Steelers defense that’s generating the most pressure in the NFL. The Eagles’ offensive line is starting backups at left tackle, left guard, and right guard. And their starting right tackle is playing through a nagging ankle injury that caused him to miss a good chunk of snaps in Week 4.

The Eagles are also dealing with a number of injuries at wide receiver. So it’s not like Wentz is going to be getting a ton of help from his supporting cast.

The Eagles simply don’t make scoring look easy. That shouldn’t be any different this week.

Philly’s pass rush has been a big positive this season; the Eagles have logged 13 sacks and 33 quarterback hits in their last two games combined. They’re going to be looking to pummel Ben Roethlisberger and force him into some turnovers.

But the Eagles’ defensive line might not be able to dominate against a Steelers offensive line that’s played well. Pittsburgh ranks fifth best in pass protection as graded by Pro Football Focus and seventh in adjusted sack rate from Football Outsiders. Big Ben owns the league’s third fastest time to attempt at 2.28 seconds. Getting the ball out quick could neutralize one of the best things the Eagles have going for them.

The Steelers have enough quality receiving options with which to spread the ball around. It’s not like they have one dominant player that Darius Slay will be able to shadow all game long. I’m not expecting Pittsburgh to have a field day with the Eagles’ defense but they should at least be able to do enough to outscore Philly’s pace.

3 – There are some X-factors to consider

I’m cheating here by listing multiple different reasons within one reasons but I think they’re relevant.

• The Steelers are well-rested after coming off their unexpected Week 4 bye. The Eagles just had to fly across the country after beating the 49ers and will have to hit the road again to get to Pittsburgh.

• The Steelers are going to have fans in the stand. Sure, it’s only going to be around 5,500, but I’m sure that can only help them get more pumped up for this game.

• Not sure last week was truly a turning point for the Eagles. They still got outgained by San Fran. They narrowly beat a heavily injured team that was starting a former undrafted rookie free agent at quarterback. They needed to rely on unheralded players (Travis Fulgham, Alex Singleton, Genard Avery) coming up really big for them. Not exactly the most sustainable recipe for success moving forward.

What do you think will be the outcome of the game this Sunday? Are the Steelers being set up for a let down? Or is the home team going to continue their winning ways? Either way, stay tuned to BTSC for the latest news and notes surrounding the black and gold as they prepare for the Eagles this Sunday at Heinz Field.