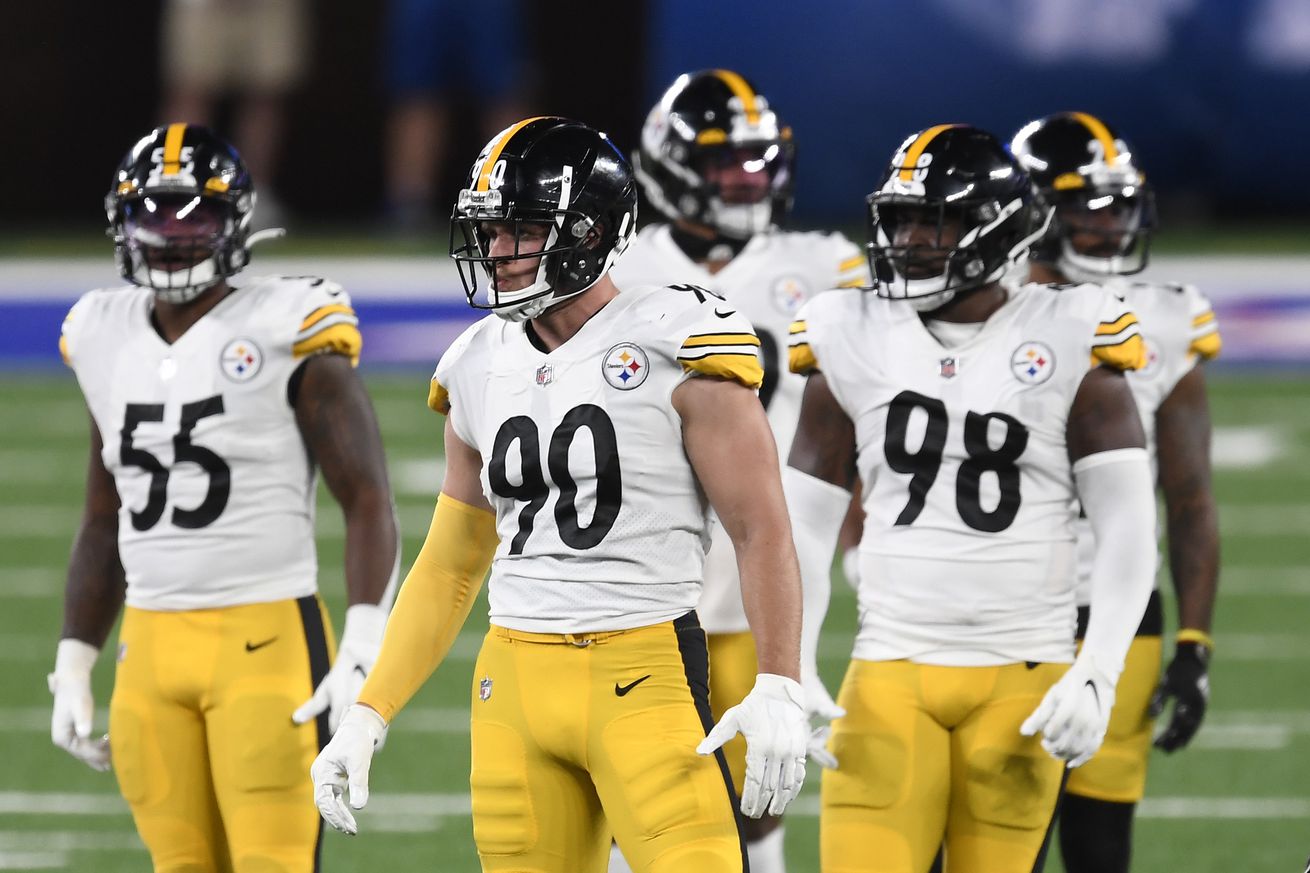 After only two weeks of the 2020 season, three Steelers players are standing out above the rest at their position

I’ve said it many times before, but I will say it once again: When it comes to grading NFL players, Pro Football Focus sometimes gets it right while other times they are completely off-base. Some people love the rankings while others put no faith in how they score a players performance. There are arguments for both sides.

Instead of going into the legitimacy of PFF’s grades, I am simply going to present the data which they supply. And when it comes to the 2020 season to date, the Pittsburgh Steelers have three individual players who have the highest grade at their position group among qualifying players. PFF has a system where players must play a certain number of snaps in order to qualify in the rankings, but players are still given individual scores.

So who were the three Steelers who are at the top of the position group? I’ll tell you this much before we dive in: One is obvious, the other is interesting but not a surprise if you’ve been paying attention, and the other one kind of came out of nowhere.

For Steelers fans, this is no surprise. Not only should T.J. Watt have won Defensive Player of the Year in 2019, he is still showing in 2020 how much of a game-changer he is on the edge. With 2.5 sacks and an interception already on the season, Watt will continue to terrorize opposing offenses and is a great candidate to hold his number one position throughout the season.

Watts overall score is more than 3.5 points higher than the next closest edge defender in Khalil Mack of the Chicago Bears. Watt and Mack are the only two players with the score in the 90s as edge defenders. Surprisingly, Watt’s fellow edge rusher Bud Dupree is ranked 74th of 105 qualifying players.

Although it is somewhat of a surprise to see Alualu on top of the list, those who have been paying attention would know he has been setting the tone for this defense as the man in the middle. Alualu‘s grade is 4.4 points higher than the next closest defender in Larry Ogunjobi of the Cleveland Browns. Just behind Ogunjobi is Alualu’s teammate Cameron Heyward coming in at the third position. Another notable player, All-Pro defensive tackle Aaron Donald, is currently ranked sixth.

Whether or not Alualu can hold onto this ranking remains to be seen. Frankly, I don’t think he really cares. Alualu has been a great free-agent acquisition for the Steelers as a player who just shows up and does whatever is asked to make the team better. A more in depth commentary on Alualu from BTSC’s Shannon White can be seen HERE.

I have to admit, this ranking caught me way off guard. I knew Chase Claypool was having a very good season to start off his rookie campaign, but the fact that he has not reached 100 yards receiving a game or had multiple touchdown receptions made me not even consider him to be the top guy at his position. But after thinking about it, Claypool has caught every ball thrown his way and also had a successful fourth down run in the Steelers first game.

The notion of Claypool continuing to catch every target for the season is a bit of a pipe dream. Additionally, keeping pace with the likes of the Falcons Calvin Ridley, who already has four touchdowns on the season and is ranked second 1.4 points behind Claypool, is a large ask of the young receiver. Frankly, trying to hold this ranking should not be anywhere in the minds of Steelers fans. Instead, the young wide receiver just needs to continue to make his presence known as he continues to gain NFL experience.

So these are the three Pittsburgh Steelers players currently ranked first at their position in the NFL for the 2020 season. What are your thoughts about these rankings? Are these players deserving of the recognition they’re getting early on? Or does Pro Football Focus not really show much credibility in both who may have ranked high and who they don’t? Please let us know your thoughts in the comments below.