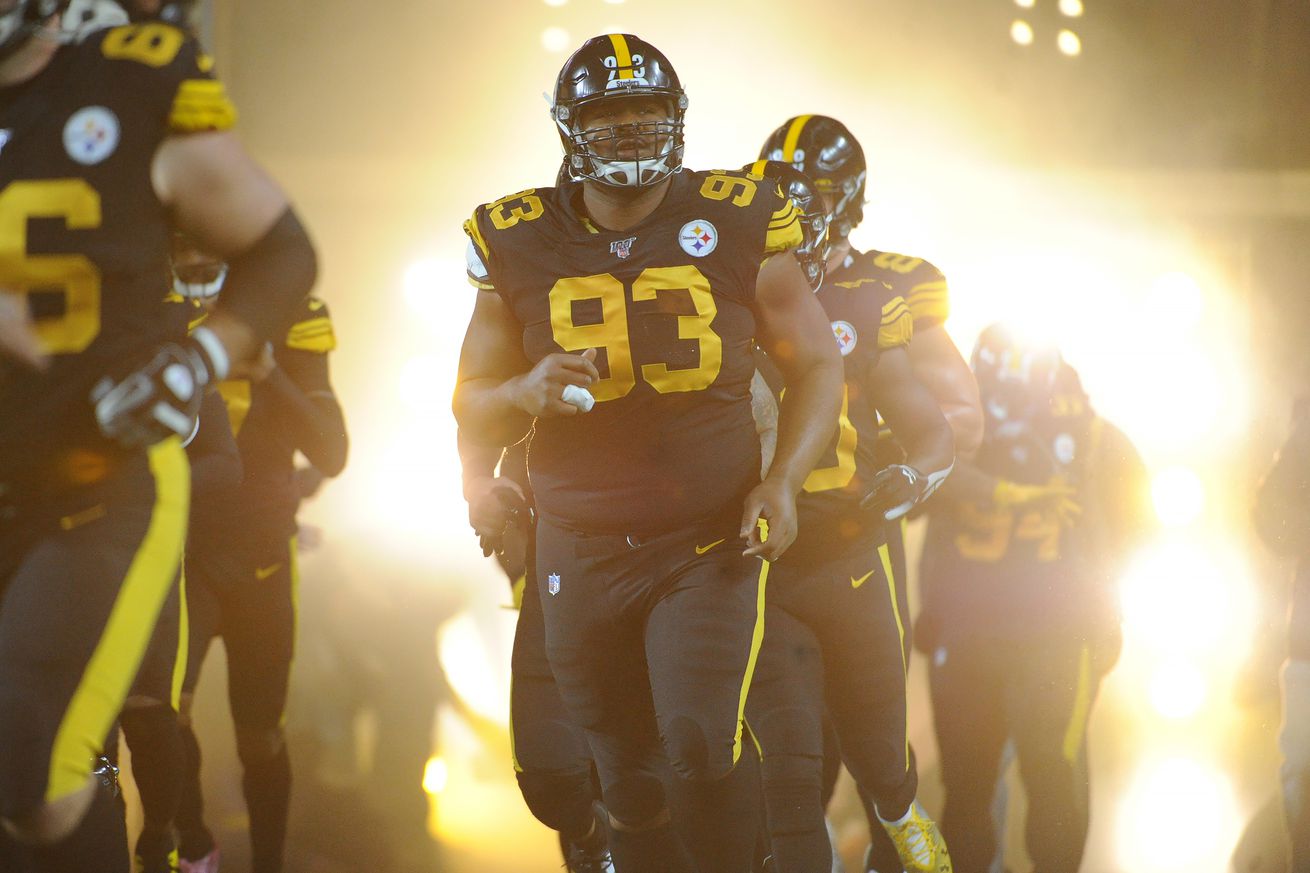 The Steelers are permitted to promote two practice squad players to the game-day roster each week. But will they?

There is a lot in the NFL which looks different in 2020. From having reduced or no fans in the stadiums, no preseason games, players wearing masks on the sidelines, or Andy Reid‘s face shield getting fogged up in the rain, there are many things which are not the same from past seasons. But a new Collective Bargaining Agreement signed in March also gave some new rules for the 2020 season.

Two particular rules for the season which deal with roster size are quite intriguing. First, teams will be allowed to have 48 players active for a game rather than 46. The only requirement is one of the additional players must be an offensive lineman in order for the team to have 8 active. Teams who do not utilize this feature are simply foolish. Having an extra body available during the game is not something teams should shy away from for any reason.

The other rule as a pertains to NFL rosters which is new due to the CBA is teams being able to elevate two players from the practice squad each week to, in essence, have a 55-man roster. Teams are not required to do this, but are able to if they feel the need. These players must be elevated by 4 PM the day before game (with the exception of Thursdays) and will not require teams to make a corresponding move to reduce their number of players on the roster. These players act as practice squad players but will be paid 1/17 of the minimum salary based on their accrued seasons. At 4 PM the next business day, the player automatically reverts back to the practice squad.

But there is a catch. A given player can only be elevated twice before their practice squad contract would be voided and they would be free to sign with any team if not having to go through waivers or they could be claimed.

So should the Steelers take advantage of this rule? Is it something they will look to do each week we’re only do it as needed? Let’s look at three possibilities of how this rule could be implemented for the Steelers in Week 1. Remember, this rule has nothing to do with if a player ends up on the Reserve/COVID-19 List as any move in that regard would not apply.

If a player is dealing with an injury, elevating another person at the position would be a wise move if the team might be thin at a given position. It was believed that Steelers may have considered elevating Deon Cain or Amara Darboh for this game if Diontae Johnson‘s foot injury would have lingered through the week of practice and had him questionable for the game. Only having four players as an option for the Steelers at wide receiver would have been a problem.

The Jacksonville Jaguars elevated two players on Saturday for their Sunday game against the Indianapolis Colts. They chose to elevate a running back and a wide receiver as they were dealing with injuries at both positions.

Simply because this rule exists does not mean a team should use it. The last thing you want to do is use up a player’s elevation and not be able to keep them around for the season. If your team is healthy and has enough players available, they should simply just roll with 53. After all, what sense does it make to elevate a player and pay them only to have them inactive for the game?

3- Bringing up a Veteran

Perhaps a team kept a young player on their roster only to realize they are not quite ready for the big stage of the NFL. One option would be to elevate a more veteran player to use in their place.

There is one other way this could be used. This might be a bit of a stretch, but hear me out. The wording in the new CBA is based on typical practice squad rules. But as we all know, 2020 is an atypical year. Since teams can carry up to six veteran players who would not have been eligible for the practice squad otherwise, perhaps they could use one of those players every week. This would, in essence, keep a player on the active roster without using a roster spot.

Once a veteran player is elevated twice from the practice squad, they are not subject to waivers based on their years of experience. Instead, they are simply free to sign where they please. There would be nothing keeping them from instantly signing back on the practice squad only to be elevated again the next week.

It’s a crazy scenario, but think about this one for a minute: The Steelers didn’t want to expose their seventh-round draft pick Carlos Davis to waivers either on roster cut down day or throughout the season. The team decides to keep Davis on the active roster knowing they will have him inactive for game day. They could use the excuse of inexperience or something like that, but really what they’re really done was worked out a deal with Daniel McCullers to where he will be elevated every week. After he is elevated twice, McCullers is free to sign right back on the Steelers practice squad and not even entertain other options. Of course, this means the team would be paying McCullers $61,764 each week rather than the usual $12k a practice squad player makes.

Do I think this is what the Steelers did? No, I do not. Is this a way teams could try to get around the rules this season? Honestly, by reading the wording of the CBA, I believe they could. It just doesn’t seem like a very Steelers-like move.

So those would be the three reasons behind elevating a player from the practice squad. With only David DeCastro out for the Steelers due to injury in Week 1 and the Steelers still having eight lineman available, I don’t see them using this rule and therefore will do option #2. Although they could bring up another lineman, if they are inactive for game day it wouldn’t make sense.

There very well may come a time where the Steelers will need to use this rule this season. If a player has a questionable status for the game, look for them to use a practice squad player who would then be active if the player is not able to go and was a game-time decision. Otherwise, look for the Steelers to ride with their 53, and ultimately 48 when it comes time for kickoff.