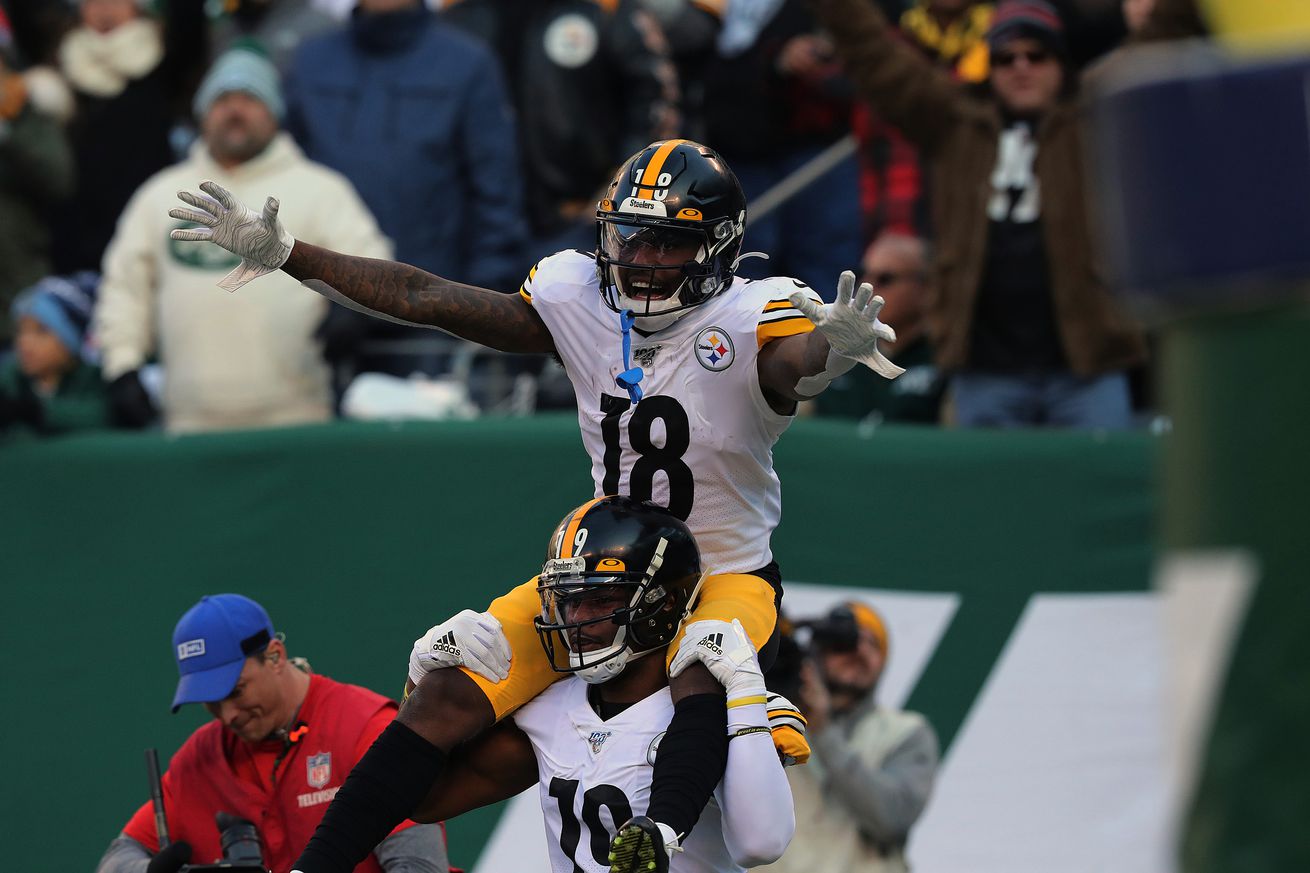 The Steelers 2020 training camp is winding down. But as long as Mike Tomlin keeps speaking following each practice, we’ll keep looking at the players mentioned in his press conferences. Thursday returned more to form as Tomlin was asked plenty of questions about players unlike the previous day. Remember these players are ones brought up during the question and answer period.

One player on the Steelers who is known for his high energy is JuJu Smith-Schuster. Coach Tomlin was asked if he has been able to judge if JuJu is having fun once again during training camp this year.

“Yeah, but he always has so I don’t view that as any different. He’s a high-energy guy. He brings energy to his work. He’s jovial at times, but that’s been him since day one when we drafted a number years ago.”

Coach Tomlin was asked a follow up question about the challenges Smith-Schuster went through in 2019 and how he has been able to help him overcome them.

“Nothing out of the ordinary, just a normal maturation of a player who’s extremely talented and had a lot of early success and, at times, faced some of the natural adversity that game of football presents, be it injury, or injury to those around you, or the attention that comes with being a quality player. JuJu is very experienced, but he still is a relatively young guy. He was 20 when we drafted him. So it’s my job to assist him in natural growth and maturation, and that’s an element of the job that I embrace.”

It seems that the majority of times a player speaks to the media earlier in the day Mike Tomlin is asked at least one question about the player. On Thursday, that player was Chris Wormley. Coach Tomlin was asked if he has seen enough from Wormley so far to feel comfortable with him in the rotation on the defensive line.

“We’re still gathering information there. He doesn’t have a big body of work from a training-camp standpoint. But his efforts are aided by the fact that he is a known NFL player that played over 450 defensive NFL snaps last year. So he has that on his resume. It’s more about us getting acclimated to him and how to utilize him and that has been strained because of lack of availability.”

One of the players who has not been mentioned much in training camp other than being the last Steelers’ player to come off of the Reserve/COVID-19 List is Jaylen Samuels. Coach Tomlin was asked if Samuels has impressed him during camp so far.

“He’s continuing to be impressive with his versatility. I think that’s the thing that has always kind of distinguished him in a competitive setting among his peers—his ability to do a variety of things at a relatively high level, particularly in the passing game and outside the backfield with his hands and route running. It is above the line from a running back perspective for sure.”

One thing which seems to come up every year in training camp is who will handle the various kick returning duties. Coach Tomlin was asked about using Diontae Johnson in that role this season if he has an increased role in the offense.

“I’m extremely comfortable with utilization of Diontae along with his offensive workload. He has real talents in that area and a desire to do so. I thought he just got better and better over the course of last year. And I think he ended up making an all AP team or something. It’s reasonable to expect him to be even better in that area. We like our candidates in the kick return game. We’ll continue to work those guys and we’ll identify a guy I’m sure before kickoff next week.”