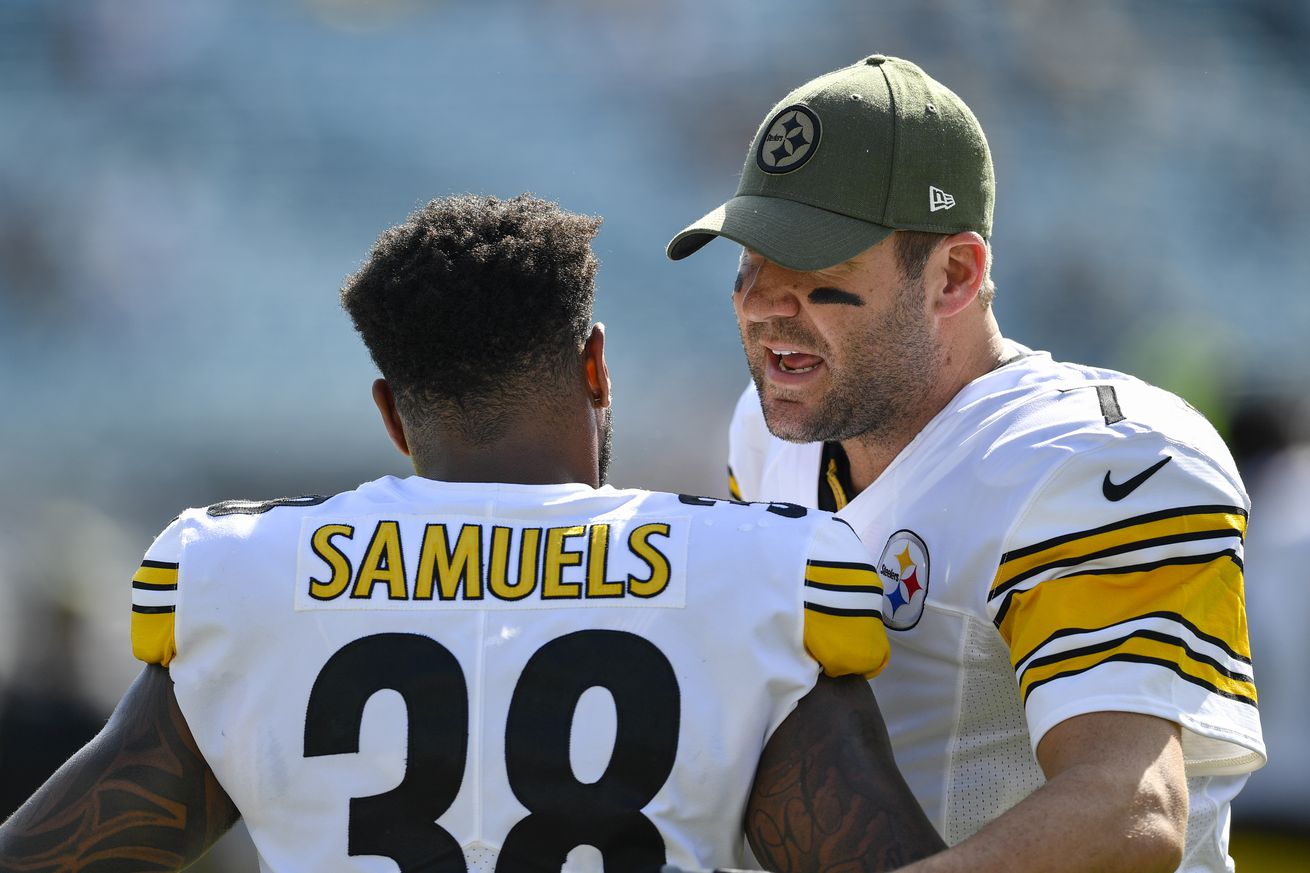 Vince Williams, Jaylen Samuels, and Jerald Hawkins rejoin the Steelers along with Roethlisberger on the eve of their Week 10 matchup

The news was expected, but still extremely important. Four members of the Pittsburgh Steelers who were placed on the NFL’s Reserve/COVID-19 List earlier in the week have been activated to the 53-man roster ahead of Sunday’s game with the Cincinnati Bengals. Ben Roethlisberger, Vince Williams, Jaylen Samuels, and Jerald Hawkins have all cleared the NFL’s COVID-19 protocols after being deemed close contacts with Vance McDonald who tested positive and will miss Sunday’s game.

As soon as all four players were placed on the list, the Steelers were expecting them to be available for Week 10. Quarterback Ben Roethlisberger is expected to start for the Steelers by coming off the list, and Vince Williams is another veteran player who will play on Sunday.

“Guys like Ben (Roethlisberger) and Vince (Williams) may have an opportunity to suit up and play for us this weekend,” Mike Tomlin explained in his press conference on Tuesday. “They will simply work remotely and sharpen their swords in that way. Really, it will probably give their bodies an opportunity to get some much-needed rest, and we’re optimistic those guys will be their normal selves if given an opportunity to play this weekend.”

But the exact availability of the other players is not so cut and dry. With running back Jaylen Samuels, he does have several seasons with Steelers but has not been utilized very much in 2020. As for Jerald Hawkins, he returned to the Steelers in-season and has been used primarily as an extra tight end.

“Some of the others,” Tomlin continued, “we will make judgments based on how the week transpires. Their lack of a résumé or experience could be a factor in determining whether or not we use those guys. That’s just the reality of it. We have a lot of decisions to make in this environment as a lot of people do. How we manage it, the players that we choose to utilize, how we highlight their positive traits, how we work to minimize some of the negative traits or lack of experience is a big component of us pushing through this.”

As his life in the NFL, how the week progresses changes everything. In fact, Mike Tomlin spoke again to the media on Friday to answer questions about the given situation. When it comes to Ben Roethlisberger, the Steelers are forging ahead with their future Hall of Fame quarterback and hope to get him more up to speed with an extended walk through Saturday.

“We are going to have an extended walkthrough tomorrow just to give him an in-helmet perspective on some of the situational things, to put the finishing touches on our work, to allow him to work with the eligibles that he will work with in game, to have any necessary informal conversations that allow us to have a level of comfort as we push into play.” Tomlin answered in regards to adjusting their schedule due to Roethlisberger’s return.

As for Vince Williams, Tomlin did note he will play in the game but was unclear on how much the Steelers will depend on their veteran linebacker.

“I anticipate Vince being available. I’m extremely comfortable in his body of work and level of preparedness that he can work much the same as Ben.”

When it comes to Samuels and Hawkins, whether or not they will be active on Sunday is much more complex situation then what the Steelers were dealing with when Tomlin spoke on the issue Tuesday. With Anthony McFarland Jr. and Kevin Dotson both questionable for the game due to illness, the return of Samuels and Hawkins to those exact position groups is an example of what Coach Tomlin meant when he mentioned seeing how the week progressed. With the two rookies missing practice time, it may be in the Steelers best interest to have both Samuels and Hawkins available given their added years of experience.

As much as having the other three players available in coming off the Reserve/COVID-19 List is helpful, the most significant is the Steelers will have their future Hall of Fame quarterback in the huddle on Sunday as they take on 2020 first overall draft pick Joe Burrow and the Cincinnati Bengals.