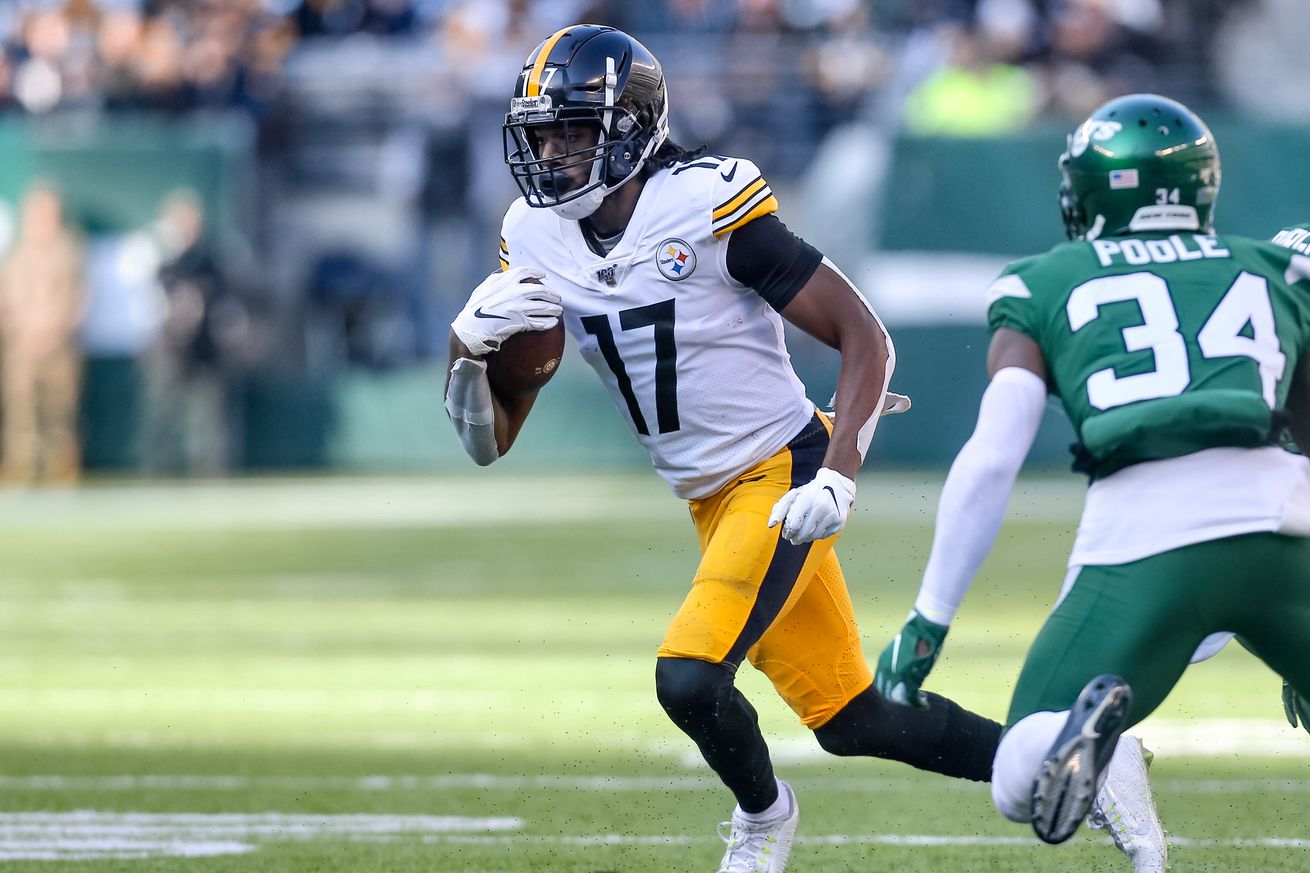 The 2020 NFL season is now five weeks down even though the Steelers have only had four games. One of the things that is different in the NFL than in years past is the expanded 16-man practice squad roster which can include up to six veteran players. Another feature of the practice squad is two players can be elevated each week to the game-day roster without having to replace someone else who is already on the 53. Because of this, teams are able to protect four players every week who cannot be signed by other teams until after their upcoming matchup.

This week, the Steelers chose the same four players as last week who are protected for their Week 6 matchup against the Cleveland Browns. The player who is not on the list again is running back Trey Edmunds. who was elevated from the practice squad for Week 5. Edmunds reverted back to the Steelers’ 16-man practice squad on Monday. In Sunday’s game, Edmunds played 6 offensive snaps for the Steelers and 12 plays on special teams.

Defensive lineman Henry Mondeaux and running back Wendell Smallwood are now on their sixth week of being protected by the Steelers. Even though the Steelers did not play in Week 4, they had already declared their four players in anticipation of the matchup. Wide receiver Deon Cain is on the list yet again this week which makes his third straight appearance. With the Steelers only carrying five wide receivers on the roster, it makes since to know one will be available should any concerns arise during the week especially with Diontae Johnson leaving Sundays game in the first quarter.

On the protected practice squad list again is outside linebacker Jayrone Elliott. The Steelers have dressed every player on the roster at the outside linebacker position, so making sure they have another player available is a wise move as long as the spot isn’t needed somewhere else.

The protected player list can sometimes be used to get a feel about who the Steelers think may not be available for the upcoming game. With two offensive lineman leaving Sunday’s game in David DeCastro and Maurkice Pouncey, the Steelers may feel at least one of them will be available against the Browns since they did not protect an offensive lineman. Then again, the Steelers did not protect Edmunds in Week 5 and yet elevated him from the practice squad so the protected players list may not be players they feel they could elevate and could be more about the players they want to make sure are available for their preparation throughout the week.

Stay tuned to BTSC for the latest news and notes surrounding the Steelers as they prepare for their Week 6 game against Cleveland.