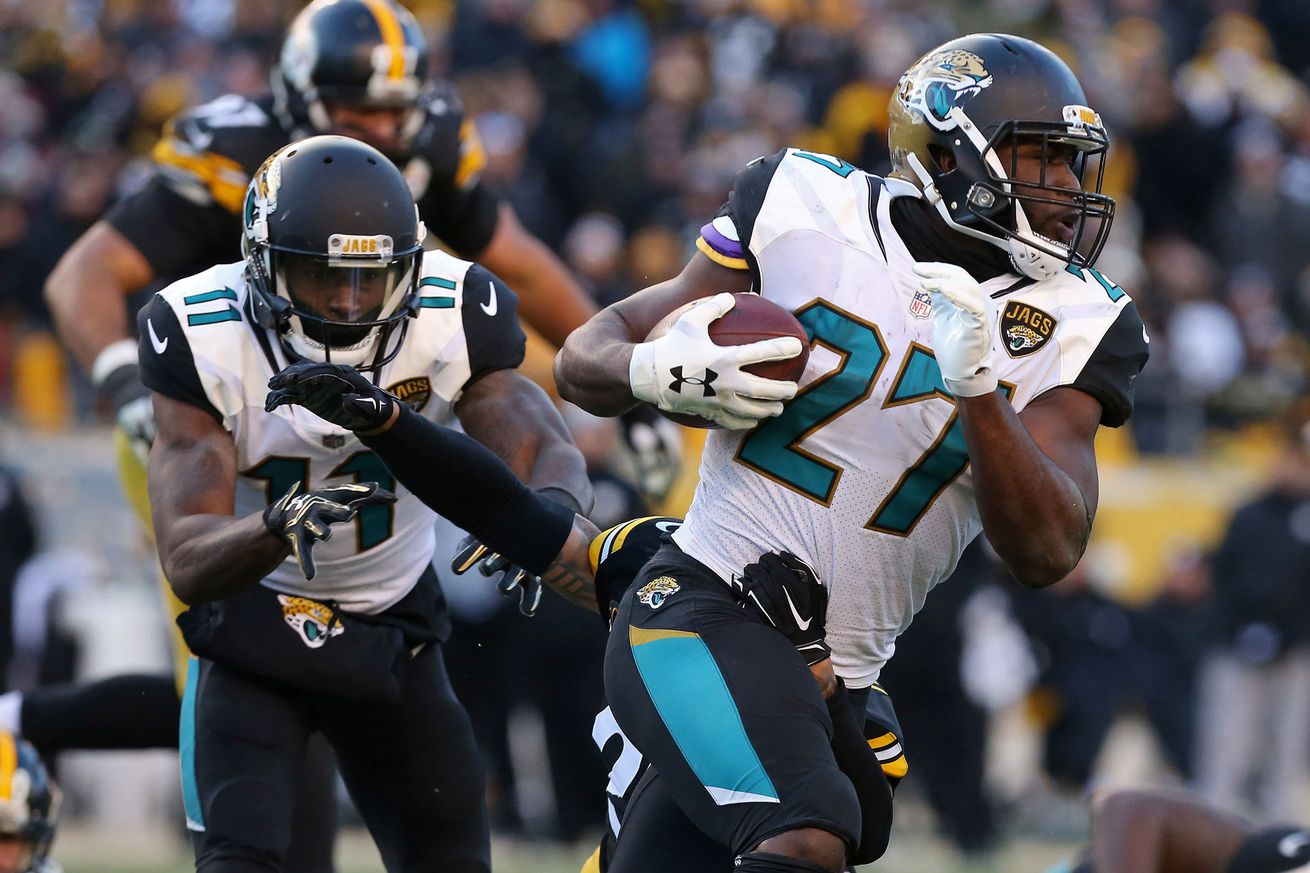 The former LSU product is now a free agent, but the Steelers shouldn’t be picking up the phone.

The news of Leonard Fournette being released by the Jacksonville Jaguars hit the airwaves this morning, and about 31 NFL fan bases started to wonder if their team might benefit from bringing in the now free agent running back.

Believe it or not, Pittsburgh Steelers fans started to wonder if Fournette could be a smart addition for James Conner and company in 2020.

I’m here to tell you why the Steelers shouldn’t pick up the phone and even inquire about bringing in Fournette.

Fournette is the definition of a bell cow running back. Big, bruising and imposes his will on defenders, just ask Mike Mitchell. However, this style of running doesn’t necessarily lead to longevity, and Fournette has dealt with injuries every year of his career. Swapping one injury prone running back for another isn’t something the Steelers should be interested in. Although the were both drafted in 2017, James Conner actually has one more regular season game played than Fournette. If Steelers’ fans think Conner misses too much time, Fournette is no better.

On top of Fournette’s injury history, I don’t feel the need for the Steelers to add another back to their current running back corps. James Conner is the clear-cut starter, and a combination of Benny Snell Jr., Anthony McFarland, Kerrith Whyte Jr. and Jaylen Samuels is more than enough to round out the backfield. Fournette might have the pedigree, but the Steelers don’t necessarily need to add someone like him with the current backs on the roster.

As a free agent, Fournette can dictate what he will accept for his next salary. The Jaguars were not able to get any team to trade for Fournette and the Steelers certainly don’t have a lot of cap space to sign anyone, let alone a former first-round running back. As nice as it would be to think of Conner and Fournette as a dual threat backfield, it just doesn’t make economic sense.

Anyone else remember the 2017 and 2018 seasons? The years when Le’Veon Bell left the Steelers high and dry, and Antonio Brown talked his way out of town? Remember how every day felt like an episode of the soap opera Days of our Lives? Anyone want to go back to that? I sure don’t, and Fournette doesn’t necessarily have the best reputation as being a team-first player. The Steelers’ locker room is as tight-knit as any in the Mike Tomlin era, I wouldn’t mess with that right before the 2020 regular season.

Throughout all of these hypothetical questions, the uncertainty of the 2021 salary cap has to be the ultimate deciding factor of the Steelers staying far away form Fournette. Unless the back is willing to play in 2020 on a one-year deal, the Steelers won’t know what the future salary cap will be in 2021. This is preventing them from signing All-Pro Cam Heyward, among others, let alone a running back with all the aforementioned baggage. As stated before, even if Fournette was willing to do a one-year deal, the Steelers don’t have the capital to sign him.

What do you think? Are you of the kind who thinks the Steelers should take a shot at Fournette? Or are you someone who believes the Steelers are set at the running back position? Let us know your thoughts in the comment section below, and be sure to stay tuned to BTSC for the latest news and notes surrounding the black-and-gold as they prepare for the 2020 regular season.