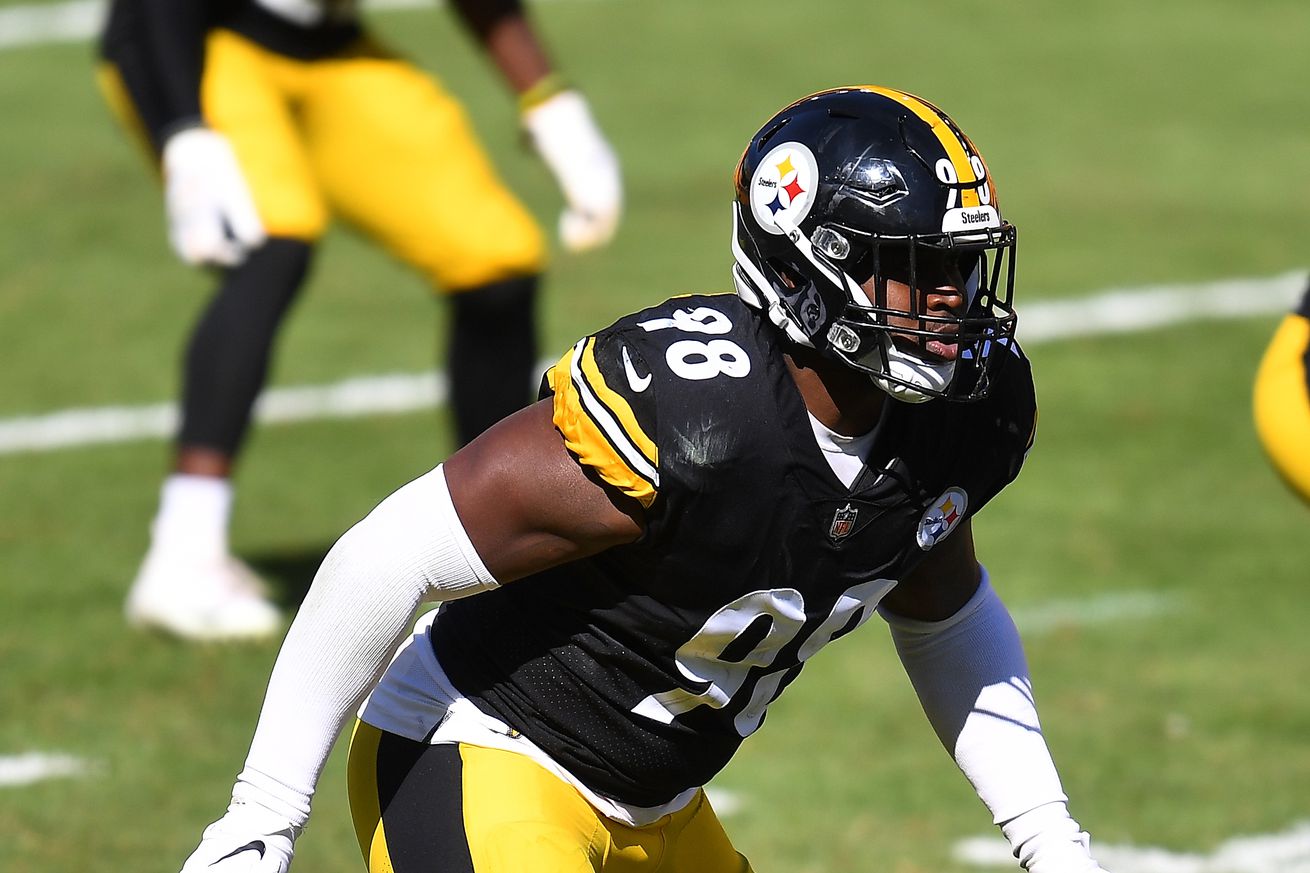 The Steelers head coach was asked lots of questions about the issues in holding Sunday’s game, but he was also asked about some of the Steelers players as well.

The Steelers 2020 regular season was rolling along at 3-0 before the Covid issue with the Tennessee Titans arose putting the Steelers Week 4 matchup in jeopardy. In fact, head coach Mike Tomlin‘s press conference was pushed back six hours in hopes of having more answers for the situation. While there is still no definite status for Sunday’s game, Coach Tomlin pushed forward with both his press conference and weekly preparation as if the game Sunday would go off without a hitch. And since he did, we will do the same with reporting about the players Coach Tomlin was asked about in his press conference Tuesday evening.

While not always asked about specific players, this week had several questions about players sprinkled in between others dealing with the unknown schedule. Since Coach Tomlin gave us the material, we’ll take a look at the players mentioned in Tomlin’s press conference. Remember these players are ones brought up during the question and answer period.

To no Steelers fan’s surprise, outside linebacker T.J. Watt is picking up right where he left off in 2019 and possibly even more. Coach Tomlin was asked the continued growth of Watt even from last season.

One pleasant surprise to the Steelers’ defense in 2020 has been the play of inside linebacker Vince Williams. Coach Tomlin was asked if Williams had to adjust his game over the years as the linebacker position has changed.

“No question. Those 9-on-7 linebackers, if you will that’s what I commonly refer to Vince as, they need to find things to do in today’s game as people spread you out and things of that nature. What Vince has done is add to his rush repertoire. You see it play out in terms of statistics. He’s been a big-time component of our pass rush more recently. That’s what I mean when I say diversify. He’s adding to his toolbox, if you will. That’s why we’re able to utilize him, maybe even in more circumstances than we have in recent years.”

One of the players dealing with injury who was not brought up before taking questions was Diontae Johnson. Coach Tomlin was asked if Johnson is in the concussion protocol and what hios availability is for this coming week.

“He is and the protocol speaks for itself. I won’t speculate there. As he goes through the week, his availability will be determined by that process.”

After being inactive in Week 1 and not seeing the field in Week 2, running back Anthony McFarland made a significant contribution to the Steelers’ offense against the Houston Texans. Coach Tomlin was asked if McFarland’s production has merited him more playing time.

“He has merited more playing time. He has had some really good practices. It’s a difficult environment for young guys to establish themselves and get the type of feel that you are willing to play them and play them a lot without preseason games and so forth. The process might be a little more cumbersome for him. And he has continually worked hard and earned the opportunity that he got and I’m sure we are going to continue down that road with he and others.”

Before Week 2, the Steelers added Jerald Hawkins to the roster from the Houston Texans practice squad. Coach Tomlin was asked about Hawkins assimilation back with the Steelers and his use in the jumbo package.

“He has done a nice job getting back on a moving train if you will. He has held down that job in the past, so it’s not a new job for him. But none the less, we still like the contributions we are getting from him. It makes us whole and gives us an opportunity to have the type of versatility we desire.”

Another player who has made a big impact on the Steelers 2020 in slot cornerback Mike Hilton. Coach Tomlin was asked about Hilton’s role in the Steelers defense and if he was surprised he led the team in tackles.

“No, it doesn’t. It’s just kind of the nature of some of the games we have played schematically and the offensive personnel groups that those teams choose to employ. Looking at the Tennessee Titans, he might not get those types of opportunities to be quite honest with you and that is just how it goes and that is why we’re are a team and a unit. That is why we will continually write that story over the course of the season. If we are having that discussion at the end of the season or the ladder portions of the season, then that is probably a significant story. But on a three-game body of work, I’m not surprised by anything at this juncture to be honest with you.”