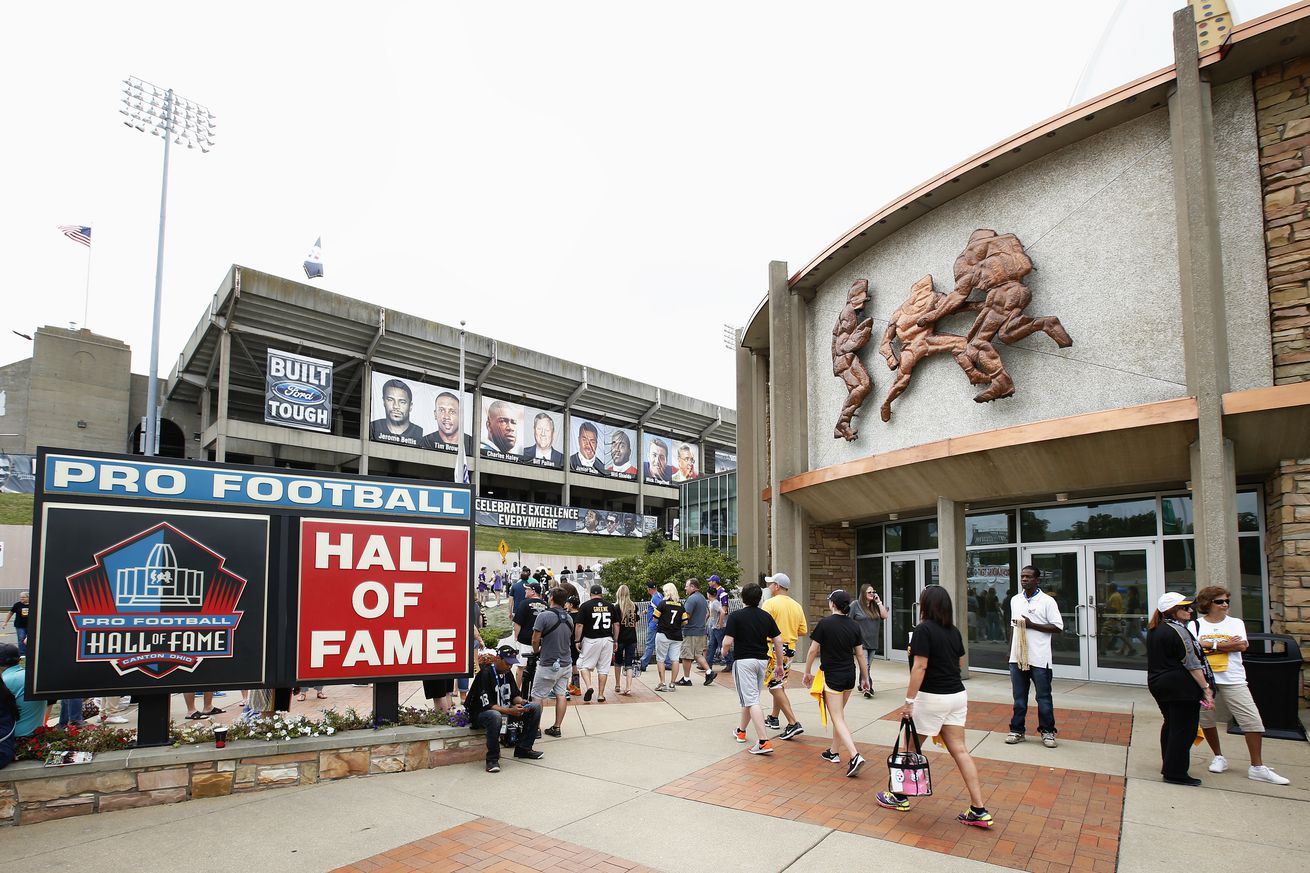 There are 130 nominated modern-era players who will go through several rounds of eliminations before joining the three senior finalists.

The Pro Football Hall of Fame has announced the 130 modern-era players who have been nominated for enshrinement for 2021. Among the players are seven with ties to the Pittsburgh Steelers who will join the already announced senior member finalist Bill Nunn according to Teresa Varley of Steelers.com.

In an announcement in August, Bill Nunn is one of three senior finalists for the Hall of Fame and the only one as a contributor. The other two senior finalists are Drew Pearson (player) and Tom Flores (coach). The three finalists will simply have a “yes” or “no” election along with the other modern-era finalists.

Alan Faneca has been a finalist in the last five years and is hoping 2021 will finally be when he gets the call. Seeing other offensive lineman going in with less accomplishments has been what Faneca has seen over the last two years. Faneca played 13 years in the NFL, 10 of which were for the Steelers. He was selected to nine Pro Bowls and was All-Pro six times.

Hines Ward has been a semi finalist the previous four years. Ward spent all 14 of his NFL seasons in Pittsburgh and was selected to the Pro Bowl four times. Playing in three Super Bowls with the Steelers, Ward was the Super Bowl MVP for the 2004 season.

Other nominations are Joey Porter, Casey Hampton, Gary Anderson, and Rohn Stark. Stark spent 16 years in the NFL is a punter but was only a member of the Steelers in 1995.

Earlier this offseason, Hall of Fame kicker Morton Andersen gave a ringing endorsement for Gary Anderson to enter the Hall of Fame in an exclusive interview with BTSC.

Modern-era finalists will be trimmed down to 25 in November and again to 15 in January before going down to 10 and then five during Super Bowl weekend in February. The five finalists and three senior finalists will undergo a ‘yes’ or ‘no’ vote and must receive 80% in order to be selected.

Three former Steelers were selected to the Pro Football Hall of Fame in 2020 but will not have their enshrinement until 2021. Troy Polamalu, Donnie Shell, and coach Bill Cowher will be a part of the 2021 festivities as well as the Steelers playing the Dallas Cowboys in the Hall of Fame Game which was postponed this year due to COVID_19.

A complete list of all players who were nominated for 2020 can be seen below courtesy of the Pro football Hall of Fame.

BREAKING: The Modern-Era nominees for the Class of 2021 have been unveiled. The list is comprised of 130 players. Among the group are 14 first-year eligible players.