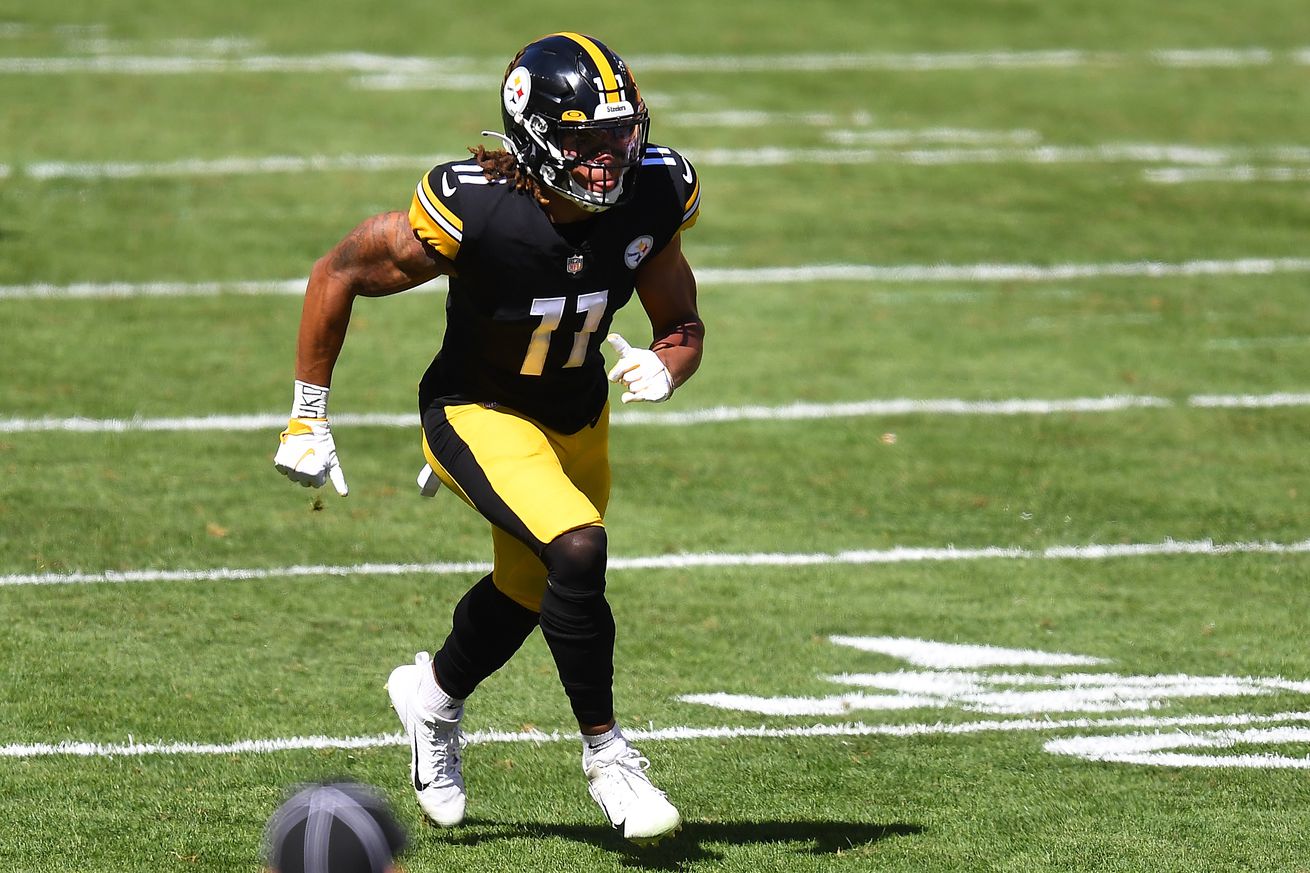 The Steelers head coach was asked lots of questions about the team’s performance thus far in 2020.

The Steelers 2020 regular season is getting more on a roll. The only time we can expect to hear from head coach Mike Tomlin is during his regular Tuesday and post game press conferences, although he may sprinkle in some practice interviews along the way. While not always asked about specific players, this week had several questions, although the lack of questions about the offensive line with the hopeful return of David DeCastro was quite frustrating. Since Coach Tomlin gave us the material, we’ll take a look at the players mentioned in Tomlin’s press conference. Remember these players are ones brought up during the question and answer period.

One of the Steelers new players who has been easing his way into the box score is new tight end Eric Ebron. Coach Tomlin was asked if it has been a learning process for Ebron to get targets.

“It’s early. Keep watching. That is all I can say to that. At this juncture in the season, you can ask a lot of those types of questions. A two-game body of work is not a big enough sample to assess. We are pleased with the development of Ebron and his role within our system and time will tell that story as we proceed.”

The Steelers top draft pick in 2020 has already made a difference in the Steelers first two games. Coach Tomlin was asked about the process in evaluating Chase Claypool for the NFL draft both as a receiver and special-teams player.

“I think it started for Kevin (Colbert) and I personally in Mobile. We have an opportunity to go to practices in Mobile, and you know how we covet those opportunities to get down on the field and get close to the draft class and watch them work and receive instruction. We were just really impressed with him as a football player no matter what was going on down there. Whether it was special teams drills and he was playing gunner or what have you or blocking drills where he was competing against DBs, he just showed the type of football character that we covet. A guy that is a competitor in all circumstances and obviously we like his wide receiver talents. I think it started there for us.”

One of the challenges the Steelers will have in Week 3 is defending Texans quarterback Deshaun Watson. Coach Tomlin was asked if third-string quarterback Josh Dobbs has similar attributes as Watson and if he can help prepare the defense.

“He does in terms of mobility and we may employ that. But we are more concerned with his throwing capabilities. This is a guy that is capable of escaping and runs when he chooses. This is a guy that is capable of hurting you from the pocket with his arm, and that better be our first priority in terms of minimizing his impact on the game and the things that he is able to do in terms of extending plays or adlibbing with his legs better be secondary for us.”

There is no denying the difference the return of franchise quarterback Ben Roethlisberger has made to the 2020 Steelers. Coach Tomlin was asked to assess Rothlisberger‘s decision making and on-field play so far this season.

“I like where he is. I think there is more meat on the bone. I’m excited about him continuing to knock the rust off and finding his All-Pro form, if you will.”

Another strength for the Pittsburgh Steelers is their depth at certain positions on the defense. Coach Tomlin was asked to assess his defensive depth and he chose to specifically point out both Hilton in Sutton.

“We need to play a lot of people, particularly as it pertains to rushing the quarterback. We have to keep fresh people available to us there and on possession downs, the game itself at this level as become such a subpackage game that quality subpackage defenders like Mike Hilton and Cam Sutton—whether or not they come out of the tunnel and are listed as starters or not—have major roles for us. The downs that they play on possession downs are significant ones and it makes them significant components of our strategic defensive structure.”

A lot has been made of brothers T.J. and Derek Watt both being on the Steelers. With their big brother J.J. coming to town this week, Coach Tomlin was asked about the family aspect of the Watts and if there was anything he would like to share about them.

“Just in terms of the lineage aspect of it, I think a lot can be benefitted from being around this game at this level and having those close to you have experience in that area. I think there are less unknowns when you come from the circumstances of some of the people that you mentioned. I think they have a better perspective of the challenge that lies ahead and I think all of that allows them to work more efficiently, to be surprised less and to be better generally prepared from the neck up, if you will, in terms of meeting the challenges. Your dad’s exposure, your brother’s exposure doesn’t make plays for you, but it does educate you and, hopefully, raise the floor. And that is some of the things that I talk about when I talk about having guys who have siblings that have been involved in this game at this level or parents. I just think it’s helpful from a knowledge and exposure standpoint.”

Coach Tomlin was asked a follow-up question specifically about Derek Watt and the sample size of his performance at fullback.

“I think it can apply to him, and particularly it can apply to our utilization of the fullback position. Those of you that have followed us over the year know that we don’t use the fullback to the same degree week in and week out. There could be several weeks where there could be a minimal role and there could be a several week stretch where it could be a significant role. We didn’t keep any secrets in that regard. I think that is the nature of everybody’s global use of the position in today’s game and that is why his usefulness and abilities in the special teams area was a significant component of us acquiring him as well. And I think that you would agree that he has been very significant in that area, registering stats in both games. A safety and splitting a double team at the 20-yardline last week to mention a few of those.”

An additional follow-up question was asked about relying on T.J. when the Steelers considered signing Derek in the offseason, and if the Watt brothers motivate each other in practice. In his response, Coach Tomlin stated T.J. Watt generally only communicates with Bud Dupree during practice.

“We didn’t lean on T.J. at all. These guys are professionals and Derek has to make the very best decisions for his family. He is married with a child, so I’m sure he didn’t come to Pittsburgh to play with his brother. Although, I’m sure that was an exciting element of it. It was a great business opportunity for him. I don’t notice a lot of interaction in a practice setting from those guys, particularly from T.J. T.J. is a lone wolf from a preparation standpoint, if you will. I don’t know if he talks to anyone other than Bud in a practice setting.”

#LIVE: Coach Tomlin addresses the media ahead of our game against the Houston Texans. https://t.co/Ytyzio7olu