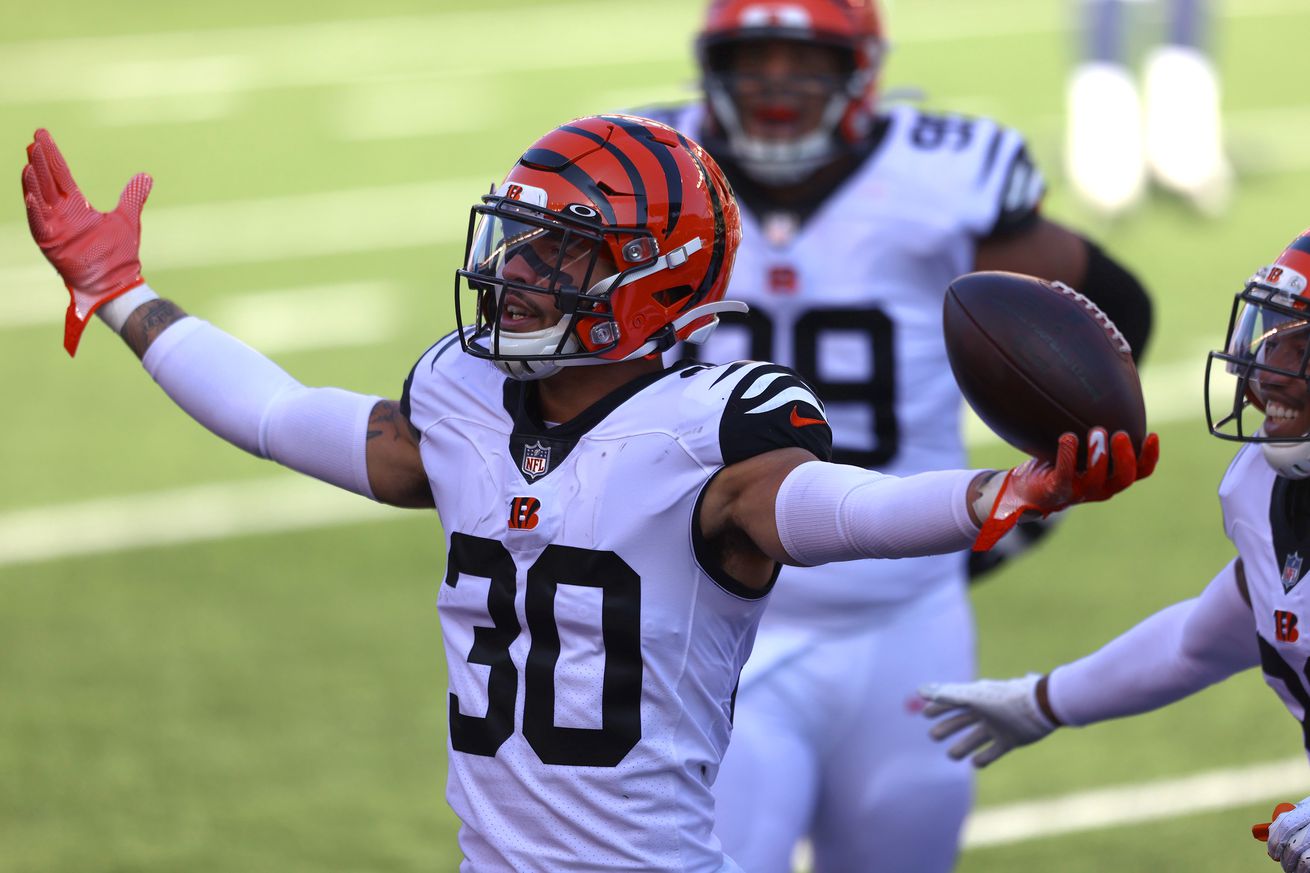 The Pittsburgh Steelers, mainly Ben Roethlisberger, will have to keep an eye on this Bengals’ safety as he could have an impact on the upcoming Week 10 game.

The Pittsburgh Steelers and Cincinnati Bengals renew their AFC North rivalry in Week 10, and the battle between these two hated franchises certainly as a lot of headlines swirling around it.

The Bengals, and Joe Burrow, are coming off their bye week and are thinking they will be a factor in the second half of the season.

The Steelers’ will have to stop playing down to their competition and do a better job stopping the run in Week 10.

Ben Roethlisberger’s ability to play at a high level without practicing this week due to being placed on the COVID/Reserve List.

Among those story lines are players who aren’t talked about often, but can certainly play a role in the outcome of the game. This week I was fortunate enough to ask Cincy Jungle’s contributor Patrick Judis several questions leading up to the big game Sunday.

One of those questions was if he could give me a player who isn’t being talked about, but could play a big role in who wins and loses the game. He didn’t disappoint and gave one player Steelers fans should become acquainted with heading into Week 10.

Jessie Bates is a name I will scream until the entire national media is talking about him. We have finally seen some recognition from some national outlets, but Bates should be in the conversation for best safety in the NFL. He has been that good. He has been shutting down most of the passes that have entered his vicinity. Last week, he made a play by picking off Ryan Tannehill in the red zone, which took some important points off the board early.

Cincinnati’s defense has some real holes in it still, but Bates has really shined in 2020. It wouldn’t be surprising to see him be in position to make a few plays on Sunday.

Bates, the third year free safety, has turned into a difference maker for the Bengals’ defense. Through eight games in 2020 he has compiled the following statistics:

The Steelers, mainly Ben Roethlisberger, will have to know where Bates is on the field to avoid the costly turnover. Roethlisberger has only been intercepted four times in the first eight games, three of those coming in one game vs. the Titans, but without many physical repetitions this week you have to wonder how someone like Bates can impact the game.

Depending on how the game goes, the Steelers very well could be leaning on the run to try and set the tone against Cincinnati on Sunday. If they can get James Conner and company going, not only would it control the clock, but also eliminate a ball hawking safety like Bates.

While there are plenty of players who can have an impact on the upcoming game, this player will be highlighted by Pittsburgh, and their fans, during the Week 10 showdown.

For the best news on the opposition, check out Cincy Jungle, and stay tuned to BTSC for the latest news and notes surrounding the Steelers leading up to the 4:25 p.m. kickoff in Pittsburgh.