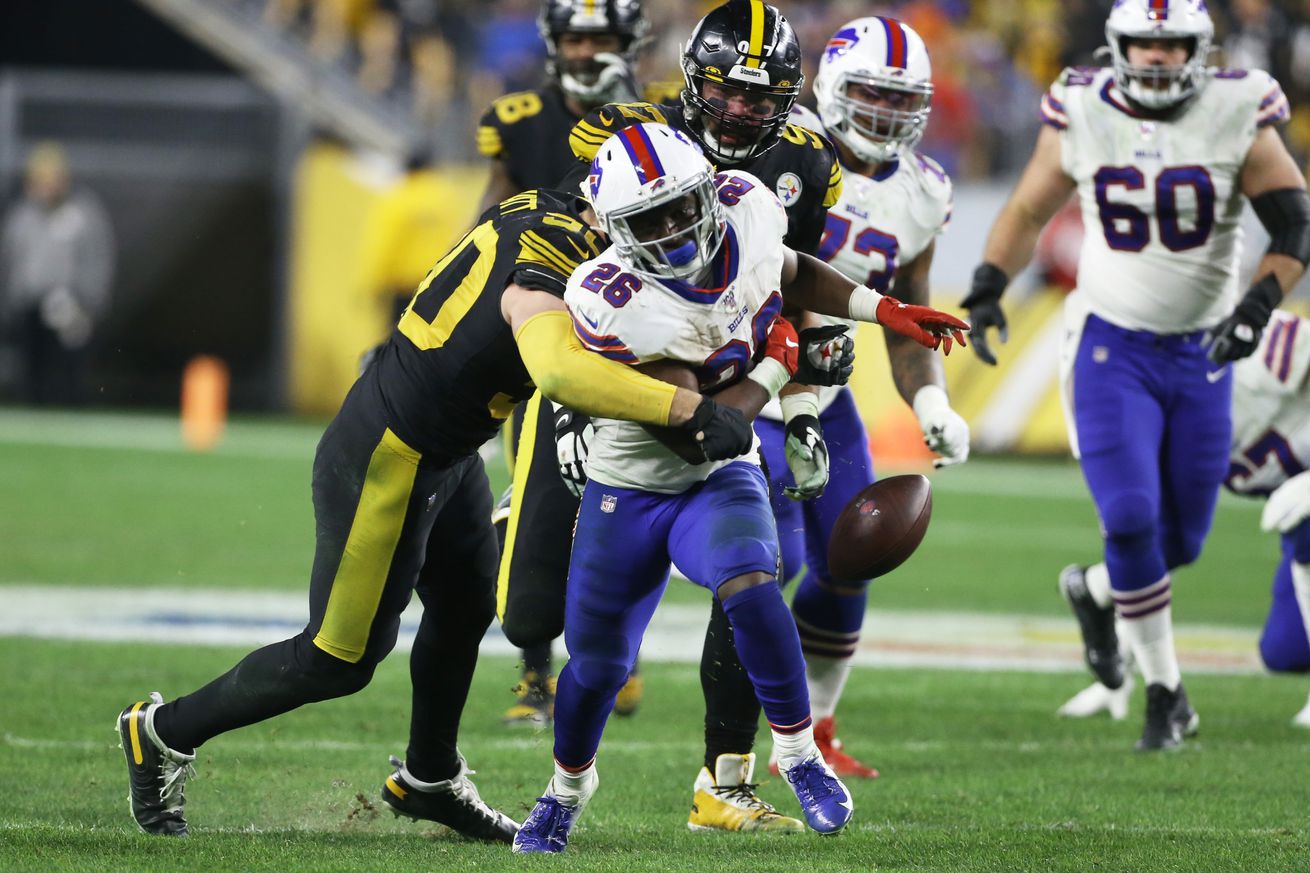 T.J. Watt is about as complete as it gets at OLB, but his knack for causing fumbles is worthy of a breakdown.

There isn’t much to not about T.J. Watt. The Pittsburgh Steelers’ outside linebacker has improved on his game every season since entering the league in 2017. His statistics constantly improve, but one area which has sky rocketed in recent years are Watt’s forced fumbles.

Watt’s rookie season he forced just one fumble, but that number went up to 6 in Year 2. In 2019 he led the league with 8 forced fumbles.

Fans have enjoyed watching Watt come from behind and literally punch the football out of offensive players’ hands. Should we remind you the strip sack he had of Sam Darnold in Week 16 vs. the Jets?

Oh, what the heck, let’s revisit that play:

Watt has shown the ability to fine tune the most detailed aspects of the position, and punching the ball out is certainly one of those.

In the latest Baldy Breakdown, where former player and current NFL analyst Brian Baldinger breaks down plays, he focused on this skill, and how Watt has turned it into a thing of beauty.

Check it out in the video below:

@steelers @_TJWatt helped the #Steelers in takeaways in 2019. What team will lead in #NFL2020? Who is emphasizing it the most, practicing the techniques and going to take it to the field in 8 days? I am studying it every week ONLY in #BaldysBreakdowns pic.twitter.com/H5aQqei47C

There are many fans of the Steelers who wonder how Watt can continue to improve his game year after year, eventually expecting a step backwards or a plateau. However, nothing has suggested this will take place. Watt’s work ethic and attention to detail are second-to-none, and very similar to his brother J.J. Watt.

Can fans expect more forced fumbles in 2020? Only time will tell, but you can expect Watt’s fists to be flying after the football again when the regular season rolls around.

For the latest news and notes surrounding the black-and-gold, be sure to stay tuned to BTSC as the team prepares for the New York Giants on Monday Night Football in Week 1.