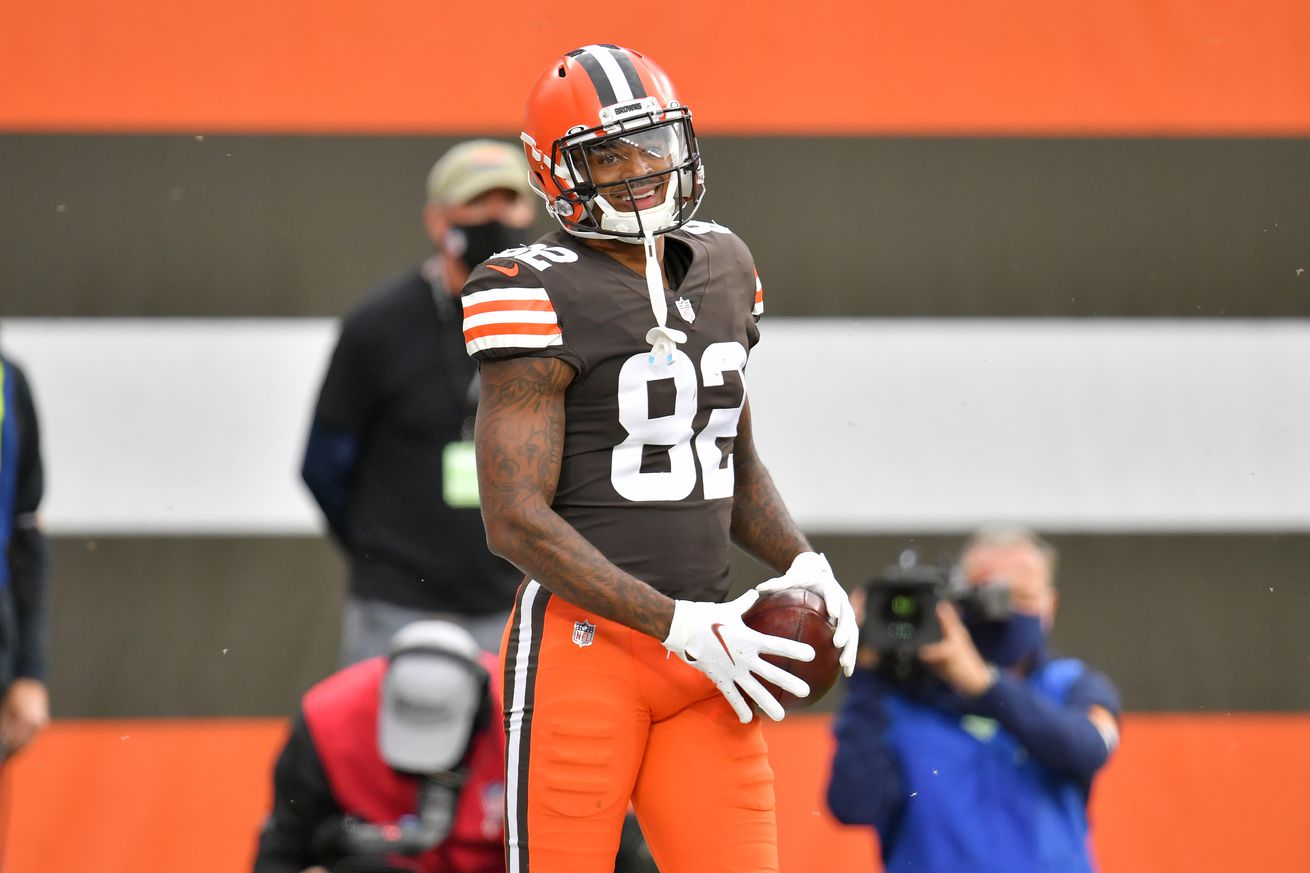 The Pittsburgh Steelers and Cleveland Browns square off in Week 6 and this player could play a big role in the outcome.

The Pittsburgh Steelers and Cleveland Browns renew their rivalry in Week 6, and the battle of the AFC North rivals certainly has a lot of headlines swirling around it.

Myles Garrett’s first game vs. the Steelers since that dreadful Thursday night debacle in Cleveland last year in Week 10.

The Steelers’ trying to keep their record perfect and stay atop the AFC North.

Among those story lines are players who aren’t talked about often, but can certainly play a role in the outcome of the game. This week I was fortunate enough to ask Dawgs By Nature’s editor Chris Pokorny several questions leading up to the big game Sunday.

One of those questions was if he could give me a player who isn’t being talked about, but could play a big role in who wins and loses the game. He didn’t disappoint and gave a player Steelers fans should become acquainted with heading into Week 6.

“Let’s go with slot receiver Rashard Higgins. He is one of the longest-tenured Browns still on the roster, and showed a lot of chemistry with Baker Mayfield during the quarterback’s rookie year. Higgins barely saw the field last year due to an injury and what many people attributed to incompetence by former head coach Freddie Kitchens. However, this year, Higgins had mostly been inactive, because Stefanski was using a blocking receiver (KhaDharel Hodge) as his third wideout. Hodge was injured two weeks ago, so Higgins played half of the game last week against the Colts — he caught all 3 passes thrown to him, including a touchdown, and had a key block on a big running play to help seal the game.”

A week after the Steelers allowed Tyler Fulgham to rip them to shreds, Higgins should be on their radar. If Keith Butler’s defense decides to sell out to stop Odell Beckham Jr. and Jarvis Landry, assuming both play, it could lead to a favorable matchup for Higgins.

Will Mike Hilton, Cam Sutton and occasionally Devin Bush be able to keep Higgins from pulling a Fulgham on them? Only time will tell.

While there are plenty of players who can have an impact on the upcoming game, Higgins certainly will be highlighted by Pittsburgh, and their fans, during the Week 6 showdown.

For the best news on the opposition, check out Dawgs By Nature, and stay tuned to BTSC for the latest news and notes surrounding the Steelers leading up to the 1 p.m. kickoff at Heinz Field.