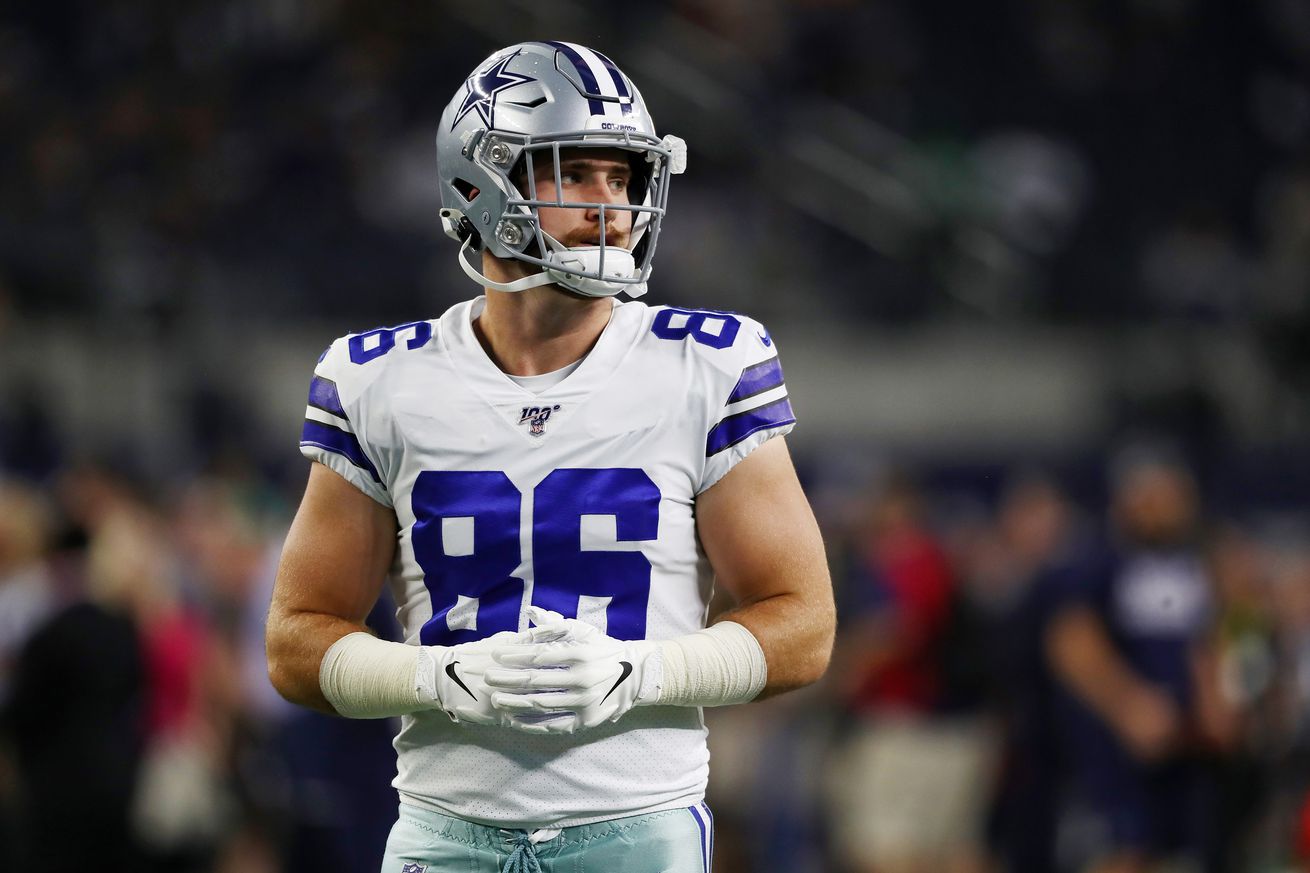 The Pittsburgh Steelers have struggled covering tight ends in the past, and this is a reason why this Cowboys player could have an impact on the upcoming Week 9 game.

The Pittsburgh Steelers and Dallas Cowboys renew their pseudo rivalry in Week 9, and the historic battle between such legendary franchises certainly as a lot of headlines swirling around it.

The Cowboys not having a solidified starting quarterback heading into the game Sunday.

The Steelers’ ability to avoid the “trap game” so many fans fear in a game where the Steelers are double-digit favorites.

Ben Roethlisberger’s ability to continue to improve and make the Steelers’ offense even more dynamic.

Among those story lines are players who aren’t talked about often, but can certainly play a role in the outcome of the game. This week I was fortunate enough to ask Blogging the Boys’ editor Dave Halprin several questions leading up to the big game Sunday.

One of those questions was if he could give me a player who isn’t being talked about, but could play a big role in who wins and loses the game. He didn’t disappoint and gave one player Steelers fans should become acquainted with heading into Week 9.

“Tight end Dalton Schultz is turning into a pretty decent tight end. He’s been here for a few years but has mostly been used as a blocking tight end. That was supposed to be his role this year but the starter, Blake Jarwin, went down with a season-ending injury in the first game of the year (a perfect metaphor for the Cowboys 2020 season). Schultz took over the starting duties and has become a very reliable receiver who is a decent security blanket. He’s not flashy and he’s not going to take over a game, but he can certainly help out the Cowboys offense.”

Steelers fans know how tight ends have been known to gash the Pittsburgh defense, but that hasn’t really been the case with the black and gold this season. If you think about the best tight ends they’ve faced this season, they have held almost all of them in check.

There are certainly areas where the Steelers have struggled this season, but stopping tight ends hasn’t been one of them. And for those who might suggest the only reason the Steelers performed well vs. the tight end was due to Devin Bush’s athleticism, Bush has been out of the lineup for weeks now and a collective of Robert Spillane, Vince Williams, safeties have all helped make the narrative of the tight end burning the defense seem like a myth.

This isn’t to discount the ability of a tight end, even Blake Jarwin, stepping up and making plays this Sunday. Anything is possible in the NFL, and that is something Steelers fans know all too well.

While there are plenty of players who can have an impact on the upcoming game, this player will be highlighted by Pittsburgh, and their fans, during the Week 9 showdown.

For the best news on the opposition, check out Blogging the Boys, and stay tuned to BTSC for the latest news and notes surrounding the Steelers leading up to the 4:25 p.m. kickoff in Dallas.