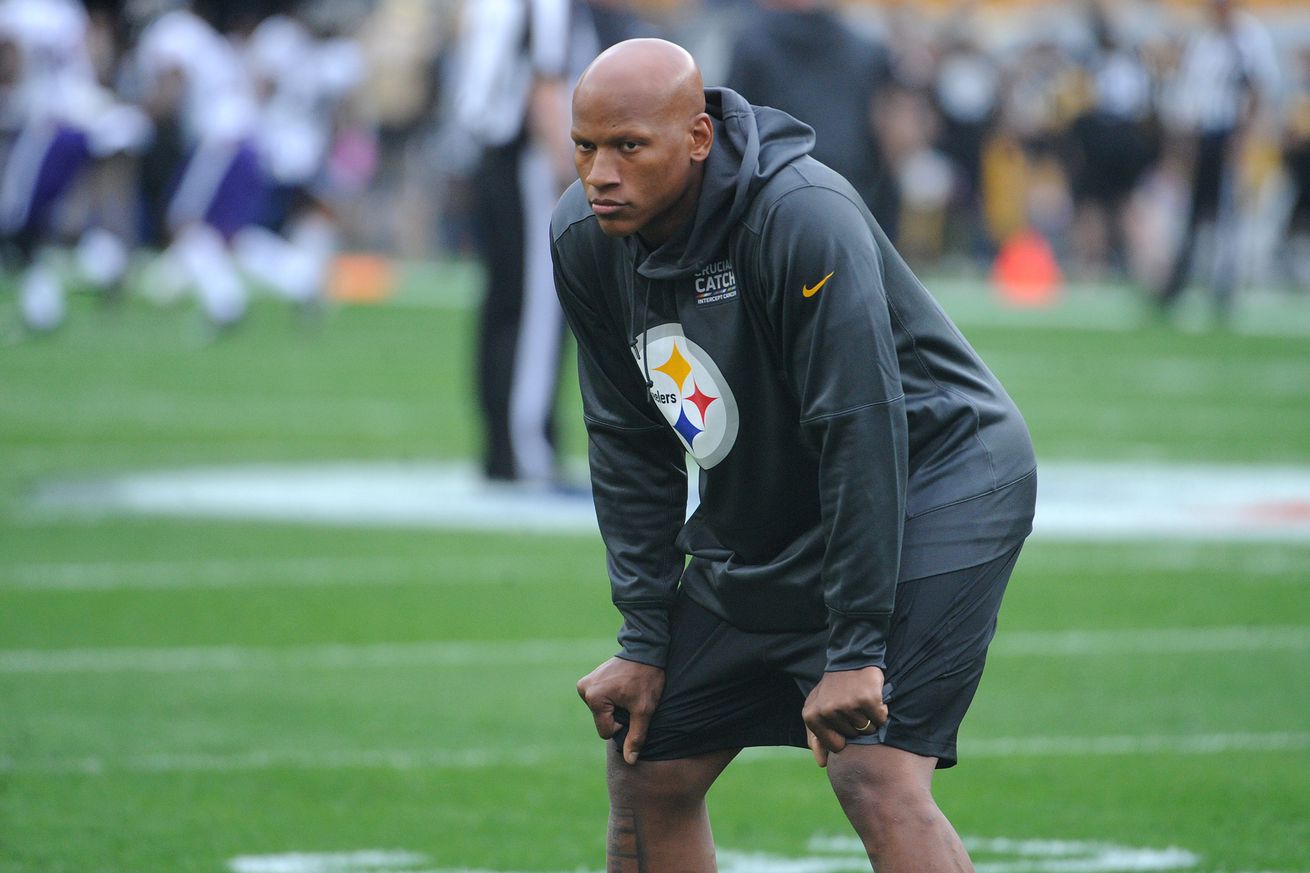 The former star middle linebacker announced his retirement today, ending what was a truly incredible career.

Wednesday morning, Ryan Shazier officially announced his retirement from the NFL. Once the heart of the Pittsburgh Steelers defense, Shazier was forced to step away from football after a devastating spinal injury back in 2017. But, even in his time away from the sport, the linebacker remained optimistic that one day he might return to the field. Unfortunately, it seems as though Shazier has gotten to a point in his life when football is no longer in the cards. Steeler Nation can only hope that he will remain with the team in some capacity, but while we wait for news on what his future will hold, let’s take a look back at his career, and the truly incredible journey that got him to this point.

Shazier entered the 2014 NFL Draft as one of the top prospects on the board after compiling over 100 tackles in each of his final two seasons at Ohio State. He was originally projected as a late first or early second round pick, due to the fact that he wasn’t as big or strong as some of the other defenders available. But, what he lacked in strength, he made up for in speed, as evidenced by his impressive 4.36 40-yard dash at his pro day.

Once the Steelers were on the clock they decided they couldn’t let his talent slip through their fingers, so they selected him 15th overall. Years later, Shazier revealed that the Cowboys actually had plans to take him with the 16th pick before the Steelers stepped in at the last minute. It came as a surprise to many who thought the Steelers would instead take a cornerback since they lacked depth at the position. Still, the move was graded fairly well by most analysts, although some wondered why the Steelers chose Shazier over then Alabama linebacker C.J. Mosley. Both players have had a lot of success in the league, but it’s hard to compare their careers given that Ryan’s was cut so short.

Shazier made a solid impression during the 2014 training camp and preseason, earning a starting spot at left inside linebacker alongside Lawrence Timmons. His first start came against the woeful Cleveland Browns. While he didn’t put up any eye popping numbers, his 6 total tackles and 1 pass deflection were an indication of great things to come for the young defender. The following week, Shazier put his abilities on full display, collecting 11 combined tackles in a loss to the Ravens.

Unfortunately, the rest of his rookie year was plagued by injuries, causing him to only play in 9 games all season. His final stat line included 36 tackles and two tackles for a loss, decent numbers considering how much time he missed.

Similar to his first season in the league, Shazier’s sophomore campaign saw him sit out a number of games due to recurring injuries. However, he certainly made the most of his time on the field, posting 87 tackles and 3.5 sacks in just 12 games. In doing so, Shazier helped the Steelers earn a trip to Cincinnati to face the Bengals in the wildcard round of the playoffs. It was during this game that Shazier made one of the defining plays of his career. Late in the 4th quarter, the Steelers fell behind 16-15, and after backup quarterback Landry Jones threw an interception deep in Steelers territory, all hope seemed lost. With 1:36 left on the clock, Shazier ripped the ball out of Bengals running back Jeremy Hill’s hands. The fumble was recovered by Ross Cockrell, and ultimately set up Chris Boswell’s game-winning field goal, sending the Steelers into the Divisional Round of the playoffs.

The 2016 NFL season saw Ryan Shazier morph into one of the best inside linebackers in the league. Despite only playing in 12 games, Shazier posted 87 tackles and 3.5 sacks, the exact same numbers he posted the year before. He was also a takeaway machine, leading the team with 3 forced fumbles and 3 interceptions. This impressive resume was enough to earn the Steelers linebacker a Pro Bowl nod. Though he certainly would’ve preferred to be playing in the Super Bowl, the Steelers loss to the Patriots in the AFC Championship guaranteed that Shazier would be taking the trip to Orlando. He made two tackles in the game in limited playing time, proudly representing the city of Pittsburgh.

The Steelers enjoyed an incredible start to 2017 season, boasting a 9-2 record 11 weeks into the season. However, disaster struck in the first quarter of a Monday Night Football game against the Cincinnati Bengals. On a 2nd and 5 just three minutes into the game, Andy Dalton completed a short crossing route to rookie Josh Malone, and Shazier came up to make the tackle. Shazier stopped the receiver short of the first down marker, but couldn’t get up, instead staying on his back. As the medical team rushed to his aid, a hush fell over Paul Brown Stadium. Shazier was carted off the field minutes later, leaving the Steelers without the leader of their defense. It was clear, though, that this injury was much bigger than football. The next morning, the news that Shazier had suffered a spinal contusion took the sports world by storm as people began reaching out to send their best wishes his way. There was no question the young linebacker was done for the year; he was about to face the most challenging battle of his life.

The months following Shazier’s injury were filled with much uncertainty as Steeler nation waited anxiously to hear news on their star linebacker. Without his presence, the team struggled in the divisional round of the playoffs, giving up 45 points to Blake Bortles and the Jaguars in a devastating loss. But, as much as fans wanted Shazier back on the field as soon as possible, the focus was on his health, and making sure the injury did not leave him permanently scarred. In late February, GM Kevin Colbert announced that the heart of the Steelers defense would remain with the team but would not be able to participate in the 2018 NFL Season. This was not satisfying news for fans, who wanted some reassurance that Shazier would be okay. They got it two months later, when Shazier and his girlfriend walked onto the stage together to announce the Steelers first round pick. It was a truly heart-warming moment, and one that brought tears to the eyes of viewers everywhere.

One of the greatest NFL Draft moments of all time:

Ryan Shazier walks out to announce the @steelers pick in the 2018 Draft, just months after suffering a severe spinal injury. pic.twitter.com/vqcQvR1cR0

Ryan Shazier has made an incredible amount of progress since he stepped onto that stage over two years ago and he continues to inspire people across the globe with his courage and resilience. Even though his career may have been cut short, he will go down as one of the best Steelers players of the decade, and will remain in the hearts of Steeler Nation forever. Kevin Colbert said it better than anyone when he told Shazier, “I just want you to know, you can retire from the game of football, but you’re never going to retire from being a Pittsburgh Steeler.”