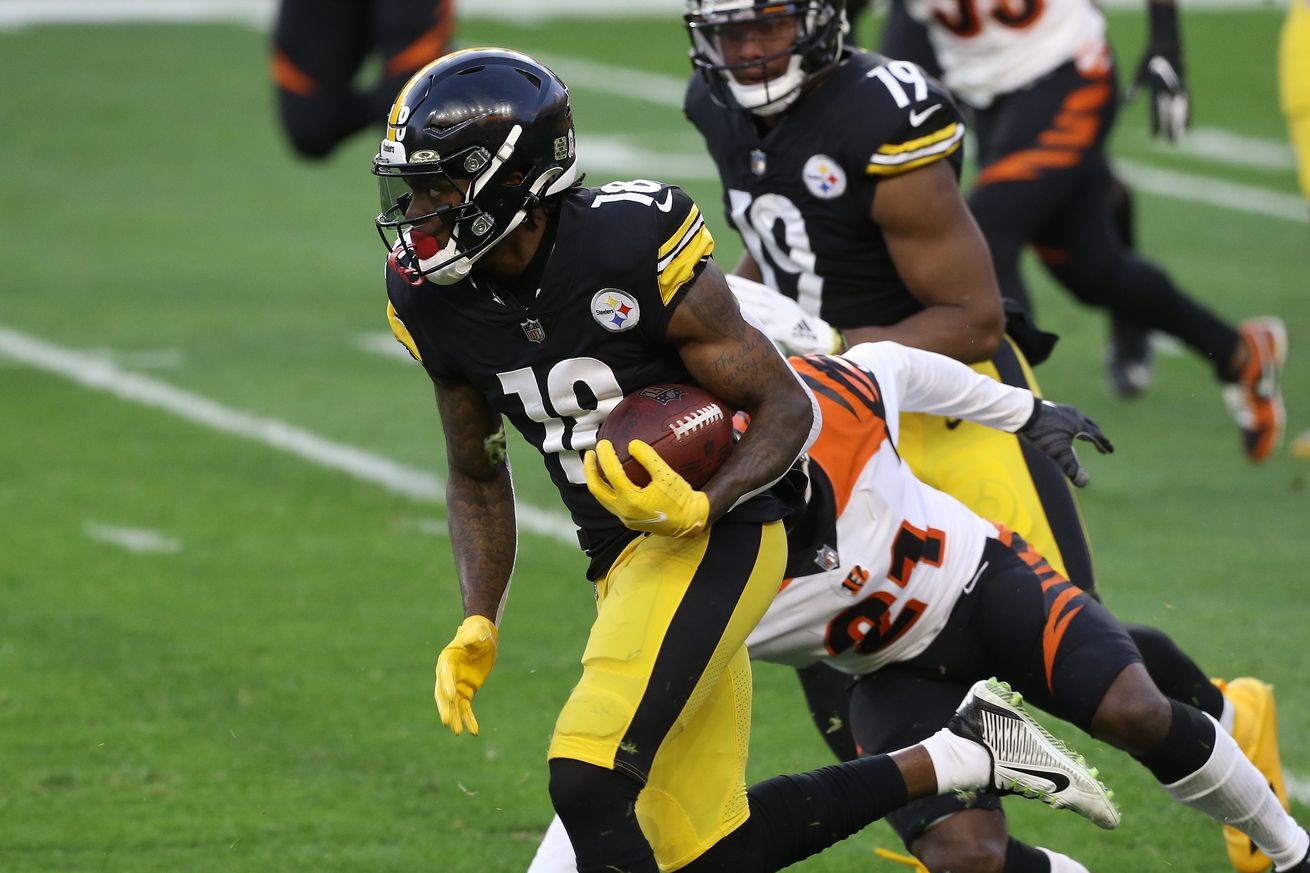 The Pittsburgh Steelers are still undefeated and put some distance between themselves and the rest of the AFC North.

The tenth week of NFL football is behind us, and it was quite the week in the AFC North division. With that said, it is time to see how the Baltimore Ravens, Pittsburgh Steelers, Cincinnati Bengals and Cleveland Browns all did in the week that was.

The weather was certainly a factor for all of the AFC North games this weekend, and the Browns and Texans saw some crazy winds off the shores of Lake Eerie. The weather made this an extremely low-scoring affair, one which was dominated by the team with the better running game. Both Nick Chubb and Kareem Hunt went for over 100 yards on the ground as the Cleveland defense kept Deshaun Watson and company in check. If you look at the Browns’ upcoming schedule, if they fall off and out of contention they will have no one to blame but themselves.

The Steelers dominated the Bengals, even more so than the final score might indicate. The Steelers’ struggled to cash in on quality field position early in the game, and had to rely on Ben Roethlisberger’s arm to win move the football. Not ideal, but on a day which also saw heavy rains before the game and severe wind in the first half, putting up 36 points is still a significant number. You won’t hear anyone apologizing for this win, and the Steelers remain a perfect 9-0.

While the Steelers, Browns and Bengals dealt with wind, the Ravens and Patriots played in a downpour which only got worse as the game went on. This game wasn’t pretty, or really fun, to watch, but Cam Newton and the Patriots’ defense made just enough plays to keep their playoff hopes alive, while putting a huge dent in the Ravens’ hopes of winning the AFC North for the third straight year. The loss not only has them tied in second with the Browns, the head-to-head win gives them the advantage right now, but 3.5 games, the head-to-head loss being the half game, behind the Steelers in the division race. It will take more than just a win on Thanksgiving night to overcome this deficit, and the road doesn’t get much easier for the Ravens.

Baltimore Ravens: vs. Titans, at Steelers (TNF), vs. Cowboys
Cleveland Browns: vs. Eagles, at Jaguars, at Titans
Pittsburgh Steelers: at Jaguars, vs. Ravens (TNF), vs. Washington
Cincinnati Bengals: at Washington, vs. NY Giants, at Dolphins