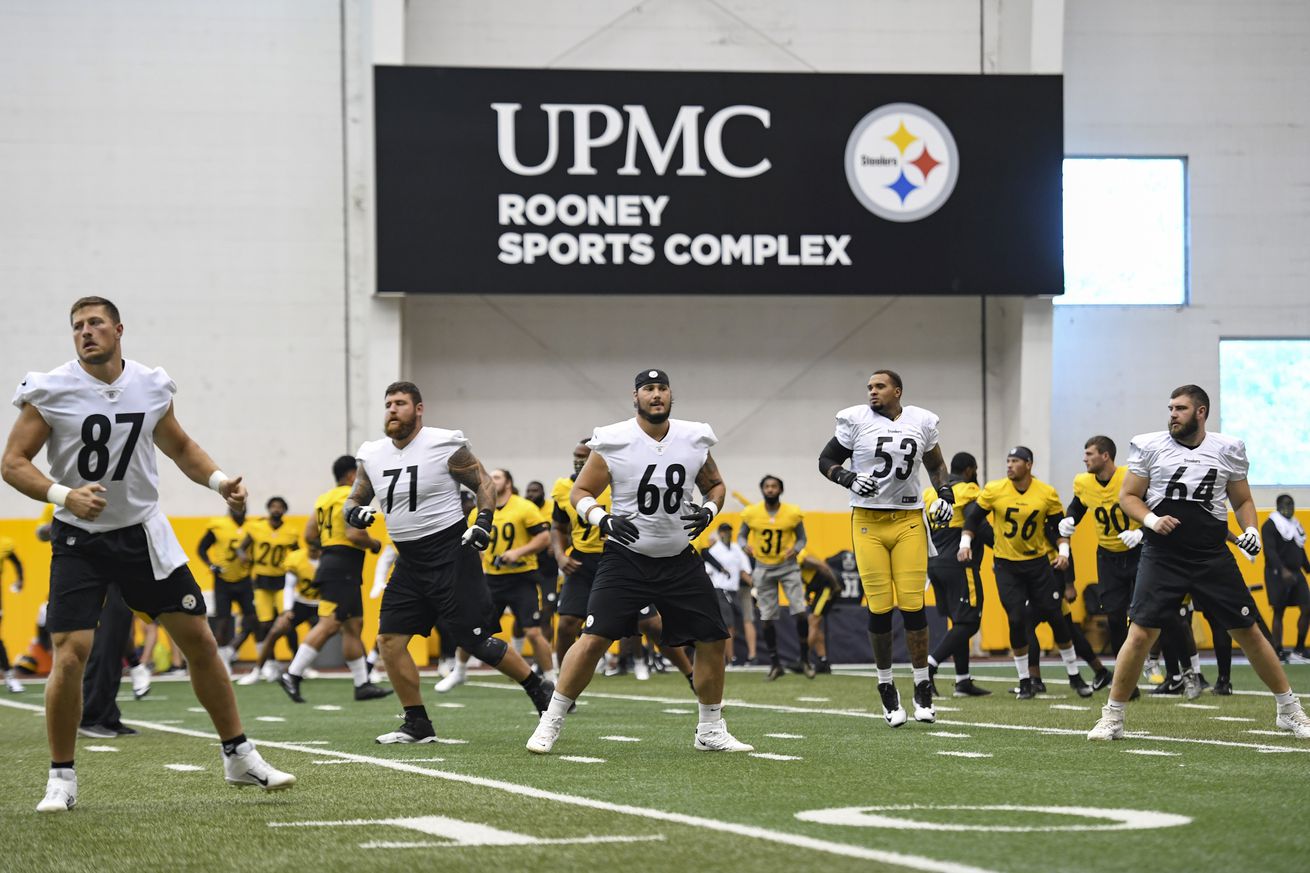 The Steelers will be kicking off their 2020 regular season in just over a week.

I feel weird writing this article, because I kind of fear I will become a story on one of those cryptic websites you always see at the bottom of other websites such as Behind the Steel Curtain: “He was excitedly writing about the start of the Steelers 2020 regular season, but he had no idea what was creeping up behind him.”

Does anyone ever try and find out what is going on behind those poor, unaware people in the pictures?

Forgive me for possibly jinxing anything, but I can’t believe it is finally early September. What does that mean? It normally means we finished watching the Steelers final preseason game and listen to Bob Pompeani and Charlie Batch talk almost as much about the Heinz Field Kickoff and Rib Fest as they do about whatever Steelers down-the-liners are trying to win one of the final roster spots as they take on other down-the-liners from the Carolina Panthers.

But since this is unlike any September we’ve seen since the Flu Pandemic of 1918—something that pre-dated the existence of the National Football League—we did not get to watch the annual final preseason snooze-fest between the Steelers and Panthers, nor was there the annual Heinz Field Kickoff and Rib Fest for the KDKA TV crew to promote. As for those down-the-liners who are trying to make one of those final roster spots? That’s the Steelers’ little secret this season. I mean, it always is, but we generally have a better idea thanks to preseason football. And as we saw on Saturday with some surprising roster moves, we couldn’t get a correct prediction with or without games to watch.

If you’re a Steelers fan who is trying to get along in life amid the Coronavirus Pandemic of 2020, you’ve been deprived of a lot of things you’re normally used to this time of year—including training camp access, less covert media coverage and, of course, those aforementioned preseason games.

But we’ve come a long way since March. Heck, we’ve come a long way since even July, when it still didn’t look like the NFL would be able to pull off the middle part of its famous acronym in 2020. We’re here, though. To repeat, it is September, which means we’re now less than a week away from the start of the NFL’s Annual Thursday Night Kickoff Game between the defending Super Bowl champion (this year, it’s the Chiefs) and a team that’s eager to remind said champion that the NFL often stands for Not For Long when you’re on top (this year, that’s the Texans). After that, it’s a whole weekend of NFL games that we’ll get to sit and watch from the comforts of our own living rooms. That’s right, after months of doing nothing but watching scripted streaming shows from the comfort of my own living room, it will be nice to watch some reality TV in the form of NFL football.

After that, on the evening of September 14, it will be Monday Night Football, starring your Pittsburgh Steelers, who will be taking on the New York Giants at MetLife Stadium. I always have to Google MetLife to see if the “L” is capitalized (it is). I often have to Google such things whenever the Steelers play at away stadiums. I didn’t think I’d get to do that this year. No, I likely won’t be able to attend games in any of the 32 brand sponsored NFL stadiums in 2020, but I’m poor—I rarely get to go to games.

But my recliner has been sitting in the corner of my living room since 2008, when I first moved into my current apartment. I sit in that recliner just about every Sunday and Monday while watching NFL football (that is, of course, when I’m not in someone else’s recliner watching a game).

The pandemic has taken away so much for so many since March. To reiterate, it has even affected NFL fans and many of the annual traditions they hold dear.

But it hasn’t affected the actual game on the field. The virus hasn’t been able to take that away from us.

It’s September, the same month that the Steelers will be playing real football.

I just looked behind me, there’s nothing there. I think we’ll be fine.