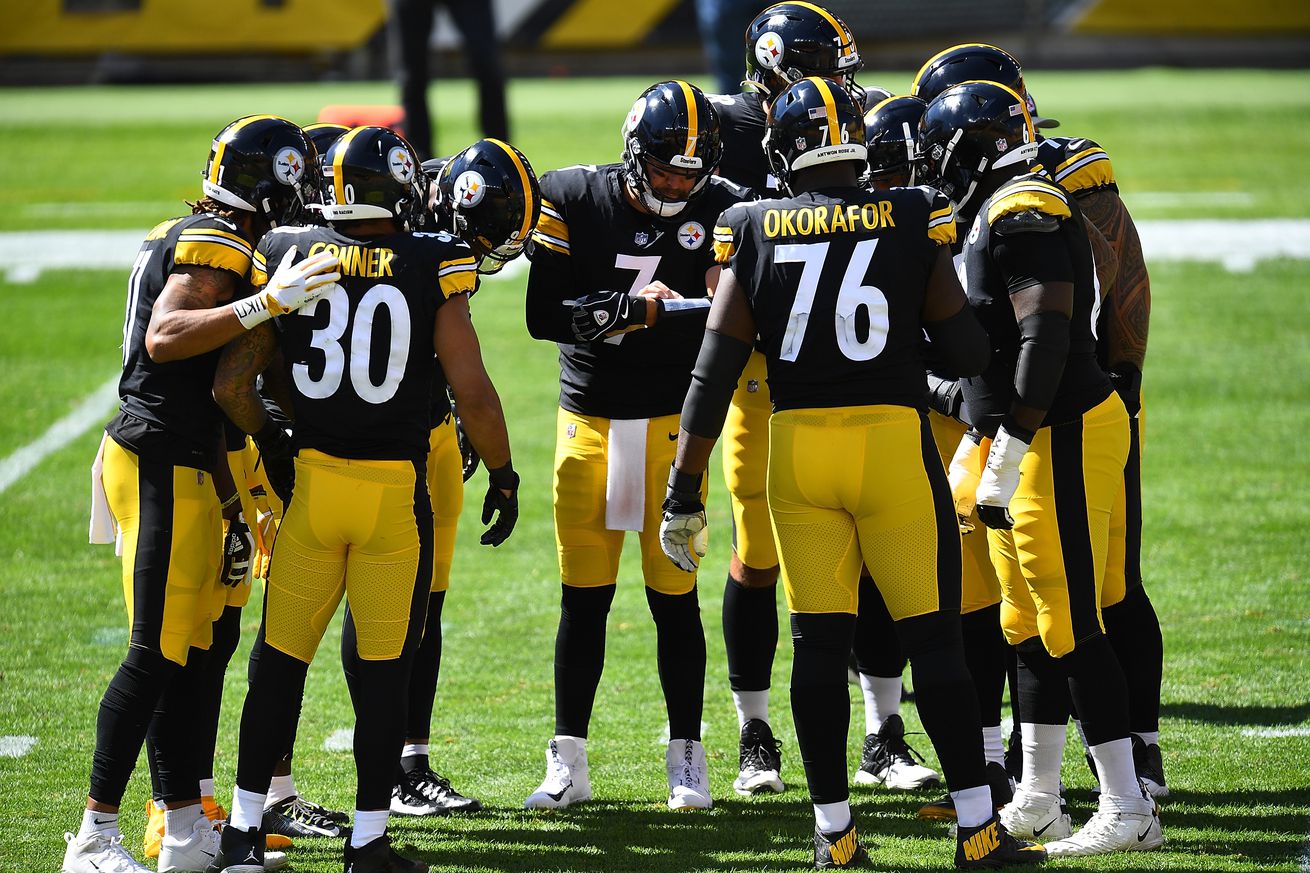 As they prepare for the Philadelphia Eagles, the Steelers are summoning their inner George Costanza.

It’s an article about nothing.

Week 4 of the 2020 NFL season was a whirlwind of events for the Pittsburgh Steelers. Between preparing for the Tennessee Titans, to having their game moved to Monday or Tuesday, then ultimately having their bye week thrust upon them only to play the Titans later in the season, there was a constant stream of news in regards to the Steelers.

After three days away from the facility, the Steelers returned to work on Monday for their typical bonus day of practice coming out of the bye week. On Tuesday, players were given the day off again and we heard from head coach Mike Tomlin per usual.

There were the typical player interviews over Zoom as well as the offensive an defensive coordinators. Of course frustrations about last week were discussed by many. But really, it was a pretty uneventful week for the Pittsburgh Steelers.

First, the Steelers did not make a transaction in Week 5 in regards to the 53-man roster or their 16-player practice squad. It was the first time all season there wasn’t at least some bit of shuffling. With the report of the arrest of Steelers practice squad offensive tackle Jarron Jones, some expected at least a swapping out of players on the practice squad. But the Steelers have the same 69 players in Week 5 they had when they stepped away from the facility the previous Thursday.

Even the Steelers designating their 4 protected players on the practice squad was minimal. Yes the players were announced, but most of the Pittsburgh media did not even report that Deon Cain, Henry Mondeaux, Wendell Smallwood, and Jayrone Elliott were the four players chosen.

The biggest news of the week was when T.J. Watt popped up on Thursday’s injury report where he did not practice due to a knee injury. But reports followed quickly about how it was more precautionary and does not appear to be an issue which will affect Watt’s status for Sunday.

With no game to discuss from this past weekend, it’s been a very quiet week when it comes to the Pittsburgh Steelers. Other than the carryover from the events of Week 4 which is much more about the Titans than it ever was about the Steelers, there has been nothing out of the ordinary. But that is a good thing.

It appears the Pittsburgh Steelers are down to business. With any sort of shuffling of their roster being done following their Week 3 game with the Houston Texans, there’s nothing else for the Steelers to do other than put in work, follow protocols, and stay focused on the task at hand.

Is it just me, or did I just write my first Seinfeld article? No, I did not outline anything from the 10-time Emmy award-winning sitcom which ran from 1989 to 1998. Instead, it’s more about the basis premise of the show as well as the show George Costanza tried to pitch to the executives at NBC. In reality, this article was basically about nothing.

I’m sure many of our loyal readers will point out plenty of my articles which they feel are ultimately about nothing. But this was the first time it was intentional.

For the most part, nothing happened for the Steelers this week as they prepared to take on the Philadelphia Eagles. Although this makes for what could be considered a slow news week, it ultimately makes for a great situation heading into Sunday. And when it all comes down to it, the play on the field Sunday is all that matters.